DeGrom Justifies The Mets Opening Up the Piggy Bank 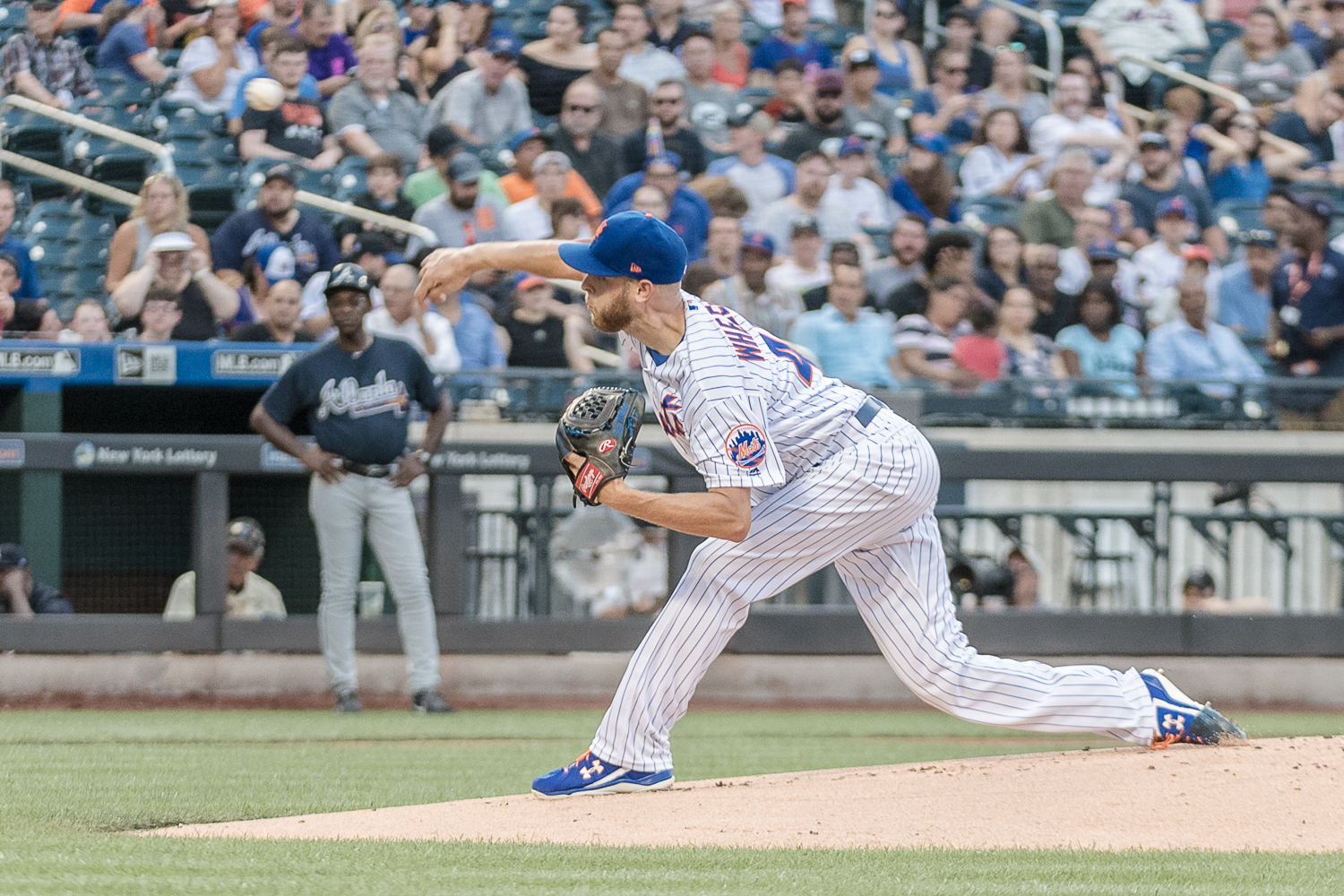 Some wondered whether the price tag for Degrom’s extension was too steep. Almost 138 million over five years at his age did shock some. Giving someone who some perceive to be at, or past his apex 27.5 million a year is a risky move. DeGrom seems to be picking up where he left off. He is 2-0, blanking the Marlins over seven strong.

His 14 strikeouts stand out the most, while scattering just 3 hits. The Marlins or any MLB team rarely strike out fourteen times. In Layman’s terms, this dude is straight up dealing. Oh and by the way, he helped his own cause and hit a home run. DeGrom may eventually regress, but right now his aging is more akin to wine. Objectively speaking, he is currently the most dominant pitcher in baseball. His numbers reflect that and his philosophy of the game is adapted to catalyze success.

The Met’s ace has become a surgical, truly intelligent pitcher. His prime is now and it isn’t due to a 100 MPH heater. Nor is it due to one pitch being untouchable like Rivera’s cutter. When pitchers don’t have the luxury Mariano did, in that his cutter extended the longevity of his career. He has four reliable pitches, of which he uses the fastball and slider the most (58% and 20% respectively ). Degrom’s emergence of his change up has translated into another asset. He goes to the change about 14%, but it seems like he isn’t afraid to break it out. Going one further, he seems eager and confident to go to his third pitch in tough scenarios. 3-2 payoffs and jams aren’t just two dimensional anymore. The change up, a polished worked on pitch, has been years in the making. Credit when credit is due, DeGrom has worked on his craft incessentantly.

The former Stetson shortstop, hurls 70% first pitch strikes. Goes without saying, absolutely imperative. He is letting his field do their jobs, not attempting to throw the ball past lineups. Batters are producing contact 83% of the time on pitches within the zone. This game he did sit down 14 via the strike out, but aggregately analyzing points to crafty tactics. One of which is inducing batters to chase balls out of the zone strategically. 34% of his balls are placed on the exterior of the strike zone. 61% of which are put into play, an easy correlation can be seen. He is pounding the zone early, having faith in contact-driven outs, and bad balls are looking feasible for hitters. Everyone loves the strikeout, but the Glavine-like tactician is a lost art. Bartolo Colon is a recent player who could put the ball wherever, any count, any situation.

DeGrom is semi-alike, but with a heater that still packs a potent punch. Command is the name of the game, but command with an aging fastball can extend or end careers. His fastball can hover around 96, but with a career fastball velocity average of 95.3, this sticks out. His velocity is actually up a tick. This is a recipe for double digit strike out performances. The key is to not become infatuated with the cheddar, his development of other pitches has led to his uptick in velocity. The last thing the Mets need is an injured reigning Cy Young Award Winner. These nights against mediocre teams where 14 K’s isn’t rare are sexy, but a tease. Against legitimate division contenders ( namely the Phillies, Braves ), he won’t be able to rely heavily on the swing & miss. Inducing non-square contact can neutralize high octane offenses, of which they both have.
Again, its early and we’ve seen the ship go down in record time before. DeGrom will turn 31 this year and will be 35 under contract. The investment was an enormous gamble, but DeGrom has turned from a thrower to a chess minded pitcher. He always seems to be three moves ahead and is unfettered under high pressure. Taking care of his health, development of pitches, hard work, and so on have had a part in his meteoric rise. The man is elite, no matter how you cut it. His baseball IQ has increased, which is paying dividends. His physical attributes have increased, no doubt about it. A short memory and stress management is what sets apart the All Stars and Cy Young winners. Anyone can pitch feeling good and unpressured. Hitting spots, under duress is the ideal pitcher. Youngsters should try to emulate this man, the future isn’t throwing cheese by hitters. The avenue for the youth is to emphasize dealing with stressful scenarios and knowing the game. A jam is a jam, only if one makes it so. Hitters adapt to 100 MPH fastballs and send them just as fast out of the park. DeGrom is a role model, class act, and most importantly the Met’s most vital asset.

Any player could learn from him, but Syndergaard needs to pick DeGrom’s brain. The faster Noah can transition to becoming a artist, not a physical specimen who hurls a ball, the better.
DeGrom is Picasso, whereas Syndergaard is drawing stick figures. Artistry and the speed one attains it can define a pitcher’s legacy.