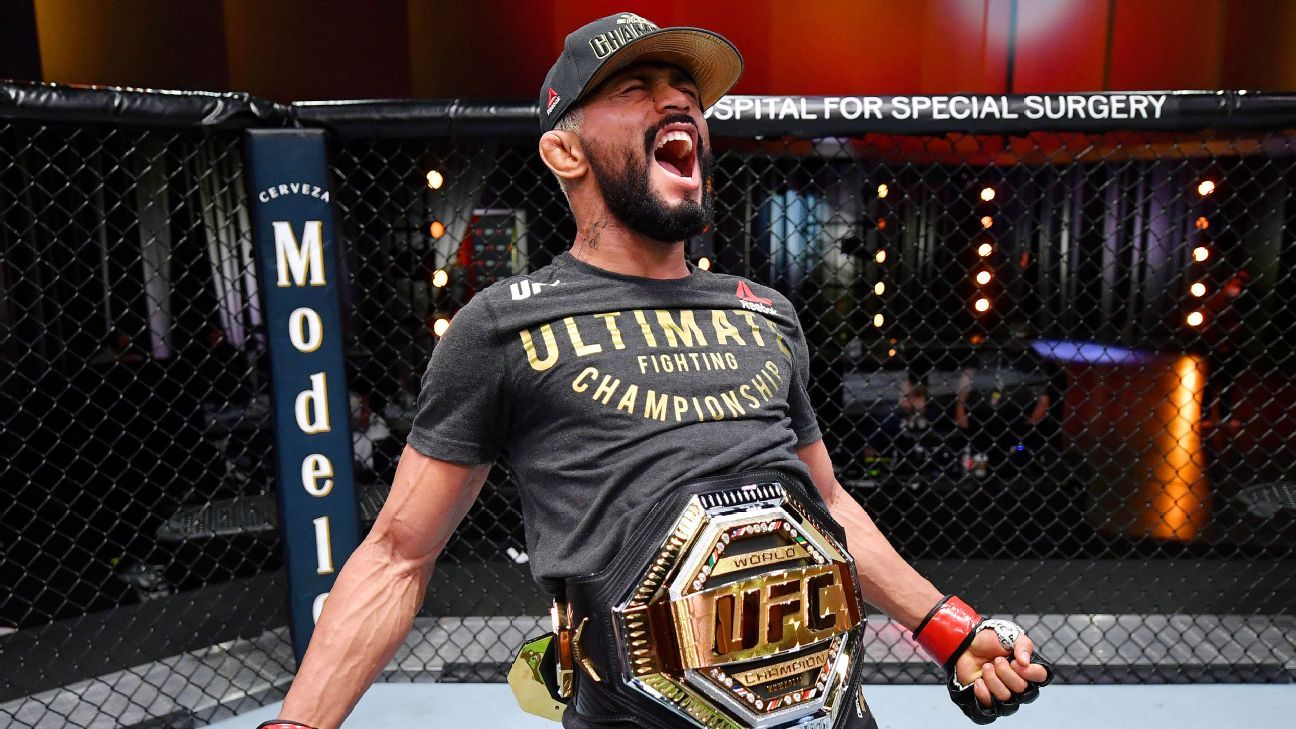 Deiveson Figueiredo made quick work of Alex Perez at UFC 255. Remarkably, the flyweight champ has agreed to make another title defense next month at UFC 256. Doing so will put him in very rare company.

Figueiredo will join UFC Hall of Famer Tito Ortiz as the only fighters, since the rules were unified in 2000, to headline back-to-back UFC PPV events in consecutive months. Ortiz took center stage at both UFC 28 (Nov. 17th 2000) and UFC 29 (Dec. 16th).

Everything fell into place for Deiveson Figueiredo to make this three week turnaround. First, he took very little damage in defeating Perez at UFC 255. Second, Brandon Moreno separated himself as the clear-cut number one contender after beating Brandon Royval. Third, Petr Yan, who was supposed to headline UFC 256, withdrew for personal reasons just hours later.

UFC 256 needs a main event and Deiveson Figueiredo stepped up to save the day. He will fight Brandon Moreno at UFC 256 on Dec. 12th.

Essentially, Dec. 12th would be turned to a Fight Night, headline by Tony Ferguson vs Charles Oliveira. Then, UFC 256 would take place the following weekend (Dec. 19th). The reasoning is because the card on the 19th looks more like a PPV right now than the one on the 12th. Sign me up.

Don’t worry, Figueiredo would still hold both records mentioned above.

UFC President Dana White has already expressed his concerns about both Figueiredo and Moreno having to make weight again in three weeks. He confirmed that the champ will stay in Vegas, rather than flying back to Brazil.

Whether it’s Dec. 12th or Dec. 19th, Deiveson Figueiredo will make another title defense in less than a month’s time. He will place himself in a class of his own if everything goes as planned.