Delayed NBA Season, So Will Durant Come Back Early? 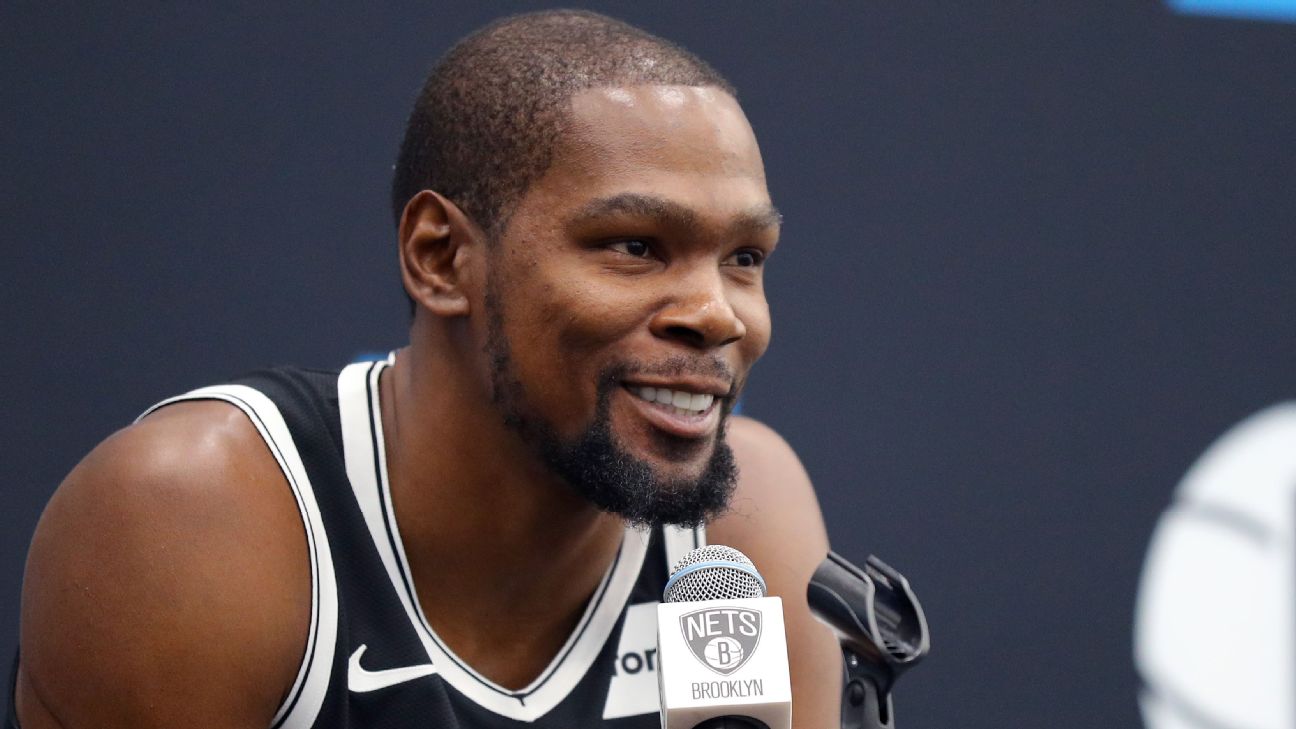 As we’re now in day six of this NBA suspension due the Coronavirus pandemic, many are wondering what this means for the injured stars of this league regarding when they can make their long-awaited return to the court. With that being said look no further than Brooklyn’s best player, Kevin Durant. The first year Brooklyn Net has tested positive for COVID-19, and is working his way back from a torn Achilles.

This news came shortly after the Nets revealed that four of their players on the team tested positive for the virus. Durant says he feels fine, which is most important as he and other victims will be watched closely. However, before this news broke many were wondering if the delayed season means that Durant will be back on the court this year as opposed to having to wait until next season.

It’s been nine months since Durant went down with that terrible injury in the NBA Finals last year. Shortly after the injury it was concluded that the 10x All-Star would miss around 12 months. Then earlier this season, after Durant brought his talents to Brooklyn, Nets GM Sean Marks told everyone that they shouldn’t get their hopes up about a 2019-20 return because Durant won’t play until the 2020-21 season.

Now however, since this coronavirus has the world at a stand still and the NBA season at a pause one would think this may change things. Commissioner Adam Silver said a few days ago that the NBA season would be on a hiatus for at least 30 days, but new reports are saying that mid to late June is looking more realistic. That’s right around the time that Durant is expected to be all healed up, but hold your horses, according to KD’s longtime business partner, Rich Kleiman.

“Honestly, not very realistic from my standpoint, and not even spoken about,” said Kleiman. “It feels like (Durant playing in the 2019-20 season) clearly was not something that was in the cards prior to all this. And now, I think just like the rest of the world, it’s hard to take anything more than day by day.”

Therefore don’t be so quick to have Durant helping the Nets during their playoff run this year. It should be a good feel out process for Brooklyn, but we (the basketball world) have already seen what happens when KD is rushed back from an injury prematurely, and we don’t want to take those kinds of chances. After all, $38 million of the $164 million that Durant signed for with the Nets is being paid out to the 2x NBA champion while he sits on the sideline. Brooklyn wouldn’t want to make that number go up.

The Nets are better off playing it safe and saving Durant for next season when Kyrie Irving is also back and the team is at full strength.