Deni Avdija to the Warriors: Scary for the Dubs or the League? 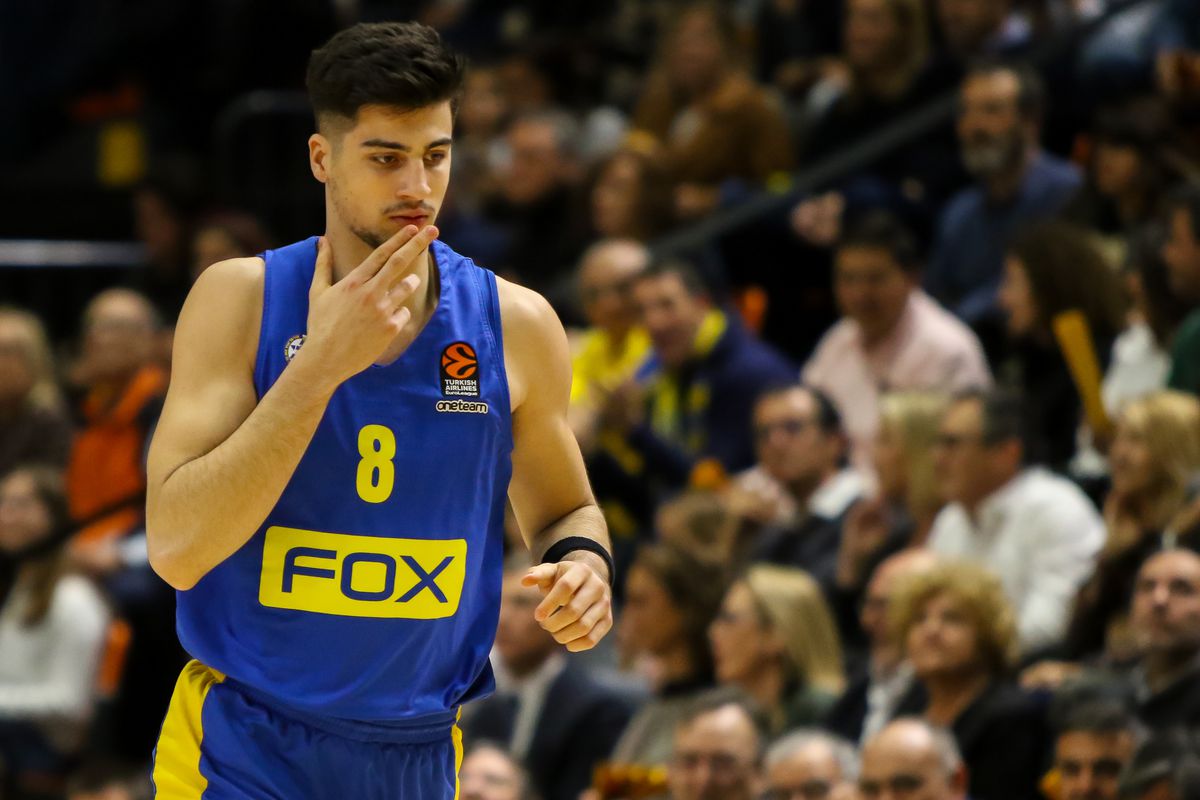 The Deni Avdija to the Warriors train has officially left the station. After the Warriors were said to be low on Anthony Edwards, James Wiseman, and Lamelo Ball, it was only natural that someone overtook them on their draft board. Enter the Israeli phenom, who’s been the subject of non stop leaks of adoration. Josh Schrock recently reported that the Warriors are higher on Avdija than Ball and Wiseman, and Kevin O’Connor predicted that the Dubs would grab Avdija in his most recent mock draft. Though the 6’9” Maccabi Tel Aviv product isn’t the highest-name prospect that will be available to the Dubs, the Warriors could strike gold by scooping up Deni with the second overall pick in this year’s draft.

Advidja represents the only high-level talent that will allow the Warriors to benefit right away. Though he hasn’t developed a reliable shot, Avdija is the most polished cutter in the draft, an essential skill for fitting in with the Warriors offense. He can immediately garner an Omri Casspi-plus role– a player who though reluctant to shoot will generate easy buckets from reading and exploiting holes in the defense.

With the exception of an occasional three-pointer, Casspi’s entire offensive repertoire in his stint with the Warriors consisted of plays such as the following:

Avdija will be able to execute cuts like this from day one, as he’s already demonstrated a wide arsenal of ways to slice up the defense. Here, he recognizes the fact that all five defenders are ball-watching, and strides right down the middle of the weak-side help for an easy bucket.

Deni’s also used to picking apart the defense from the corner–an essential skill given that the Dubs will expect him to frequently spot up from there.

On the ball, Deni has shown a lot of promise as a ball handler and passer. Though he didn’t assume primary ball handler duties at Maccabi Tel Aviv, he was the star of Israel’s under-20 team, and after the Israeli league recently resumed his usage shot up, a large part of why he was awarded the 2019-2020 MVP. When you watch him push the pace in transition, it’s not difficult to imagine the effectiveness of moves like this when the Splash Brothers are on the court.

Avdija also has a promising low-post game. Though he still needs to work on consistently punishing switches, his ability to pass from the elbows is already developed. This play here is nothing short of showing off:

He’s also flashed potential as a great fit within the Warriors offense. It’s no secret that the Dubs rely on offball movement as the backbone of the offense, and Avdija is already well-steeped in complex sets. Watch how he expertly uses a series of screens to make his defenders look like they’re playing CYO ball:

He can also play his part away from the ball–check this relocation play off a series of screens, similar to the looks Steve Kerr regularly generate for the Splash Bros:

Deni’s upside for Golden State is obvious. He will be able to integrate into the Warriors offense immediately, and his ability to make plays on and away from the ball will give the Blue and Gold yet another wrinkle in their offense– namely the ability to run Stephen Curry and Play Thompson off the ball simultaneously. Add in his potential as a shooter and ball handler, and it’s clear that Avdija could immediately vault the Dubs back to title favorites. Should he be able to garner a consistent shooting stroke, he could be the Warriors’ first post-Splash Brothers building block.

However, Avdija could also pose a nightmare to the Warriors organization rather than the rest of the league. Though he passes the eye test with flying colors, the numbers tell a different story. His shooting motion looks good–eerily reminiscent of Danilo Gallinari’s jumper– but he’s yet to shoot over 34% from three in any of his runs on the Israeli national team or Maccabi Tel Aviv. His free throws are also a major source of concern. He’s consistently shot in the 50’s from the line, which has to be extra spooky given that Markelle Fultz (the last highly touted prospect to struggle with free throw shooting) has taken three years to even consistently see the floor. Watching Avdija will surely be an exercise in holding one’s breath for Warrior fans, but after the trudge that was the 2019-2020 season, something to hold their breath about will be a good change of pace.

If Avdija somehow slips by the Warriors, it’s difficult to imagine him falling any lower than the fourth pick, owned by the Chicago Bulls. Chicago’s largest current needs are a wing and a playmaker, and Avdija could potentially solve both of those. His size and ability to pass off the dribble make him an ideal pick and roll/pop partner for Lauri Markannen and Wendell Carter Jr., and should hopefully encourage Zach Lavine (whose 1.23 assist to turnover ratio is…less than ideal) to shift his focus towards playing away from the ball.

Avdija is the best foreign prospect to touch draft boards since Luka Doncic, whose fall on draft night is already an all-time travesty (how do you pass on a 19 year-old who won Euroleague MVP, Euroleague Finals MVP, and looked nearly as good as Goran Dragic on the Slovenian national team?). Though Deni is less of a sure thing, the Doncic debacle could further sway GMs into selecting him higher than usual–after all, nobody wants to make the same mistake twice. Most mock drafts have him going off the board at the end of the top five, but make no mistake about it–Avdija is a real threat to go off the board earlier and could easily grow to be the best player from the 2020 draft class. If that happens in a Warriors uniform, there’s a good chance that we may see the Dubs emerge as a dynasty yet again.

Lakers Offseason: Revamp For The Repeat
The Amateur’s Guide to the 2021 NBA MVP Odds