Dennis Schröder Is the Perfect Fit For Los Angeles 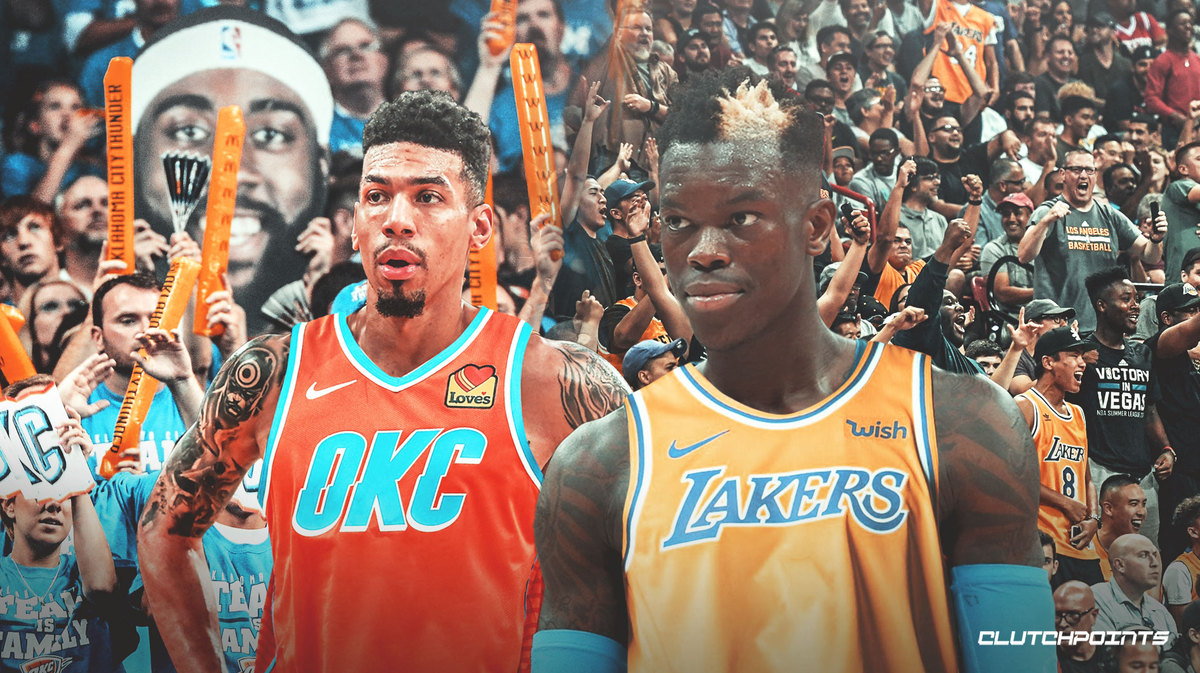 The Los Angeles Lakers have officially completed their trade for Dennis Schröder Wednesday night following the NBA Draft. In return for Schröder, Los Angeles gave up Danny Green and the draft rights to Jordan McDaniels to the Oklahoma City Thunder .

In the rare occasion of who “won this trade,” both teams won. The Lakers received a secondary ball handler and a playmaker when LeBron James rests. Not to mention that he also is a knockdown shooter from three.

The Oklahoma City Thunder have already traded away Danny Green to the Philadelphia 76ers for Al Horford and future draft picks.

What the Lakers Are Getting

The Lakers made this trade with the expectation that Rajon Rondo would not return after declining his option. And if anything showed us last season, the Lakers looked unstoppable when they had a secondary playmaker.

Losing a wing defender like Danny Green could cause troubles, but the Lakers are confident in finding a replacement this offseason. The addition of Schröder could very well help Anthony Davis should he re-sign. Schröder is a pesky on ball defender who plays aggressive to opposing point guards. He will be able to hold his own on the perimeter and be in the right spots when helping.

Schröder’s ability to drive to the hole, whether it be on the catch or on the bounce, causes havoc to opposing defenses. His speed and aggression to the cup is among the league’s best. He understands how to play the pick and roll at a high level. Understanding where open shooters are, when to drive or pull up  or pass it to the roller.

Whenever LeBron sat out to rest, Rondo would come in and run the offense. There still would be times where the offense was stagnant or couldn’t click. And at times he was a liability from behind the arc.

Not to mention the 34-year-old guard missed a lot of time last season due to injury. But during the NBA Bubble Playoff Rondo did perform exceptionally well and proved he still is a key component to contender.

Now with a younger and quicker guard, the Lakers may be even more dangerous this upcoming season. Of course depending on who else they bring along. All things considered, General Manager Rob Pelinka has done it once again. Expect nothing less from Pelinka during the off season.