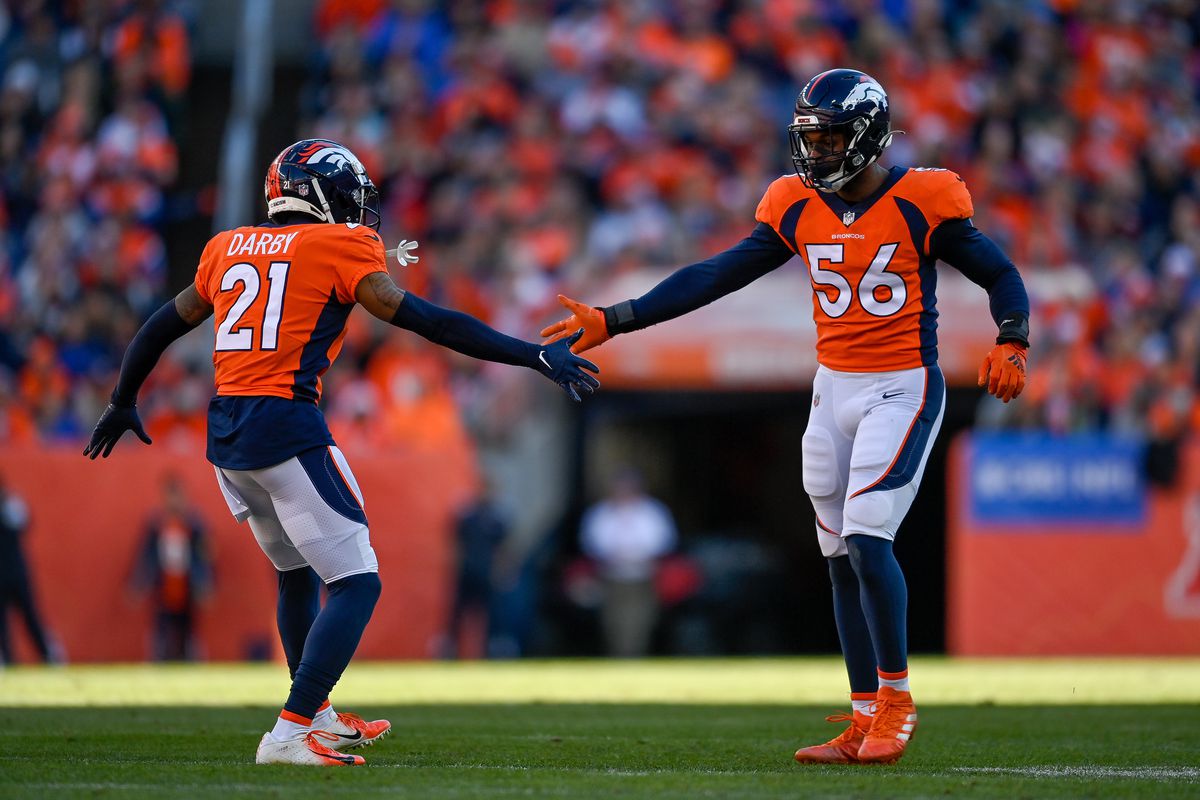 What the Broncos Can Gain

The Denver Broncos have a well-balanced football team, especially with their big free-agency signings of quarterback Russell Wilson and defensive line-man Randy Gregory. There are a couple areas that the team needs to improve to really contend for a super-bowl appearance or even a playoff appearance, as the AFC West continues to become even more competitive. The Broncos don’t have a first round pick, so it may seem there isn’t a great chance to get a standout rookie. However, with the needs the team has to fill there is actually a good chance to get some very valuable players without a first round pick.

What Positions the Broncos Need To Obtain

The biggest weakness of the Broncos roster is probably the offensive line. While it has improved a bit compared to the past few years, it is still a work in progress. The Broncos have the sixty- fourth pick in the second round, and they will likely use it on an offensive lineman. One great player that could potentially still be available by then is offensive tackle Tyler Smith of Tulsa. Smith is not the most technically sound lineman in the draft, but he is twenty one and can learn to develop these skills. What Smith really brings to the table is great size (six foot five, three hundred and twenty five pounds) paired with great athleticism, which can’t be coached. Another choice is Iowa center Tyler Linderbaum. Contrary to Smith, Linderbaum is seen as undersized at six foot two and two ninety five. What he lacks in length, he makes up for with great speed and footwork. He is seen as one of the best centers coming out of the draft in recent years, and good centers can be hard to find. He would fit well with the zone blocking scheme the Broncos plan to use this season. That said, Linderbaum is so good he is likely to be taken before the sixty fourth pick. But maybe just maybe, Denver can hope he will be overlooked because of his size, and the fact that he is a center. Both players would be strong picks for the Broncos first selection of the draft.

What They Can Do With Their Second Choice

The Broncos have a very good defense, but a stand-out inside linebacker would really complete it. There are some great inside linebackers in the draft that are projected by many draft experts not to be selected until later in the first round or even the second round. Denver has the seventy fifth overall pick in the third round. This is only eleven spots after their first pick, so they can get another good player after their first choice. Devin Lloyd of Utah is seen by most as the best inside linebacker of the draft. If by some miracle he falls to the seventy fifth pick the Broncos would be lucky to get him. Of course, if Lloyd is still on the board by the Broncos second round pick they could decide to take him then instead of an offensive lineman. Some more likely choices include Nakobe Dean of Georgia and Chad Muma of Wyoming, although it could be that they will be taken at this point as well. Both Dean and Muma are also great all-around linebackers, and would make a great addition to the Broncos defense. Even if these players are taken, it would be smart for the Broncos to use this pick on an inside linebacker.

Any of these players could have an immediate impact with the Broncos, which is important because they are in a win now situation with their thirty five year old star quarterback, Russell Wilson. Even though the Broncos don’t have a first round selection, this could prove to be an important draft for them.