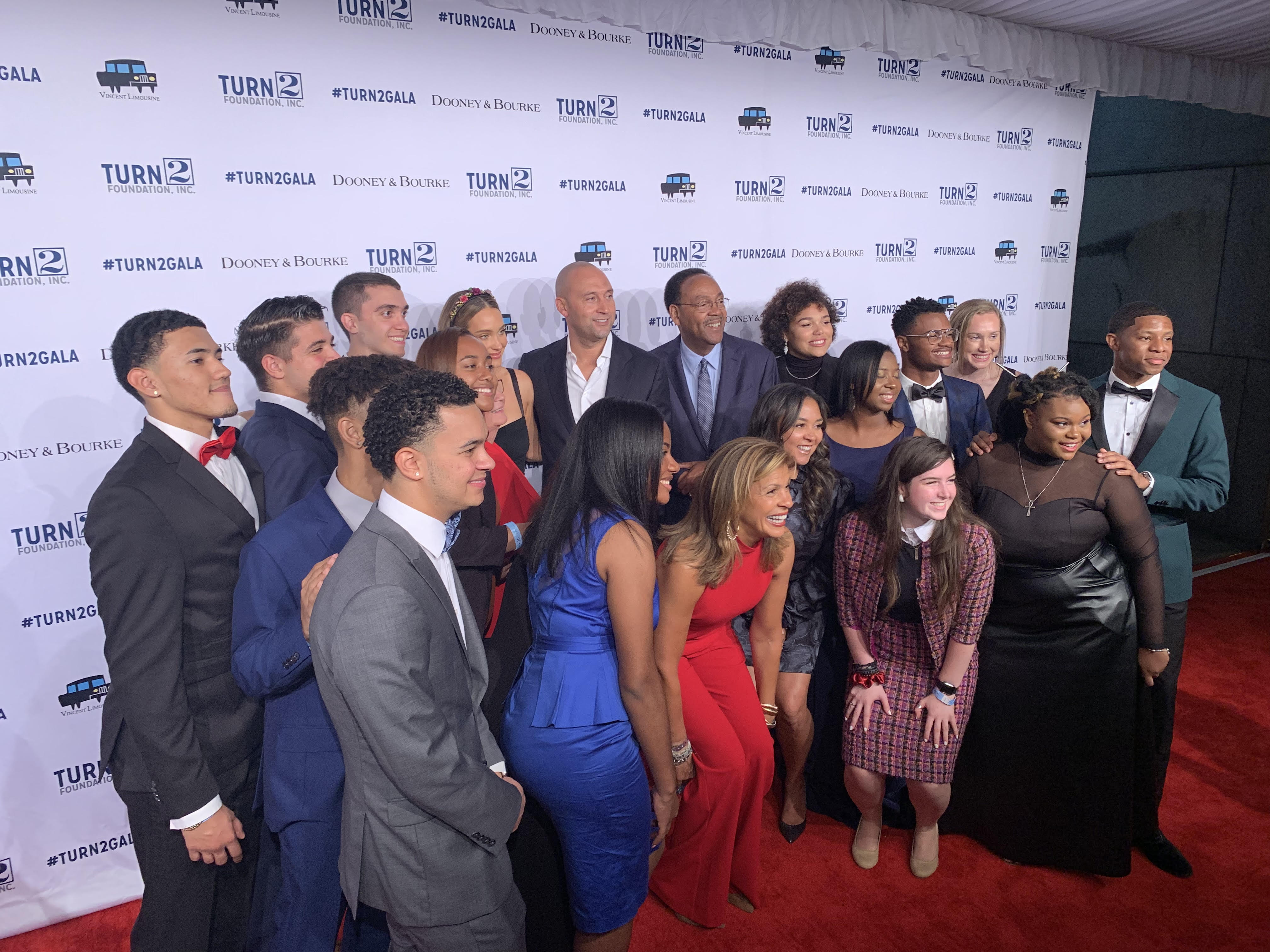 Derek Jeter, his wife, Hannah, and emcee Hoda Kotb share the red carpet with the Jeter's Leaders Class of 2019.

The Marlins’ CEO and part-owner, along with his father, founded Turn 2 in 1996, the same year in which he won his first of five World Series championships as well as the American League Rookie of the Year award.

“Each year, this event is a reminder of Turn 2’s life changing impact on youth who go on to become leaders and leave their mark on the world,” Jeter said in a press release.

Jeter noted the growth of his foundation over the last two-plus decades.

“When we started the foundation, the goal was to help out as many kids as we possibly could in the west Michigan area, the New York area, and now down in Florida, but we never knew it would grow to as big as it is now,” said the former Yankee shortstop and captain. “I think we raised about $30,000 at our first event I think we had in Michigan, and now we’ve given back over $30 million, so we’re pretty proud of it as an entire family.”

Jeter said the foundation’s success would not be possible without the help of his friends, family, and the Yankee faithful.

“No question. Our friends, our supporters, our sponsors, all of the celebrities that continue to come out here, and the fans as well,” said Jeter. “They have given us a lot of support, especially here in New York.”

A part of the foundation has been the Jeter’s Leaders program. The program, according to Turn 2’s website, “is a leadership development program created to empower, recognize and enhance the skills of high school students who promote healthy lifestyles, free of alcohol and substance abuse, achieve academically, are committed to improving their community through social change activities, and serve as role models to younger students and to deliver positive messages to their peers.”

Each of the senior New York and Kalamazoo Leaders graduated high school earlier this year, and all were accepted into college. The gala celebrated the accomplishments of all 17 leaders of this year’s class.

Jeter said one of the most rewarding aspects about the foundation is mutual impact he and his leaders have on one another.

“It’s always great when you hear from a kid’s parents, and their families when they come back and thank us for the impact that we’ve been able to have on each other’s lives,” said the 14-time All Star. “We’ve had a lot of our graduates come back and help and volunteer their time, so that always makes you feel like you’re doing something right.”

Despite the success, Jeter mentioned the biggest challenge is simply raising money.

“These events like this are extremely important,” said Jeter. “This is when we raise money and continue our programs moving forward. The more money we raise, the more kids we have an impact on. That’s a challenge, but we’ve been fortunate.”