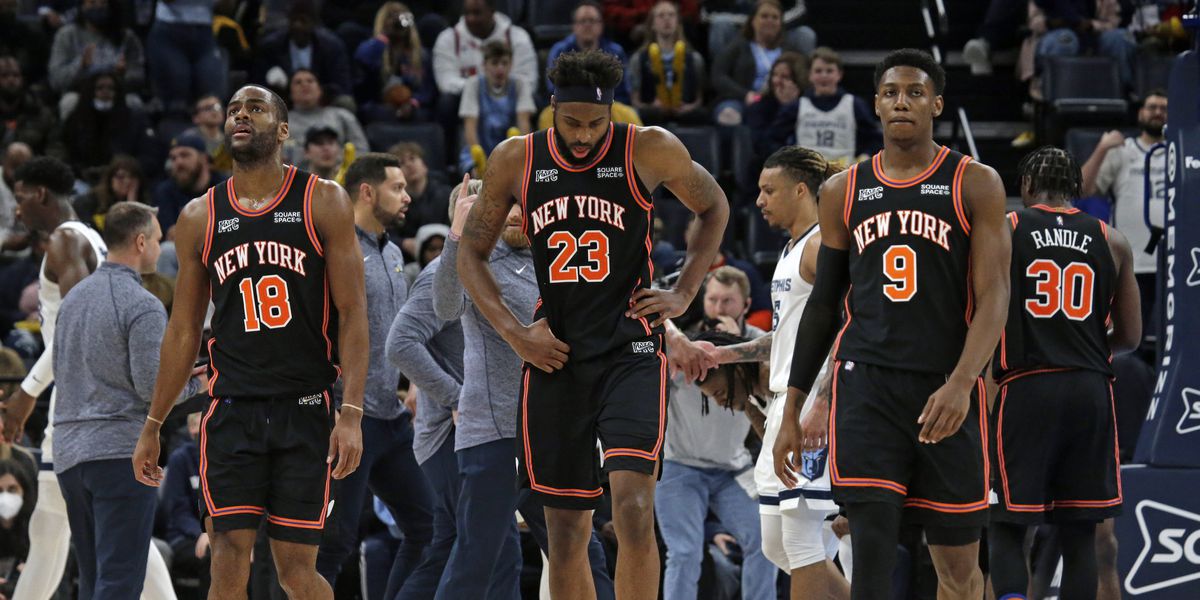 After a dominant 120-107 victory over the Minnesota Timberwolves, the New York Knicks suffered their largest loss of the season against the Brooklyn Nets, losing 112-85 at Barclays Center. Here are some of the takeaways from Wednesday night’s loss.

On average, the Knicks have allowed their opponents to shoot 35% from behind the arc while they have shot 33% through their first 11 games.

Tom Thibodeau acknowledged the harsh reality of the highs and lows of an 82-game schedule in the NBA.

“It just shows you how quickly things can change in the league,” said Thibodeau.

The Knicks appeared lethargic throughout their matchup against the Brooklyn Nets especially as the momentum shifted in Brooklyn’s favor. After struggling to score and defend the Nets in the first quarter, the Knicks found themselves in a world of trouble down 38-22. Although the Knicks made a couple of strong pushes to get themselves within striking distance, the Nets responded with timely baskets and runs of their own which put the nail in the coffin for the game.

Julius Randle reflected on the Knicks’ cold start to the game.

“It’s tough when you dig yourself a hole like that,” admitted Randle. “These types of games are unfortunate, but you just try to throw them in the trash and move on to the next.”

Jalen Brunson expressed his thoughts on the Knicks’ lack of fight against their crosstown rivals.

“It’s not okay…. they played harder than us and we didn’t play as hard as we could have,” stated Brunson. “I’m okay with missing shots, I’m okay with aggressive mistakes. But effort and heart – from all of us – that’s what we need.”

R.J. Barrett acknowledges that performances like their loss in Brooklyn are bound to happen throughout the season.

“Over the course of 82 games, a game like this is gonna happen, but we can’t make this a habit,” Barrett said emphatically.

After his first start in his hometown of Minneapolis, Jericho Sims showed flashes as a rim runner, vertical spacer, and rim protector in his second start against the Brooklyn Nets.

Tom Thibodeau shared his scouting report on the second year center from the University of Texas.

“The thing I do like about him is the pressure he puts on the rim… he gets out of his screens usually pretty quickly… plays above the rim… still finding his way, but he’s a very good passer… we’ve seen it in practice… big upside to him… I like him a lot,” Thibodeau stated reverently.

Sims averages 2.2 points and 2.0 rebounds in nine minutes per game but has become a fan favorite in his short time as a Knick.

When the New York Knicks signed highly coveted free agent Jalen Brunson in July, expectations rose for the future of the organization. Through 11 games, it’s too early to critique the acquisition of Brunson. However, Brunson has demonstrated the ability to be a calming influence on the Knicks’ offense so far this season.

After obtaining a 2-5 record over the last seven games, there are no off-nights ahead for the Knicks. Their next five opponents consist of the Detroit Pistons (Nov. 11), Oklahoma City Thunder (Nov. 13), Utah Jazz (Nov. 15), Golden State Warriors (Nov. 16), and the Utah Jazz (Nov. 18).