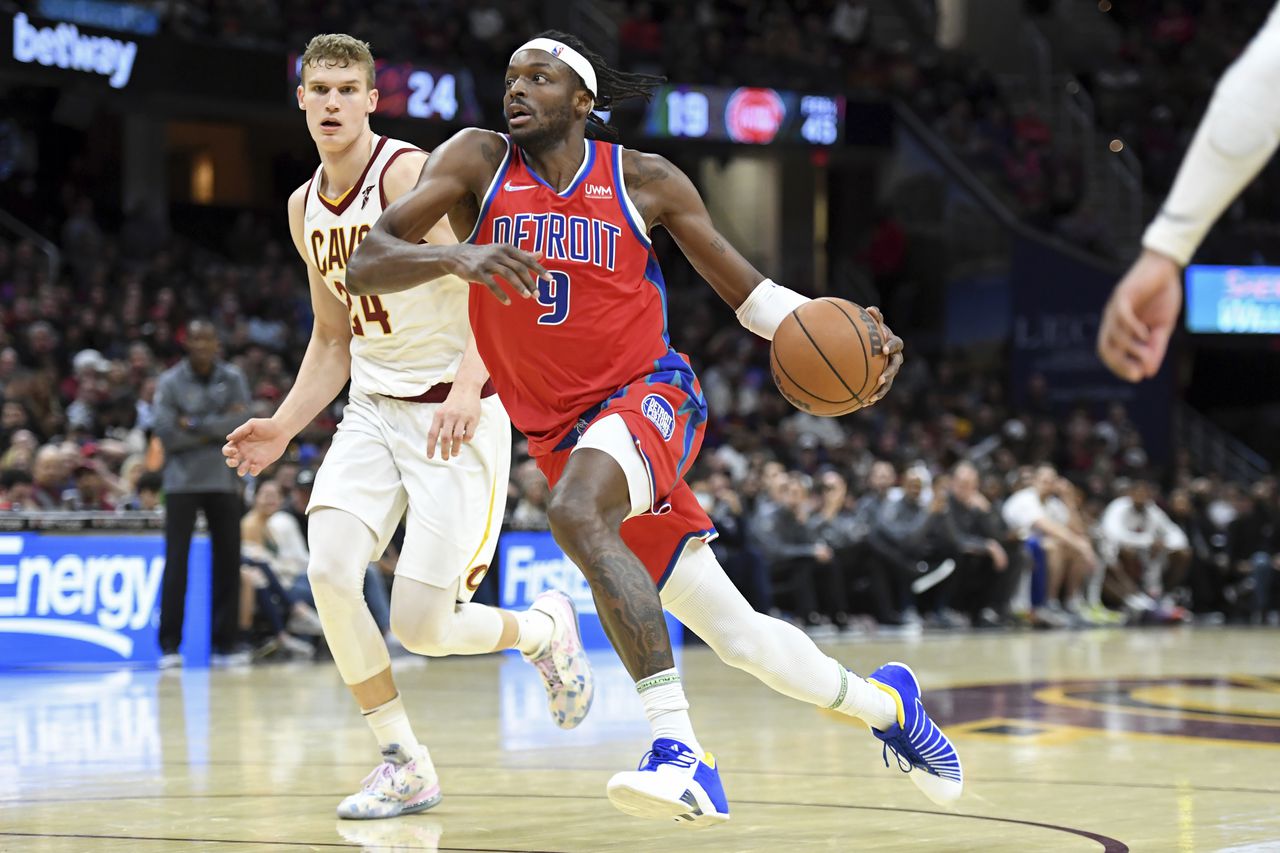 The Detroit Pistons traded All-Star forward Jerami Grant to the Portland Trailblazers for a 1-4 protected 2025 first-round pick from Milwaukee, a 2022 second-round pick swap and the “most favorable” 2026 second-round pick between Portland, New Orleans and Detroit, according to a Wednesday evening tweet from ESPN NBA insider Adrian Wojnarowski.

The trade gave the Pistons a $21 million trade exception, $11.5 million higher than the exception the Denver Nuggets earned during a late-2020 sign-and-trade for Grant and the draft rights to guard Nikola Radicevic. Detroit will have a total of $43 million in salary cap space to work with before the start of the new league year on July 1st, according to Wojnarowski.

Grant will be eligible for a four-year, $112 million extension beginning in December, making the 28-year-old forward the second-highest paid Trailblazer in the 2022-23 season, according to Spotrac.

The eight-year NBA veteran gained his first All-Star selection after he signed a three year, $60 million deal with Detroit in late-2020. Grant averaged 20.8 points on 42.8% shooting in two seasons with the Pistons after taking on an increased scoring role on a rapidly-changing roster. He took the starting power forward spot as he played alongside three 2020 draft selections in forward Saddiq Bey, center Isaiah Stewart and guard Killian Hayes, averaging a career-high 22.3 points per game before suffering a torn ligament in his thumb in late 2021. He played 47 games the following year, averaging 19.2 points in 32 minutes per game.

The move will give the Trailblazers extra depth at both forward positions and a much-needed second scoring option after Portland traded guard CJ McCollum, forward Larry Nance and guard Tony Snell for a first-round pick and guards Josh Hart, Nickeil Alexander-Walker and Tomáš Satoranský. The Blazers ended the season fourth-to-last in points per game with 106.2 and fifth-to-last in field goal percentage with 44.2%. All-Star guard Damian Lillard scored about one-fifth of the team’s points per game.

The combined scoring of McCollum and forward Brandon Ingram, as well as contributions from recently-acquired center Jonas Valanciunas and the breakout defensive play of forward Herb Jones and guard Jose Alvarado, pushed the Pelicans to their first playoff series in four years. McCollum averaged 22.1 points per game in a six-game series against the 64-win Phoenix Suns, combining for 37 points with Ingram in game six before falling to Phoenix in the Smoothie King Center.

The Trailblazers will also have the No. 7 pick in tomorrow’s NBA Draft. Had they made the playoffs, the pick would have been sent to Chicago on account of a late-August 3-team trade with the Bulls and the Cleveland Cavaliers.

The Blazers will owe the Chicago Bulls their pick should it fall out of the lottery until 2028, where it will become a second-round pick if not conveyed.

While CBS predicted the Blazers would select a scoring guard to pair with Lillard in its 2022 mock drafts, G-League Ignite forward Dyson Daniels was the most common pick for Portland in the NBA’s most recent consensus mock draft.

The Pistons will likely have to select another scoring forward to replace Grant in this year’s draft. Seven mock drafts had the Pistons selecting Iowa forward Keegan Murray should neither Paolo Banchero nor Jabari Smith fall to Detroit’s spot at No. 5. Murray averaged 23.5 points, 8.7 rebounds and 1.3 blocks per game as he led the Hawkeyes to a stunning 75-66 victory over Purdue in the Big Ten Tournament Championship game.

“The player that is most NBA-ready, who you can plug in right now, is Keegan Murray,” ESPN analyst Jay Bilas said just days before the NBA Draft. “He is an incredibly smart player. Keegan is mature enough to step into the NBA and perform at a high level right away.”