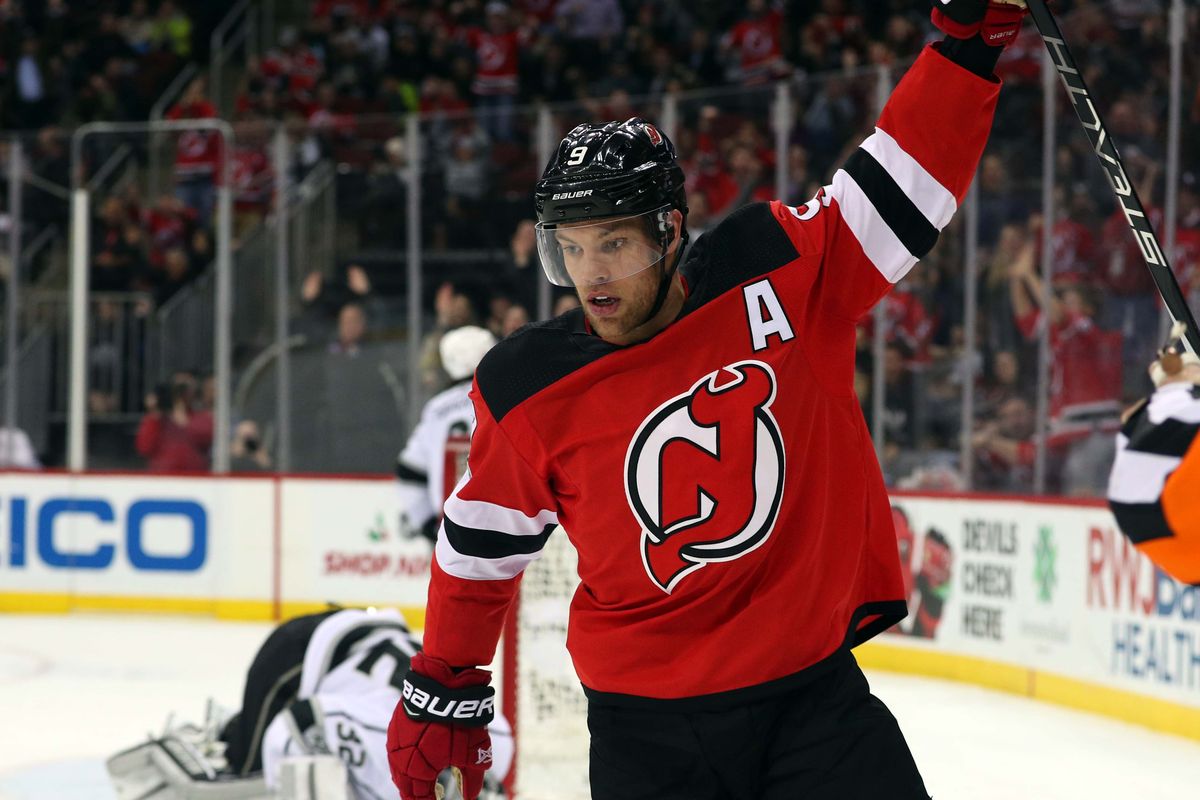 The New Jersey Devils have had a lot of new faces on the ice this preseason. These faces include first round draft pick Jack Hughes, one of the best defenseman in the league, P.K. Subban, and a man who can throw a punch, Wayne Simmonds. Their was another new face on the ice, but he was not new to Devils fans:Taylor Hall.

For the New Jersey Devils/New York Rangers rivalry, Taylor Hall put on his number 9 for the first time since December 23, 2019 due to his injury. Hall clearly wore his number with pride, as he was one of the last players on ice for warm-ups.

Hall gave a great start to the game giving an assist to new teammate Jack Hughes only 34 seconds into the game, but the new dynamic duo does not stop their. Hughes returned an assist, Hall scored to put the Devils up another point.

New Jersey Devils head coach John Hynes was pleased with what he saw.

“At this point you’re looking to see if there is chemistry,” Hynes said after the game. ‘I think there was good chemistry, so that’s a good sign.”
Regardless of Taylor Hall’s great return back, he is still not signed. Devils GM Ray Shero is expected to meet with Hall and his agent later this month.

Just Eli…Class Act
Devils Road to 23 on the Bench