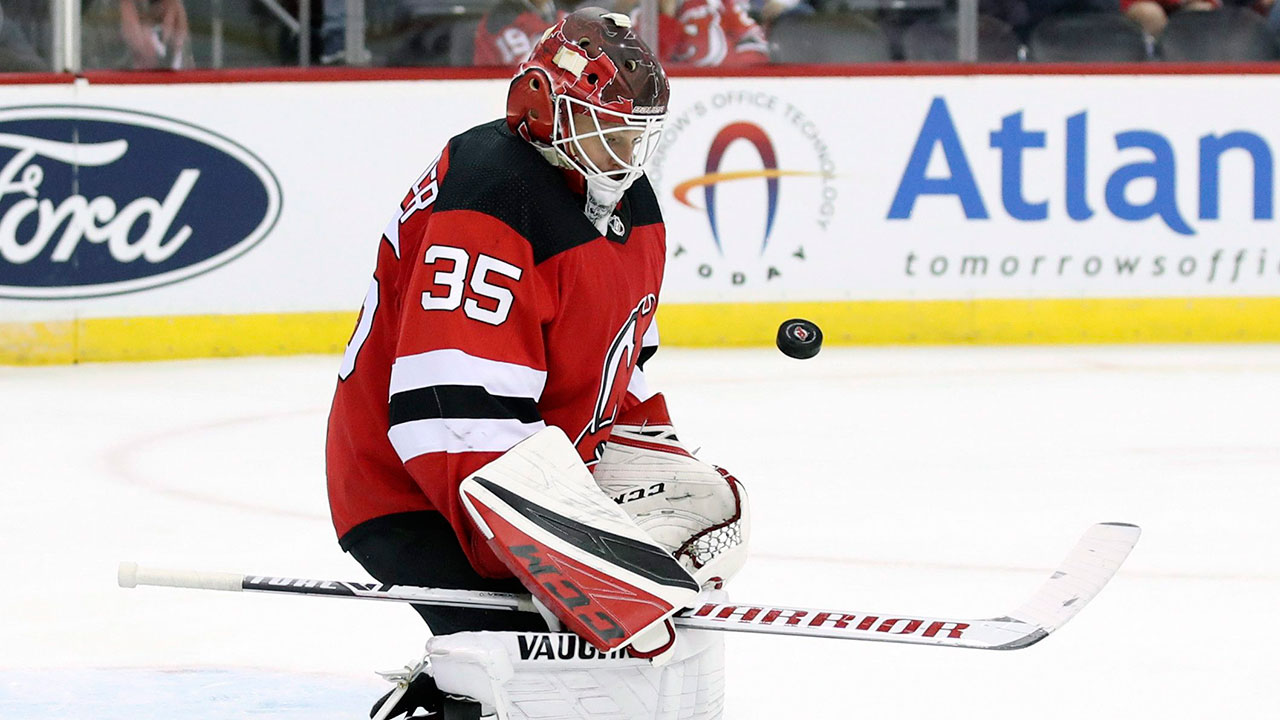 The New Jersey Devils started off clean, fast, and lived up to the high standards that were made this off-season.

The Devils were up 4-1 and the cheer of the fans reflected that. Blake Coleman scored twice, including a goal that is already being acknowledged as a possible “goal of the year.” Coleman gave a one-handed goal off the floor of the ice as he was being checked by Jets Dmitry Kulikov.

The point of the game turned when Jets center, Jack Roslovic , caught a rebound and beat Schneider just at the start of the period to catch up to the Devils’ lead to 4-2. After the second goal for the Jets, it was all downhill for the Devils.

After the Jets made the second goal, goalie Cory Schneider left the ice after appearing to suffer an injury.

Schneider, who had hip surgery April 2018, skated off to the bench and appeared to be in some pain before finally heading down the tunnel. He finished with 19 saves out of 21 shots.

Goalie Mackenzie Blackwood took over after Schneider left, and Jets Mathieu Perreault did not hesitate to put a puck right into the net, catching up to the Devils, making the game 4-3. Blackwood allowed two goals out of nine in the net.

The Jets taking full advantage of the Devils weak spot, Neal Pionk tied it up with only a few minutes left in the last period. The Devils tried to gain back their sharp ways they had in the first period but they could not. The Devils lost in a shootout, 5-4.

Devils trainers say Cory Schneider was suffering a cramp and he will be travelling with the team to take on the Buffalo Sabers tonight.