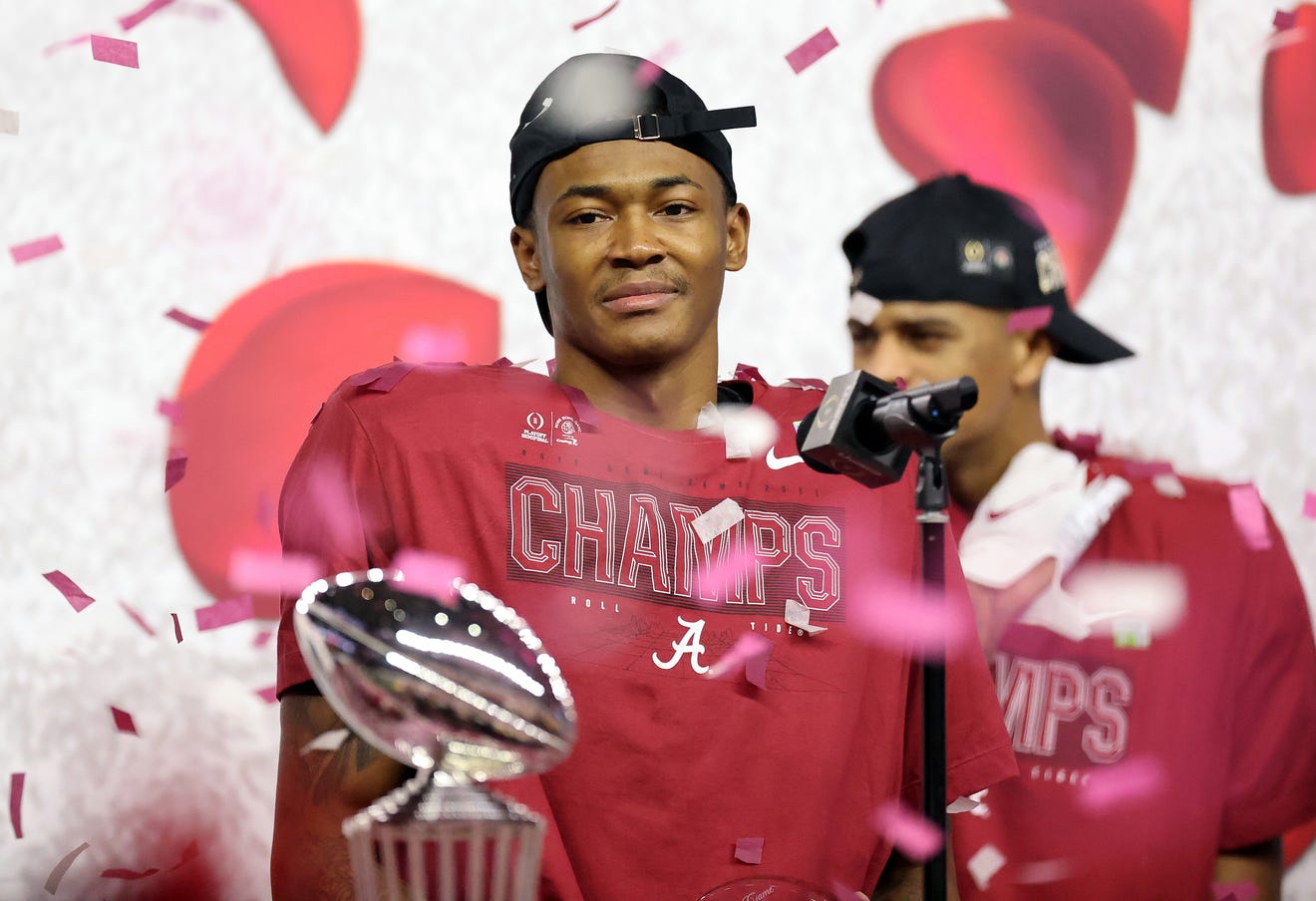 Smith is coming off one of the most incredible seasons for a wide receiver the NCAA has ever seen. As a senior for the tide he recorded over 1,800 along with 23 touchdowns. He is one of the three Heisman trophy winners in Alabama history joining the likes of Mark Ingram (2009) and Derrick Henry (2015).

Smith had his first 100 yard game in his sophomore year against Missouri, and while there was only one ball to go around the Tide had numerous weapons in 2019, but even then he had some massive games. He went for 136 yards and two scores against South Carolina. Against Ole Miss, he had 11 catches, 274 yards with not one or two but five touchdowns. He also showed us his potential by completely embarrassing LSU CB Derek Stingley Jr., who according to Pro Football Focus was the highest graded cornerback in 2019. Smith finished that game with seven grabs for 213 yards and two scores.

Smith rarely drops passes. He is a true hand-catcher that shows both soft touch and aggressive nature when attacking the ball in the air. A lot of his catches were coming back to the ball, while doing so he showed his ability to get his hands under the ball to protect it from hitting the ground. He is extremely effective at route running, while using great body and head fakes at the top of his route stems. He seems to always have a plan after the catch, and rarely goes backwards with the ball. Although he may be undersized at 6′ 1″, 175 lbs he has a desire for contact, and often lowers the shoulder and attacks defenders.

Former Tide teammate Tua Tagovailoa had this to say when asked about Smith:

“I think his transition to the next level will be kinda . . . slim to none,” Tagovailoa said. “In a way where it won’t be much changing. I think the competition will be different for him obviously, but he will be more than fine. I know a lot of people say he’s too small or too skinny, but his film speaks for itself. He goes out and takes care of his business, does what he needs to do. They don’t call him the ‘Slim Reaper’ for no reason.”

Smith leaves Alabama as its all-time leading receiver by more than 500 yards and a full 15 touchdowns over Amari Cooper. He has a Heisman trophy and two national titles, and did it all with class while providing quiet, workmanlike leadership.