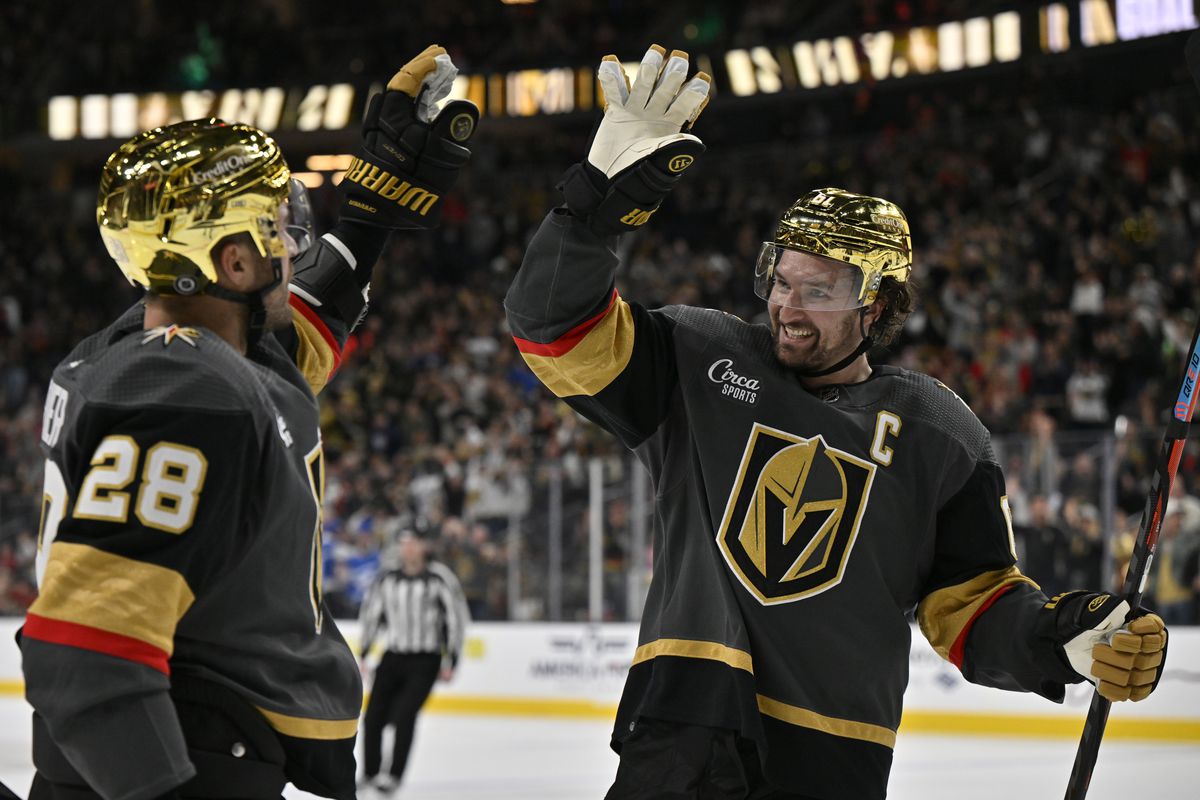 So I’m going to take a different perspective on the Golden Knights’ recent struggles. It hasn’t looked pretty, for they’ve lost to the likes of the Red Wings and Coyotes. Therefore, we need a little story to tell to solve their problems.

Let’s analyze the situation as if a patient is taking his medieval friend from battle to the hospital. He’s there to see a hockey doctor to fix his woes. Hopefully, the doctor can save this Golden Knight from falling out of playoff contention for a second straight year.

*A patient walks into a doctor’s office and frantically looks around. He has a Golden Knight with him.*

Patient: “IS THERE A DOCTOR IN THE HOUSE?! HELLOOOOOO?”

A doctor bursts through the door with a distraught look on his face.

Patient: “Oh thank goodness! I have an emergency! It’s bad!”

Doctor: “Don’t worry. Je m’appelle Doctor Puchin Dainet, the hockey doctor, and I’m here to assist you. Now, what is your medical emergency?”

Patient: “There’s something wrong with my friend! He’s a Golden Knight from Vegas and he got mauled by some coyotes. On top of that, there were some red-winged birds that pelted him and some hockey players from Texas that brutalized him! On top of that, he’s covered in oil from Edmonton!”

Doctor Dainet: “Oh, zut alors! C’est tres terrible! How did all this happen?”

Patient: “He competes against 31 other hockey players for a chance at the Stanley Cup.”

Doctor Dainet: “Oh, oui! I’m from Montreal and hockey’s big over here! I’m just joking around. As for your Golden Knight, he needs more depth. You can’t just get by with big names and contracts, no? Also, injuries are a part of the game. It’s about keeping your composure when they happen.”

Patient: “Yeah. That explains why he has to trade so many key components. It’s hard to stay afloat in hockey when you have a salary cap. He’s literally cutting his nose off to spite his face.”

Doctor Dainet: “Ah, and that’s where the problem lies. Having the quality talent to fill in is the spice of life, n’est pas?”

Patient: “Yeah, you’re right. I’m sorry if I sound so anxious. He’s got to prepare for this trip to the east coast. He’s going to New York to take on some fishermen, rangers, and the Devil himself.”

Doctor Dainet: “Might I also suggest he stops trying to be the hero?”

No More Playmaking and Hero Hockey

Patient: “What do you mean? He’s a literal knight!”

Doctor Dainet: “What I mean is he shouldn’t try and create plays, oui. Does he have a coach?”

Patient: “Yes, he does. His name is Bruce Cassidy.”

Doctor Dainet: “And what does he say?”

Patient: “He says to put the puck past the defense and go on the forecheck. Unfortunately, he’s extremely stubborn and tries to make plays happen.”

Doctor Dainet: “Ah, oui oui. That’s is definitely true. Instead of trying to be Joan of Arc, he should try and make his opponents work. That way, they’ll tire out and he can create more plays. It’s much better than trying to save the day, n’est pas?”

The Golden Knight’s Other Problem: Jack

Patient: “I guess you’re right. But his strongest weapon isn’t working right now, either. He calls it Jack and he got his weapon from Buffalo. Sadly, Jack doesn’t do much damage for him, especially in the past five games.”

Doctor Dainet: “I think Jack needs to be sharper. It seems his attack does nothing and he’s got all the pressure in the world. It’s putting a damper on le petit prince’s performance!”

Patient: “I mean, his previous wielder didn’t take good care of him, so…”

Doctor Dainet: “That’s the problem with weapons from dysfunctional previous owners. They don’t know how to handle them and they turn out to be broken. As a result, they’re saying ‘zut alors!'”

Doctor Dainet: “As mentioned before, Jack will benefit from some sharpening. He can’t be the only person doing damage on the forecheck. Follow his coach’s advice and make his opponents work for the goals!”

Patient: “My Golden Knight also has a friend named Logan Thompson, who helps protect his fortress. He started off so well that he became an All-Star! But now, he’s gotten a bit of the yips.”

Doctor Dainet: “He’s a young player, though! Keep that in mind. He’ll have some growing pains in the position, so it’s tough for someone to adjust quickly. That’s especially true in this league.”

Doctor Dainet: “Also, imagine how hard it’d be if you had numerous injuries defensively. Losing players like Shea Theodore and Alec Martinez is tough enough to deal with, n’est pas?”

Patient: “I guess you’re right. I’m just hoping that this East Coast trip isn’t a nightmare and we don’t end up out of playoff contention.”

Wrinkles in the Crease: Paging Babcock
The Stars Check: 4-0