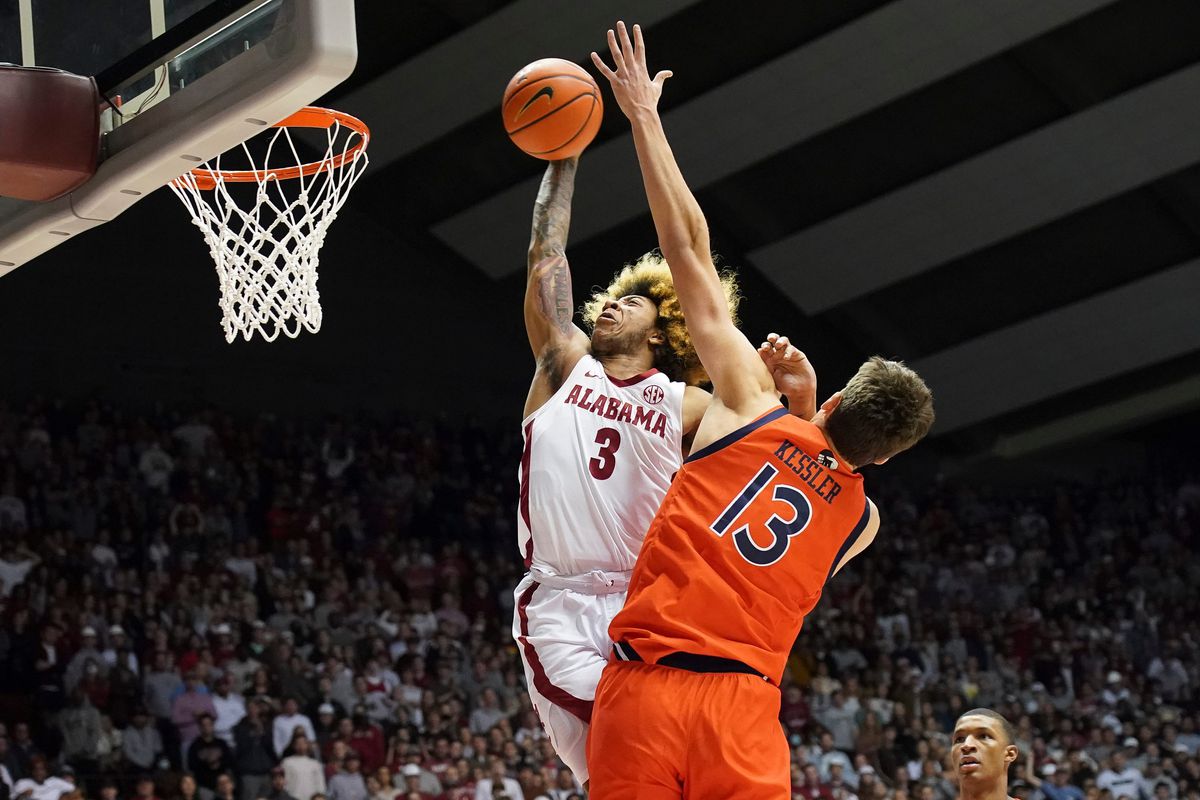 BOSTON – With the 53rd pick in the 2022 NBA Draft, the Boston Celtics select J.D. Davison, a point guard from Alabama.

After a lot of speculation about what the Celtics were going to do during the draft, with rumors of them moving up into the late 1st round, president of basketball operations for the Celtics, Brad Stevens, decided to stay put and turn towards Davison. The 6’3”, 195-lbs guard averaged 8.5 points, 4.3 assists and 4.8 rebounds in 33 games played for the Crimson Tide. Davison only shot a 30.1% clip from beyond the arc throughout the season, but posted a 46.3% overall from the field.

Davison brings a lot of upside to the Celtics, with his incredible athleticism and his ability to attack the rim and generate offense. He also has the skill set to be a dynamic two-way playmaker for the Celtics, but one thing he’ll need to work on is his decision-making. Davison averaged 2.9 turnovers per game, and a lot of that comes from the fact he is unselfish with the ball, almost to a fault. All it will take is just a little bit of polish to Davison’s game for him to really showcase what he’s all about. Some of the bigger things that Davison needs to work on will be his three-point shooting and taking care of the ball. If he’s able to fix both of those things, the sky’s the limit for this young man.

During the NBA Finals against the Golden State Warriors, the Celtics struggled to get to the net for easy buckets, and could not convert when they did. Davison helps offset those struggles with his scoring ability inside. He has a plethora of highlight-reel plays that consist of tough finishes at the rim, ESPN Top-10 worthy dunks, and a solid mid-range jumper that can check a defense real quick.

On defense, Davison can be a force. Not only can he block a shot at any given moment, he can steal the ball efficiently to generate transition offense. There are times that Davison can look “unfocused” on defense, but with 2021-22 Defensive Player of the Year, Marcus Smart, and head coach Ime Udoka working with him, that will change very quickly.

Arguably the biggest need that the Celtics have coming into the offseason is their bench depth. While guys like Grant Williams, Payton Pritchard and Derrick White were all able to contribute throughout the playoffs, they all disappeared as time went on, and by the Finals were ghosts. If Davison is able to fix a couple parts of his game, like his three-point shot, he could prove to be a solid addition to the Celtics bench and add some of the depth they’re looking for.

Only time will tell how Davison develops, but as of right now, the future is incredibly bright for him. At only 19-years old, Davison still has a lot of time to improve upon his already impressive game, and if he does, the Celtics may have gotten away with the steal of the draft.

What Jerami Grant Could Bring to Portland?
Lakers Trade In to Draft MSU’s Christie with #35 Pick