The Rundown v10.20.22 – Dirtiest Hands Point the Most Fingers, Why L.A. Struggles 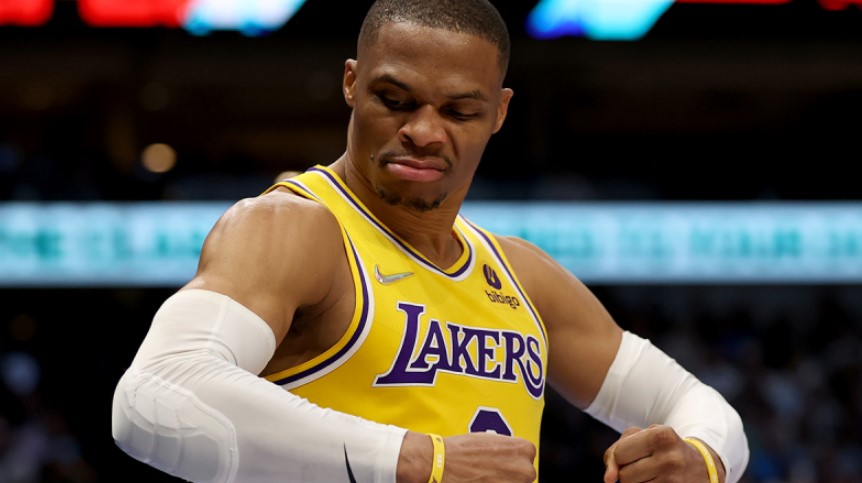 Have we ruled out Russell Westbrook as the root of all things evil in the Los Angeles Lakers organization yet?

Or did the team keep him so they could have a scapegoat when they lose?

As it stands, in the opening night game versus the Golden State Warriors, Westbrook actually led the Lakers in shooting percentage with .583 from the floor, and contributed a double double of 19 points and 11 rebounds in the 14 point loss.

The only other player on the floor to shoot better than Westbrook was Golden State’s James Wiseman, who shot .667 – or four of six to you and me – in his first regular season action in quite some time.

(Okay, Westbrook haters will argue with me that Max Christie hit his lone three in his one minute of play, so if we throw an NFL quarterback rating on him, I guess he wins and is the future of L.A. basketball, but that’s grasping at straws).

But many so-called experts (armchair GMs, as it were) would pen Opening Night’s headline as “Westbrook Leads … Lakers to Loss” even though he outshot Kendrick Nunn (.556), LeBron James (.462), and Anthony Davis (.455) on the night. 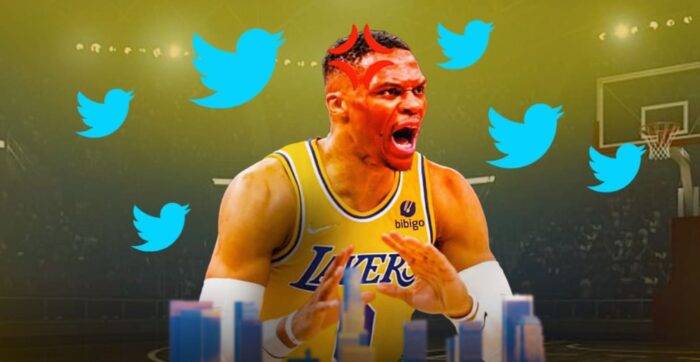 James finally admitted what someone of us in the peanut gallery had already been saying when the blame was lobbed at Westbrook with the accuracy of a Shaquille O’Neal free throw.

“We’re not a team constructed of great shooting,” James acknowledged. “It’s not like we’re sitting here with a lot of lasers on our team. That doesn’t deter us from still trying to get great shots. But we’re not sitting here with a bunch of 40+ career three point shooting guys. I mean, it’s just like a football team, like if you had a bunch of underneath route runners, the quarterback’s not throwing 20+ yard passes down the field.”

(Well, you do have Matt Ryan, just not the right one, ‘Bron).

So Westbrook isn’t the problem; never was.

As a reminder, last year:

Sure, he’s missed some shots and free throws – some egregiously – but who hasn’t?

Kobe Bryant, Michael Jordan, even LeBron James have had embarrassing miscues in their storied careers.

Look at you all with your disappearing Snapchat memories and 280 character vocabularies. 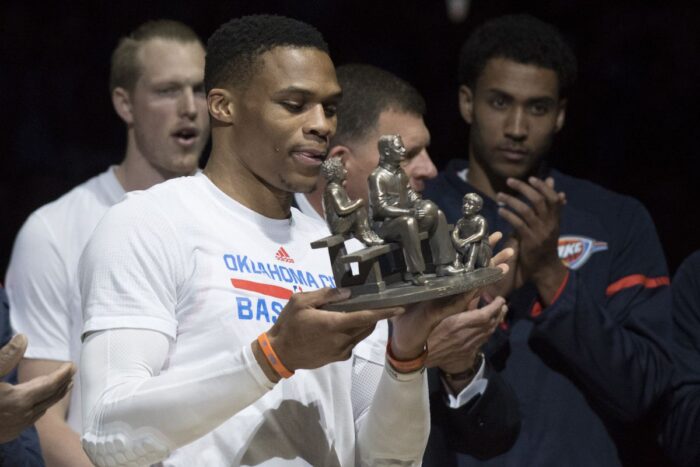 Westbrook was the Most Valuable Player in 2017. A nine time NBA All Star. Two time All Star Game MVP (and I called it in January 2015 live on the Coach Scott Fields Show before Russ had even been selected as an All Star).

Twice he’s been the NBA scoring champion, twice on the all-NBA first team, and last but certainly not least, the NBA’s all time leader in triple doubles, soaring past Oscar Robertson.

It’s time to put some respect on Russell Westbrook – with a T not a K. Or at least stop blaming him for all of L.A.’s woes.

Blaming others and scowling at everybody else is great … until you’ve got nobody left but yourself to blame. And remember that when you point a finger at someone, three fingers point back at you. 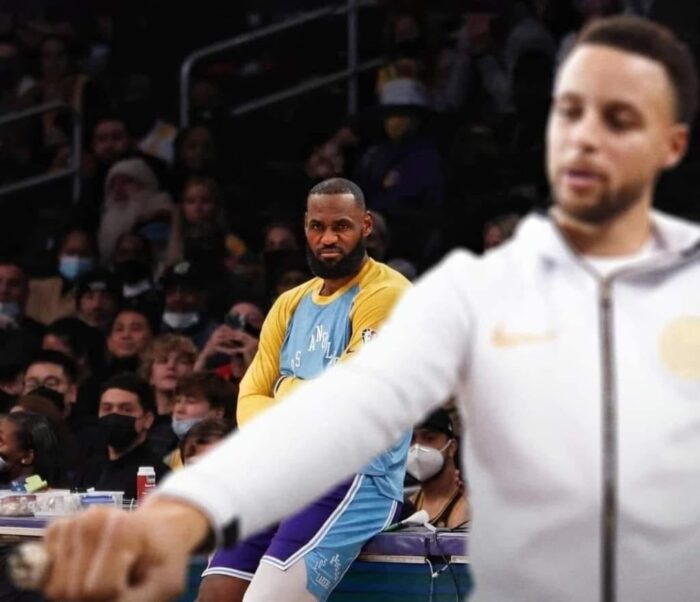 It’s time to quit thinking you’re a lion, stop being a dick, and accentuate – even celebrate – the positives, acknowledge your own opportunities, and that’s how you begin to move forward.

Knowing the Lakers and their leaders on and off the court, they are more likely to continue to look at people like Bradley Beal and/or DeMar DeRozan (who should have been the first choice for either L.A. team) and they’ll move on from Westbrook.

The Lakers are set to take on the rebooted Los Angeles Clippers tonight. No word if Kawhi Leonard, Paul George, or John Wall will invoke the ‘load management’ clause in their season opener, but it should be a good game from Beverley against his former team.

As for Westbrook, actually watch him play instead of reading haters’ social media takes.

I’m hoping Russ starts again and has another solid outing, despite what short-term memories Twitter ‘experts’ have, just so I can watch heads explode again.

Some of us have been there for the entire ride and appreciate what we have witnessed.

Tracy Graven is the Senior NBA Analyst for BackSportsPage.com.
He has written the NBA, done NBA Radio, and appeared as a guest for the last 21+ years for HoopsWorld, Swish Magazine, HoopsHype, the Coach Scott Fields Show, NBARadioShow.com, and is also tackling the NFL, NCAA, and will be pinch-hitting on some Major League Baseball coverage in 2023 for BackSportsPage.
He’s spent 21 years in locker rooms in Orlando, Boise (CBA, G League), San Antonio, Phoenix, Denver, Oklahoma City, and Atlanta.
He also enjoys covering G League and The Basketball League, and provides content for the Owensboro (Ky.) Thoroughbreds.