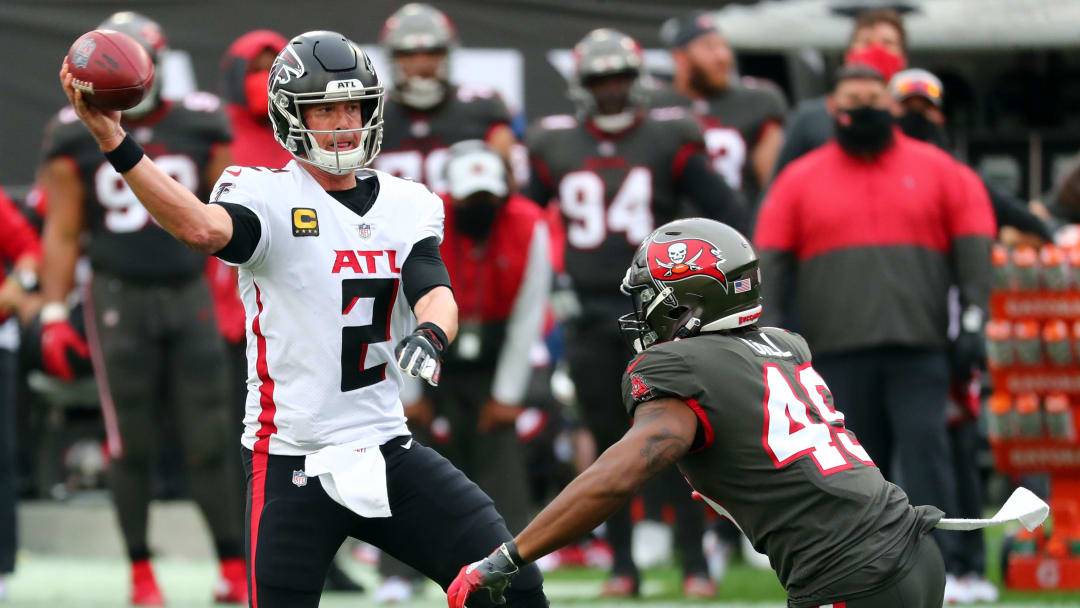 Can week 1 be an overreaction? The Atlanta Falcons hope that it is just that as they travel to Florida to take on the defending Super Bowl champion Tampa Bay Buccaneers in a NFC South showdown.

Atlanta leads the all-time series 28-27 however, the Bucs have won three of the last four meetings between the two. Tampa Bay looked like a team that’s capable of being the first team to repeat as champions since the ’03-04 Patriots—led by none other than Tom Brady. While the Falcons looked down right awful against Philadelphia last Sunday.

It can’t get any worse than last week for Atlanta, right? The offense managed to only gain 260 yards, 3-for-14 on third down conversions with only 4.1 yards per play, and the most telling stat of all last week was 0-for-2 in the red zone. This Sunday they face one of the better defenses in the league even though the Bucs were in a shootout with the Dallas Cowboys.

It’s a divisional opponent though and anything can happen. In the first meeting, last season the Falcons had Tampa Bay on the ropes up 17-0 in the first half, but a 21-point third quarter by the Bucs ultimately made the difference as the Buccaneers would win 31-27 and now ride a nine-game winning streak going into Sunday’s matchup. Meanwhile, Atlanta is on a six-game losing streak dating back to last season.

“So, you’re telling me there’s a chance?” It’s possible that it is a divisional game and the Buccaneers are going to be missing starting Cornerback Sean Murphy-Bunting and Jason Pierre-Paul is questionable. Here are my keys to Atlanta pulling off the upset.

Look for the Big Plays: Something that the Falcons did not do at all last Sunday against Philadelphia. Tampa Bay gave up a lot of big plays in their season opener against Dallas—Dak Prescott finished with over 400 yards passing. If Prescott can find time to get his weapons involved Matt Ryan can do the same thing.

Touchdowns not Field Goals: Six points doesn’t cut it against any team in the NFL, but especially not this team the Falcons are facing. Atlanta must finish their drives with touchdowns to stay in the game and make it a shootout, or we might see a repeat of week 1.

Contain Tampa’s Weapons: This is easier said than done. This young secondary gave up 16 catches for 162 yards to Philly’s young Wide Receivers Devonta Smith and Jalen Reagor and Tight End Dallas Goedert. This Sunday they have their hands full with Mike Evans, Chris Godwin, Antonio Brown, and Rob Gronkowski.

Cut the Penalties Down: The Falcons had 12 penalties for 99 yards last week. Penalties are common in week 1, but Atlanta cannot have a repeat performance in that department against the Bucs.