Dolphins vs Patriots, the Beginning of a Great Season for Miami 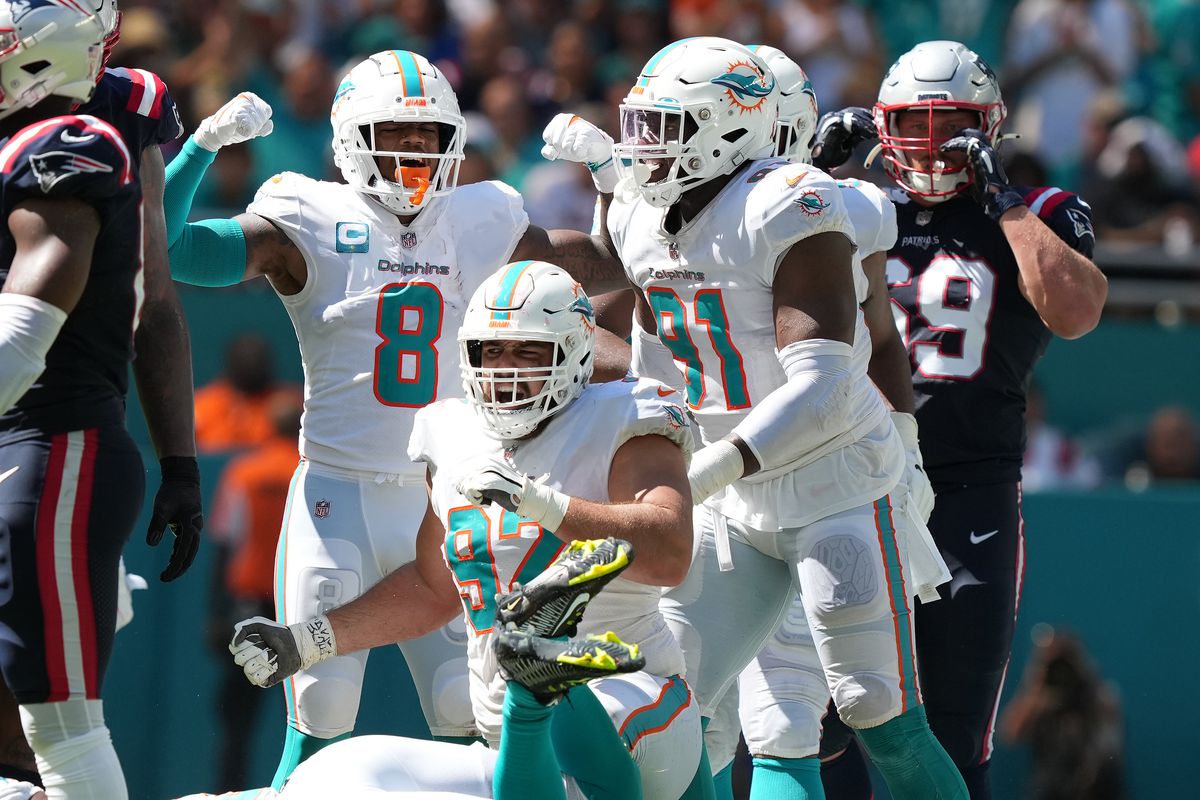 If you love the Dolphins you loved Sunday’s game. Who doesn’t like to start with a terrific win? More than a few fans might have predicted it would go that way after preseason. There are so many stand out players each game. Sunday we saw Melvin Ingrim, Brandon James, Emmanuel Ogbah and so many more of the athletes simply excel in their positions. The Dolphins are playing with really good team cohesion overall allowing multiple stars to emerge.

One other reason we may be going to see a lot of  wins this year, is that this team can cover more field area per play. As a whole team we are seeing the highest levels of speed and agility. This translates to being able to advance their plays rapidly and get more plays in. Combined with consistently good defense, the potential to be champions this year is all there. For example, looking at their preseason game against the Eagles, they had 494 y (yards) to 264 y total, 291 y to 139 y passing, 203 y to 125 y rushing, they completed 63 plays compared to 59, but averaged 7.8 y/play compared to 4.5 y/play. While not as great a difference, we saw a decent gap in the Dolphins favor in total, passing, and  y/play Sunday’s game, which ultimately yielded more time in possession (32:30 to 27:30), 5 more plays completed (59 to 54), and the win.

Let’s see how they play against the Ravens Sept. 18 and if this trend holds, or even increases