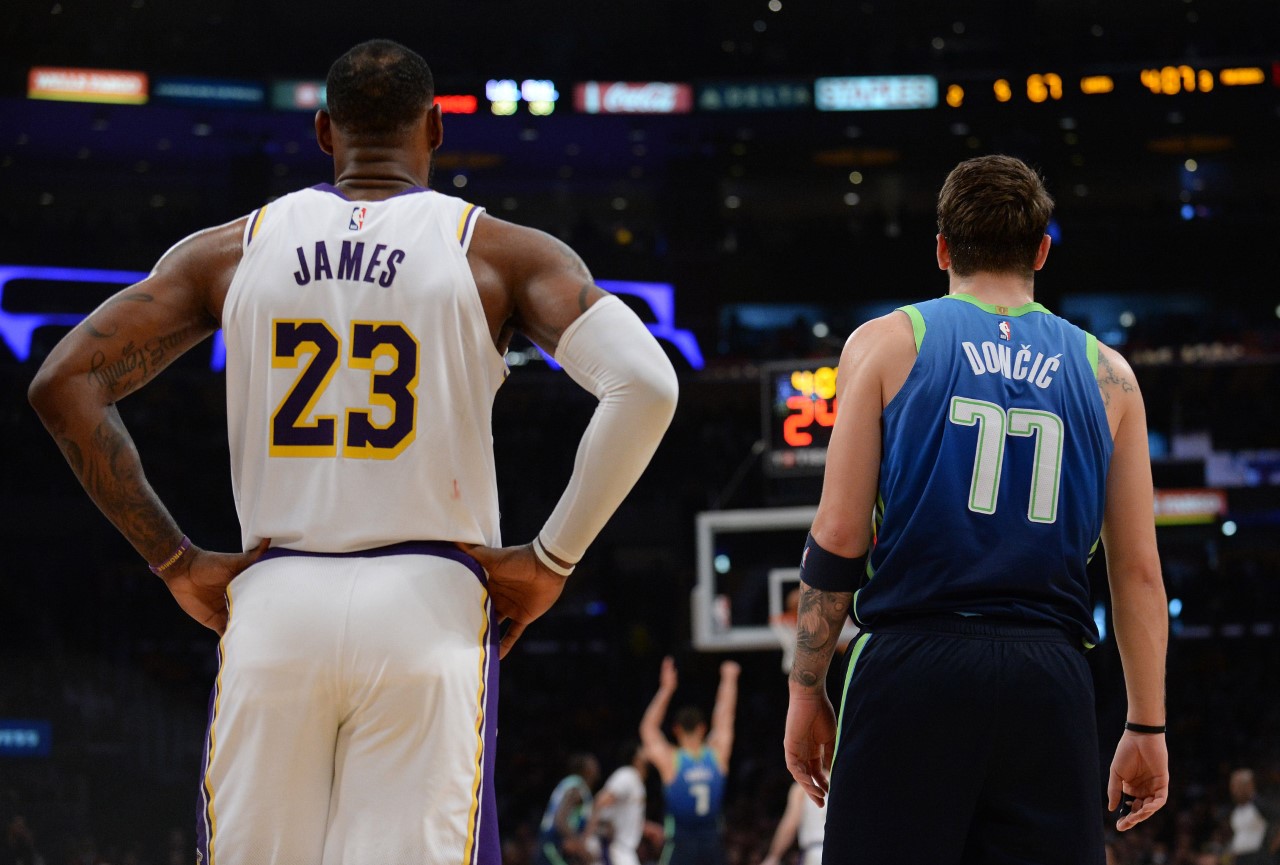 The Dallas Mavericks started off December with a massive win against the Los Angeles Lakers. The Lakers were riding a ten-game win streak and had the best December in franchise history, but none of that seemed to matter to sophomore phenom Luka Doncic and his squad from Dallas as they used a strong third quarter to blitz the Lakers in the friendly confines of Staples Center.

With the Lakers being first in the Western Conference as well as having a nearly unstoppable All-Star duo in LeBron James and Anthony Davis, the Mavs had a lot to prove if they wanted a chance to come out on top.

Doncic scored 21 of his 27 points in the second half of the game, game, including a highlight reel face-off with LeBron. Faced with one of the best defenders in the NBA, Doncic calmly used a step-back move to drill a three over his bigger, stronger opponent.

Although Doncic put on a show in LA, Dallas had several players step up and that was the key factor to their win.

“Top to bottom, we played 11 guys,” said Mavericks head coach Rick Carlisle. “Everybody contributed something when it counted.”

The game saw Carlisle once again run with a different starting lineup, a practice that has served the team will on the young season. The question is will Carlisle settle for one or two lineups later in the season?

“I’ll keep looking at it,” said Carlisle. “I am open to getting something consistent, but we talked about this from the beginning that the way we’re structured we’ll probably need to be flexible and fluid. The guys have handled it well.”

Key players that helped take down James and Davis:

“We did a lot of good things and we’re going to stay humble,” said Carlisle. “We move on to another hard game on Tuesday… New Orleans will be sky-high for that. Every time we have a game like this, people are more aware than ever, throwing their best game at us.”

“ It just shows that we’re capable of beating this level of teams, said Mavericks forward Kristaps Porzingis. That’s it. On to the next one” This game really sent a message to the NBA. Now it is up to the Mavericks to keep backing it up

Aaron Rodgers and Green Bay Packers bounce back against the New York Giants…what to make of it?
Good News For Barkley, Giants