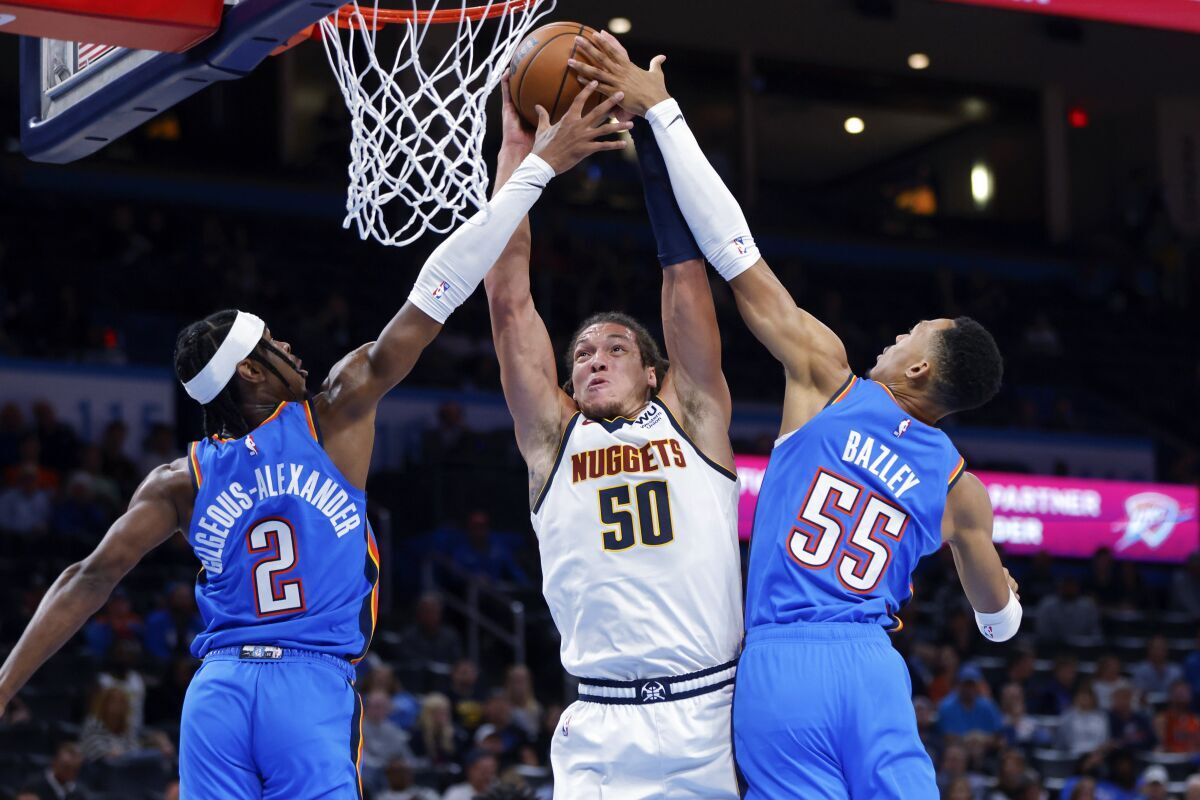 “You can see how he developed,” stated Nikola Jokic. “He can play 1 on 1, screen and roll, face to the basket, he can rim run. He’s the kind that’s a complete player, he doesn’t have a weak spot. He’s probably a top five two way player in the league right now. He completes us in every way.”

When the back-to-back MVP has such high praise for you, you must be doing something right. It’s safe to say that Jokic has enjoyed his time with Aaron Gordon, as the duo has been key to steadying the Denver Nuggets’ inconsistencies this season thus far.

Gordon was originally brought over from the Orlando Magic to be the defensive anchor in Denver’s high powered offense and has exceeded expectations on the offensive end. Gordon became Jokic’s second in command by default given the nature of the remaining roster, due to the much publicized injuries of Jamal Murray and Michael Porter Jr. which caused them to sit out the entirety of the 2021-2022 campaign. The former Wildcat’s tenure with the Orlando Magic saw him step up as the number one option on many occasions but finding his role within a championship caliber team may have been the biggest challenge in his still young career.

Gordon seems to have found the perfect balance between asserting himself on the offensive end and fitting in with the Nuggets’ plethora of offensive options with his blistering start to the season. The San Jose product has been exemplary in his last 10 games, averaging 19.6 points per game. The harmonious connection Gordon has formed with Jokic allows him to get easy looks in the paint, leading to an incredibly efficient 65.8% field goal percentage.

Three-point shooting has perhaps been the key inconsistency in Gordon’s offensive repertoire, with his best year from beyond the arc came in 2018-19 on 34.9% shooting. Fast forward to the present, with#50 shooting at an impressive 38.5% clip on 2.8 attempts per game. If he can continue to match this efficiency throughout the year, the Nuggets are a fearsome team to defend from beyond the arc.

The Nuggets are loaded with shooting talent with the likes of Michael Porter Jr., Jamal Murray, Kentavious Caldwell-Pope, and Bones Hyland on the roster. Opposing defenses have to decide whether to double team Jokic in the paint and die by the three-pointer, or guard the Serbian superstar one on one. Neither sound like acceptable propositions, rendering the Nuggets offense virtually impossible to guard in the half court.

Gordon was supposed to become the guy in Orlando being the fourth pick in the 2014 draft, bringing high expectations for the forward coming into the league. While that didn’t exactly materialize as many had hoped, the Magic’s glaring failures of the 2010s didn’t put him in a position to flourish. Successful player development has been hard to come by for a franchise that has had ten lottery selections since 2013 (although they may have finally found their cornerstone in Paolo Banchero).

Gordon however seems to have finally found his fit in Denver, where the Nuggets use his versatile skillset akin to a Swiss army knife.

“Just looking to be the glue guy. Do a little bit of a lot,” Gordon replied when asked about his recent scoring outbursts. ”Fill in where my team needs me and be there where I fit in.”

The memorable NBA Slam Dunk contests against Zach Lavine in 2016 and 2020 elevated Aaron Gordon’s fame to the mainstream. Many may see Gordon as a high flier due to the nature of his spectacular dunks in those contests. You find it difficult to look past his physical attributes, given that he boasts a muscular 6 ‘9″, 220 lb frame with a near 40 inch vertical leap. The otherworldly athleticism is certainly his most highlight worthy attribute, yet Gordon’s mental growth has been key in his development.

A seamless fit in the Nuggets culture around the two franchise cornerstones Jamal Murray and Nikola Jokic, Gordon’s down to earth attitude and sense of presence have brought comfort to a fanbase who was unsure how the team would cope with the numerous injuries that derailed their championship hopes. Gordon has also attributed his calm demeanor on and off the court to meditation in the past, a practice that has emerged as a valuable tool for the modern athlete.

The Denver Nuggets currently sit third in the Western Conference, only 1.5 games back of the top seed New Orleans Pelicans. Assuming his stellar offensive production continues and the Nuggets were to claim a top 2 seed by the time the All-Star break rolls around, Gordon would have a strong claim to All-Star status for the first time in his career.