Drew Brees injury: what will the New Orleans Saints do? 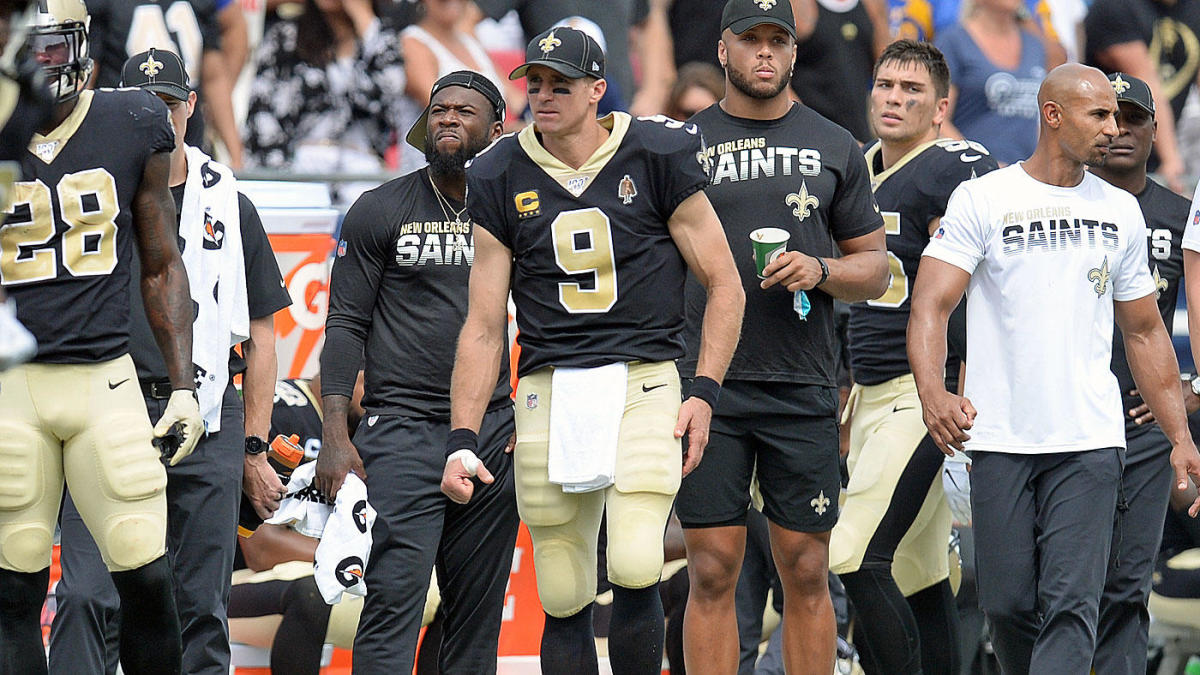 New Orleans Saints quarterback Drew Brees suffered a thumb injury on his throwing hand in Week 2 against the LA Rams. He hit his hand against superstar defensive end Aaron Donald, and he was seen attempting to grip a football to no avail.

Brees was admittedly concerned the injury was “significant”, and after consulting a hand specialist, his fears were confirmed: he suffered a torn ligament in his throwing hand that would require surgery. According to NFL Network’s Ian Rapoport, Brees could now miss upwards of six games. This now raises a lot of questions. Can the Saints still make the playoffs? Can backup quarterback Teddy Bridgewater keep the team afloat? Who is the favorite in the NFC South Division?

The Saints will now start quarterback Teddy Bridgewater, who has a Pro Bowl under his belt. The hope is that he can help the Saints remain at .500 football until Brees returns. However, we haven’t seen Bridgewater start an NFL game in quite a while. He’ll have to rely on his offensive weapons, namely superstar running back Alvin Kamara and superstar wide receiver Michael Thomas. He’ll also play behind one of the league’s best offensive lines, so he’ll have a real chance to prove he can help the team. Head coach Sean Payton will have to be creative in manufacturing offense. They may also rely more on Kamara and become a more ball-control type of team.

As for the rest of the division, it’s rather wide open. The Carolina Panthers, led by Cam Newton, are 0-2 and have more questions than answers. They were recently upset by the Tampa Bay Buccaneers, who have their own questions on both offense and defense.

The Atlanta Falcons could be the main beneficiary; they beat the Philadelphia Eagles to move to 1-1, and they now have the most experienced quarterback in the division. They also have arguably the best receiver in football in Julio Jones, and that tandem, along with a healthy team, could be enough to challenge for the division crown.

This does, however, shift the balance of power in the NFC. Whereas the Saints were once thought to be a Super Bowl contender, this now shortens the list of teams who might have a shot at the Super Bowl. There are a few teams who may benefit, including: the Los Angeles Rams, the Dallas Cowboys, and the Seattle Seahawks. It’s also fair to wonder if this is the end for Brees. He is 40 years old, which is the typical age of retirement for most NFL quarterbacks.

He’s a first-ballot Hall of Fame quarterback whenever he decides to retire. He may decide to retire after this season. It may come down to how he feels upon his return. If he can come back and help the Saints make the playoffs, then there’s hope. But if not, we may soon be saying farewell to one of the greatest to ever play the game.