Drew Brees Shows Everyone Why Hard Work Truly Pays Off 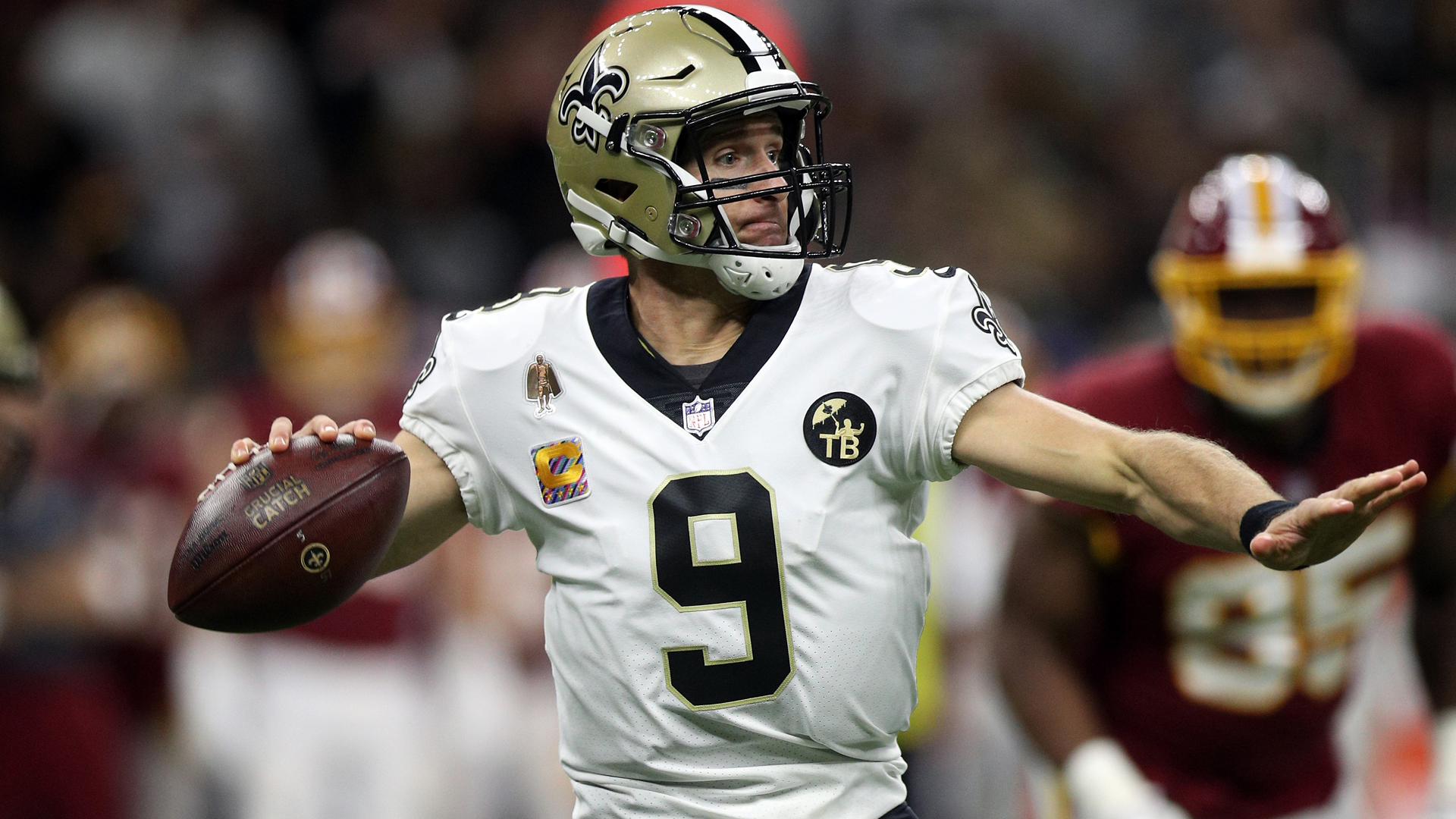 As viewers and those in attendance at the Mercedes-Benz Superdome watch quarterback Drew Brees break the all-time passing yards record on Monday Night Football, they all saw history in the making. The New Orleans Saints QB, who continues to make this offense great, did it in way where he shows everyone why hard work truly pays off.

Yes it was against the Washington Redskins, who are trying to win the NFC East since Kirk Cousins was quarterback. But what Brees did inspires most individuals in life on the amount of time, patience and work ethic it takes to be great. The 39-year-old isn’t exactly a 6’4 225-pound man who can throw on the run and take hits when its necessary. Brees is a 6-foot man who weighs around 209 pounds. He is much smaller than every quarterback in the league and has to adjust on his throws and progressions. He can do so much that coach Sean Payton puts him in great situations. They both understand that playing this type of offense, which involves a lot of slants, curls and screens, helps them move the chain.

This is the reason why Brees will go down as the most accurate quarterback in NFL history. He is number one at 67.2 percent in front of Chad Pennington (66.0), Kirk Cousins (66.0), Kurt Warner (65.5), and Peyton Manning (65.3). Two of these quarterbacks are all-time greats while the others work hard to be efficient for their careers. Accuracy in football dictates if a quarterback truly understands where to put the ball in pivotal moments. Brees is the best at that and no one can take that away.

Having the passing yards record at 72,103 and still going is pretty special. But what really makes him special and how it relates to others who struggle to make a living is what he said to his kids. After passing the record and celebrating with his teammates, he said to his kids that “you can accomplish anything in life if you’re willing to work for it.” That statement alone is what life is all about.

Brees went through a lot from shoulder surgery to leaving the San Diego Chargers because of money and what he has done to that franchise making them relevant. Once he arrived in the perfect situation, which is the Saints, his career went through the roof. He works hard everyday to be the best and this is why the New Orleans fans love him so much. They understand his sacrifices and commitment on a daily basis to make the franchise be a legit Super Bowl contender every season.

Hard work takes time to develop. It’s not about how talented or naturally gifted the individual is. It’s about having the mindset and will to be better everyday no matter what it takes. Everyone should take notes from Brees on achieve greatness in any career even if things don’t go as plan.