Eagles: Best Team in the NFL? 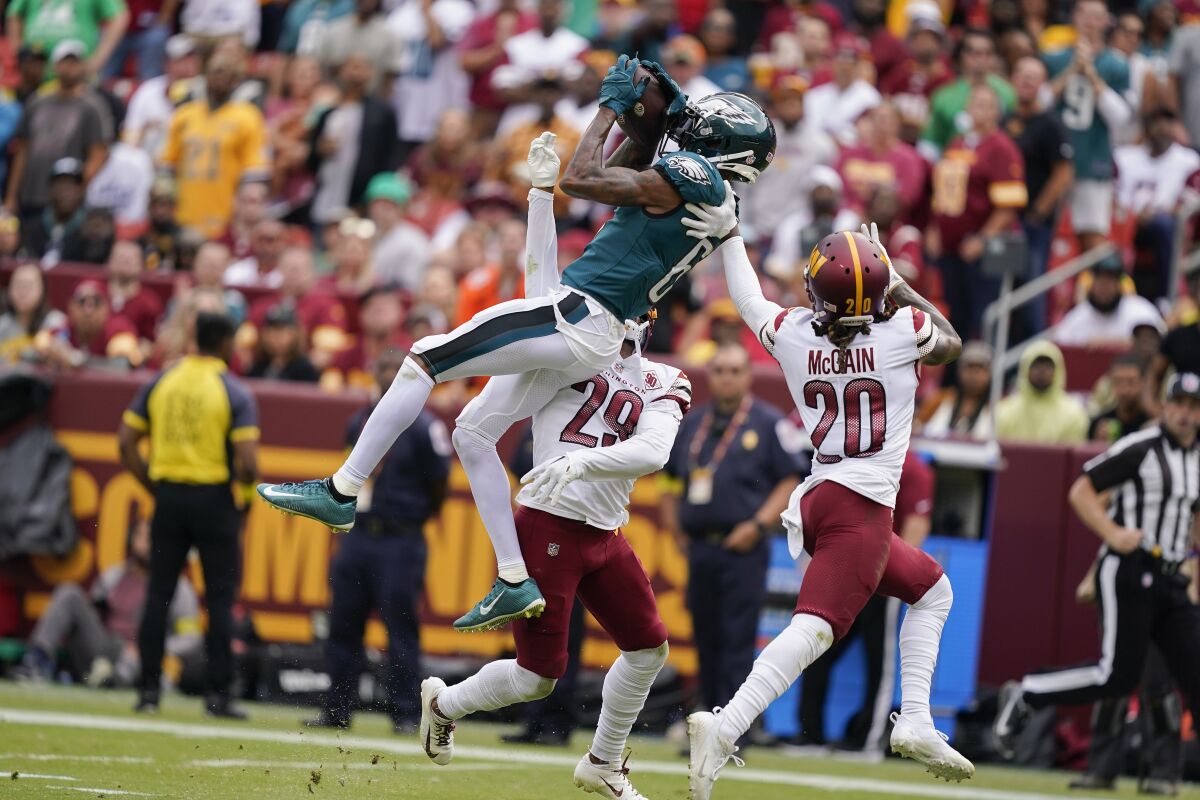 The Philadelphia Eagles have proved through three games that they can be Super Bowl contenders. They started the season just like Philadelphia envisioned after acquiring so much talent this past off-season. The Miami Dolphins are the only other 3-0 team in the NFL. As the season progresses will the Eagles be able to keep it up?

The entire NFC East topped the league for the easiest schedule in 2022. So it should not come as a surprise that the NFC is off to a fantastic start as a whole. While the Eagles are undefeated, the Cowboys and Giants are 2-1 along with the Commanders being 1-2. This means division games are going to be more important with the NFC East being more competitive this season.

Philadelphia has played two NFC North teams, the Detroit Lions and Minnesota Vikings to start the season. While the game in Detroit got close in the fourth quarter the Eagles were able to close it out 38-35. Week two against the Vikings was different because the Vikings could not get anything going all game. The Eagles took the Monday Night Football showdown 24-7.

In every game, this season the Eagles are won rather controllingly. And this past week against the Commanders was much of the same. The Eagles won 24-8 scoring all of their points in the second quarter. The game was never close with the Eagles being able to sack, former Philadelphia Eagle, Carson Wentz nine times. They also won the total yards battle 400 to 240. QB Jalen Hurts threw for 340 yards and three touchdowns while second-year veteran DeVonta Smith recorded eight receptions for 169 yards and a touchdown. This was an absolute performance out of Smith.

The Eagles have talent from top to bottom on their roster. It may be the deepest and most talented in the whole NFL if they can stay healthy and continue to buy into Head Coach Nick Sirianni’s philosophy. The Eagles will look to continue their undefeated start when they play the Jacksonville Jaguars who started 2-1 this season.

Who Can Stop Philly?

As stated before, the Eagles look incredible to start the season. It’s hard to imagine the Eagles being beaten at this point in time. They take on former Super Bowl Head Coach Doug Pederson this week and the 2-1 Jacksonville Jaguars. Pederson has gotten QB Trevor Lawrence and the rest of the team looking good after an awful season with Urban Meyer at the helm. This certainly will not be an easy win to check off the schedule already. This will be a hard-fought game on both sides.

After the Jaguars the Eagles play the Arizona Cardinals who have not looked at their best to start the season. They are 1-2 and the only win comes from an overtime win against the Las Vegas Raiders. Although anything can happen in the game of football, right now the Eagles are surely favorites.

Not looking too far ahead, the Dallas Cowboys are only three weeks away. One of the best rivalries in the NFL is always must-watch television. The Cowboys are currently 2-1 with backup quarterback Cooper Rush winning the past two weeks. Although by the time this NFC East showdown will occur, franchise quarterback, Dak Prescott will more than likely be back from this thumb injury. With both teams at full strength, this will be a great test for both teams and a meaningful one at that. Once again though anything can happen in football, but the Eagles do look unstoppable as of now.

The NFL season is a long one. It’s incredibly hard to keep up great performance after great performance. But it is possible for the Eagles to win more than 13 games this season and attain the number one seed in the NFC. If Jalen Hurts continues to prove he is the right guy for Philadelphia this team can go far. With A.J. Brown and DeVonta Smith dominating secondaries, it’ll be hard to stop the run and pass. Also, the defense is performing exceptionally from the front seven to the secondary. This looks like a complete team that will scare opposing teams all season long if they can stay healthy.