The Philadelphia Eagles acquire DE Robert Quinn from the Chicago Bears in exchange for a 4th-round pick.

The undefeated Eagles continue to get better with a week less until the NFL trade deadline. Quinn is coming off an 18.5 sack season with the Bears, second-best in his career. This season he has recorded eight tackles, three QB hits, and one sack. Quinn’s stats should improve in Philadelphia strictly due to having so much talent around him. 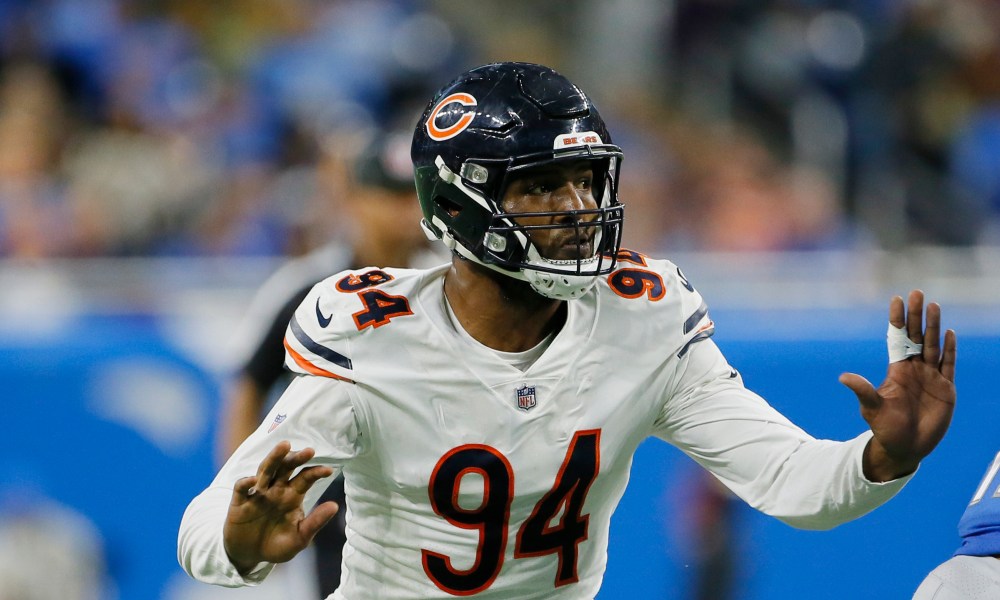 This is a great move to get more depth and experience on the defensive line.  They also did not give up much, and will not have to pay Quinn due to the Bears picking up most of his remaining contract. The Eagles may have one of the best rosters in the NFL from the top down. Their time is now to make another push at the Super Bowl.

The Philadelphia Eagles (6-0) are coming off their bye week. Their offense is currently averaging 394.5 yards per game, fifth in the NFL. On the other side of the ball, they are only allowing 297.8 yards per game, fourth in the NFL. The Eagles have shown that they are the real deal this season. They are firing on all cylinders and have been given a lot of praise from the media. However, they cannot get too high or that is when they’ll lose a game they should win. As long as Head Coach Nick Sirianni keeps the team level-headed, they’ll be just fine.

The Pittsburgh Steelers (2-5) are coming off a loss in primetime against the Miami Dolphins. This season has not begun as Pittsburgh fans would have hoped. Head Coach Mike Tomlin is on pace to have his first losing season in his tenor as the Steelers’ head coach. On the offensive side of the ball, they have not been able to move the ball constantly, ranked 30th in yards per game with 298.6. They are also giving up 394.3 yards per game, 28th in the NFL. Overall this football team is in a rebuild mode and has a lot to improve on.

After getting some rest on their bye week, I think Hurts will come out performing refreshed. He has recorded a 66.8% completion percentage, throwing for 1,514 yards, and six touchdowns with only two interceptions. On the ground, he has recorded 77 carries for 293 yards and six touchdowns. Hurts can do both and will make the Steelers’ defense pay, who give up 275.4 yards per game in the air and 118.9 yards per game on the ground. This is a great game for Hurts to come off the bye week to shake off some rust if there is any.

Rookie QB Kenny Pickett has had a rough start to his NFL career. Pickett took over the starting duty in week four after veteran Mitchell Trubisky started the first three weeks. The University of Pittsburgh alum has a 68.5% completion percentage, 771 yards, and two touchdowns along with seven interceptions in his three career starts. The Eagles’ defense should be able to rattle Pickett in the pocket and force turnovers throughout the game.

Start Strong: Teams sometimes come off their bye week sluggish, the Eagles need to come out hot. If there is any rust, they need to shake it off quickly because any football team coached by Mike Tomlin has a chance to win. When teams in the NFL take their opponents too lightly, that is when they are caught off guard and lose a winnable football game. If the Eagles start strong they should be able to put away the Steelers early and by a lot of points.

Rattle Pickett: Kenny Pickett is currently third in the NFL with seven interceptions thrown. The Steelers offensive line is not great so the Eagles’ defensive line should not have an issue getting to Pickett. When pressured he makes bad throws and makes mistakes. The ball hawks the Eagles have in the secondary should strive this game and keep improving their turnover differential this week. Generate takeaways = win the game.

Once again I expect the Eagles to win pretty dominantly. This could certainly be a trap game for Philadelphia given the circumstances but it’s hard to see that happening at this point. The Eagles have looked great in all three phases of the game and the Steelers have struggled mightily. As long as the Eagles do not underestimate them, they will come out on top and move to 7-0. The Pennsylvania rivalry kicks off at 1:00 P.M. EST on CBS.

Former Red Sox Have Their Fingerprints on the 2022 Postseason
Kyle Larson Dominates at Homestead; What to expect from Martinsville