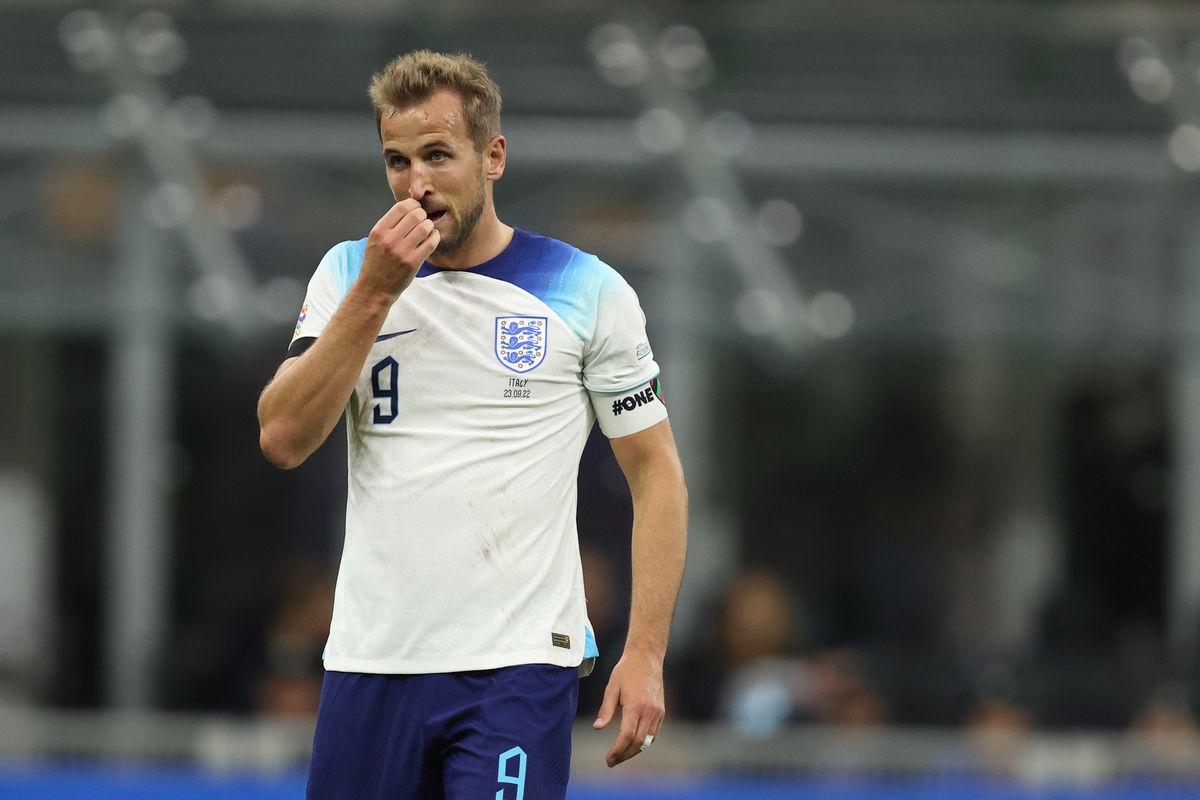 England’s potential starting 11 for the World Cup is still in the works with only one month left until the tournament. England are the heavy favorites to win their group with Iran, Wales and the United States in their group. Gareth Southgate has work to do to find out who he would want to start their first game against Iran on November 21st.

Here is a look at who should be in the starting 11 for England for the World Cup:

Southgate has gone with Pickford as his main starting goalkeeper and he will pick him for the World Cup. He was, however, left out off the September call ups due to injury. He already has 38saves, 14 clearances and a clean sheet in nine games with Everton so far. Pickford was also one of Euro 2021’s best goalkeepers with five clean sheets. Fans do have doubts over his recent injury and the fact he is playing for a team that currently sit 14th in the Premiere League. Regardless, Pickford has a superb track record with the national team and Southgate’s best pick for starting goalkeeper for England.

One of England’s most talented young players, Arnold has proven himself why he deserves to start for the World Cup. He’s been with Liverpool since he was 18 and already has a Premiere League and UCL title to his name. He has already 97 crosses, 20 tackles (17 won), eight interceptions and seven clearances in all competitions thus far. He will play in his first major tournament after being forced to withdraw from the Euros last year with injury. Trent can still feature in England’s potential starting 11 in Qatar, despite barely getting featured in the latest Nations games.

Coady has played and started in games with the England National team and is a great use of defending.  Since transferring from the Wolves to Everton, he already has a total of 43 clearances in nine games. He would be better choice to start over Maguire deserving to be in England’s potential starting 11 this November. He made four starts during World Cup qualifying and is familiar with England’s style of play.

Tomari is still new to the senior national team but is having an outstanding start to the season for Milan. He already has 27 clearances and 11 interceptions in 14 matches so far on the season. He is deserving of a spot to start over Maguire. Tomari is young, quick, and a great defender who has potential for a great future on the national team.

As for John Stones, he has been one of England’s best center backs. He had a brilliant Euro 2020 with 18 clearances and four clean sheets. In the Premiere League he has a total of seven clearances, five tackles and two blocks in six games. It is a no brainer that Stones will start in the back for England for Southgate’s team. He will be a huge part of the defense for England, if he can stay healthy.

Harry Maguire is having an extremely rough start to the season. In all three games that he has started, United has lost and Maguire’s performance was the one to blame. This forced Erik ten Hag to bench Maguire until his performance improved. He was abysmal during the last Nation League matches, making fans irate that he is still starting for England. His World Cup starting stop is in jeopardy unless his form changes before the start of the World Cup.

With Reece James ruled out of the World Cup with injury, this gives Trippier a chance with the national team. The 32-year-old has had good seasons with both Atletico Madrid and Newcastle and has established a recurring role with England.  Already in the Premiere League, Trippier has a total of 89 crosses and 49 corners, with a goal and an assist to his name. He also had two starts during World Cup qualifiers and three during the Euro Cup last year with an assist. Trippier is England’s best choice of left back with James out. It would also be a great opportunity for him to prove himself and the fans of England of his talent.

Mount had a horrible start to the season under Thomas Tuchel. However, with the arrival of Graham Potter both Chelsea and Mount have turned things around. Since Tuchel’s departure Mount has scored two goals with three assists in all competitions. He is one of England’s best young players with so much talent in the midfield. During World Cup qualifiers he started in six games with a goal and two assists. Unless injured, Mount is a shoe in for that starting role and England’s best pick for that position.

Rice has been a regular starter for the national team, and it looks to stay like that heading into the World Cup. This season with West Ham he has totaled two assists, 12 chances created 28 tackles and 18 interceptions thus far. He is a great player in the center of the field with great vison of the field. At the age of 19, Rice played for Ireland, but made the switch to England after he was approached by them early on in his career. He has not looked back since with five starts during World Cup qualifiers and seven starts during the Euro Cup last year. There is no doubt he will be featured in England’s potential starting 11 for Southgate’s side come November.

Arguable England’s best player now, Bellingham has been impressive for his club that will land him a starting spot in Qatar this November. The 19-year-old already has four goals, two assists, 34 tackles and 23 interceptions in all competitions thus far as he has started in 14 straight games with the club. Though a brilliant defender, Bellingham has learned to improve on his offensive skills, which he has shown with four goals during the Champions League play. He has not gotten much opportunity to play in the national team, however with his current form, Bellingham is Southgate’s best option for starting right midfield for England.

Sterling has been England’s biggest stars in the last few seasons as he looks to win a World Cup with the team before the end of his career. He recently made a move from Manchester City to Chelsea where he currently has four goals and two assists in all competitions. Sterling was a huge part of England’s run to the Euro Cup finals last year with three goals and one assist. The 27-year-old is becoming a veteran to the game with already a World Cup appearance in 2018 with England along with several appearances in the Champions League and three Premier League titles with Manchester City.

Top scorer in the last World Cup, Harry Kane looks to have another dominating performance in looks to take home another golden boot. He has been a scoring machine for the last eight seasons as he already has nine goals in the Premier League so far, with also a goal in the Champions League. Kane also had 12 goals in just seven starts during World Cup qualifiers, and four goals during the Euro Cup last year. Almost at 30-years-old, England’s main source of goals will be from Kane, so it is extremely important that he keeps good form heading into the tournament.

Foden usually flies under the radar with all the talent England have on their squad. He already has seven goals, three assists, 21 chances created, and 47 crosses in all competitions thus far. Foden is always producing chances and assisting the offense in scoring goals. He has four assists during World Cup qualifiers. Foden played a huge role in City’s title winning season by recording a career high of 132 crosses in the Premiere League. Only at the age of 22, Foden will be a key player for England in a squad full of very young talented players.

Can Anyone Stop Eric Haaland?
Karim Benzema’s Journey to the Ballon d’Or