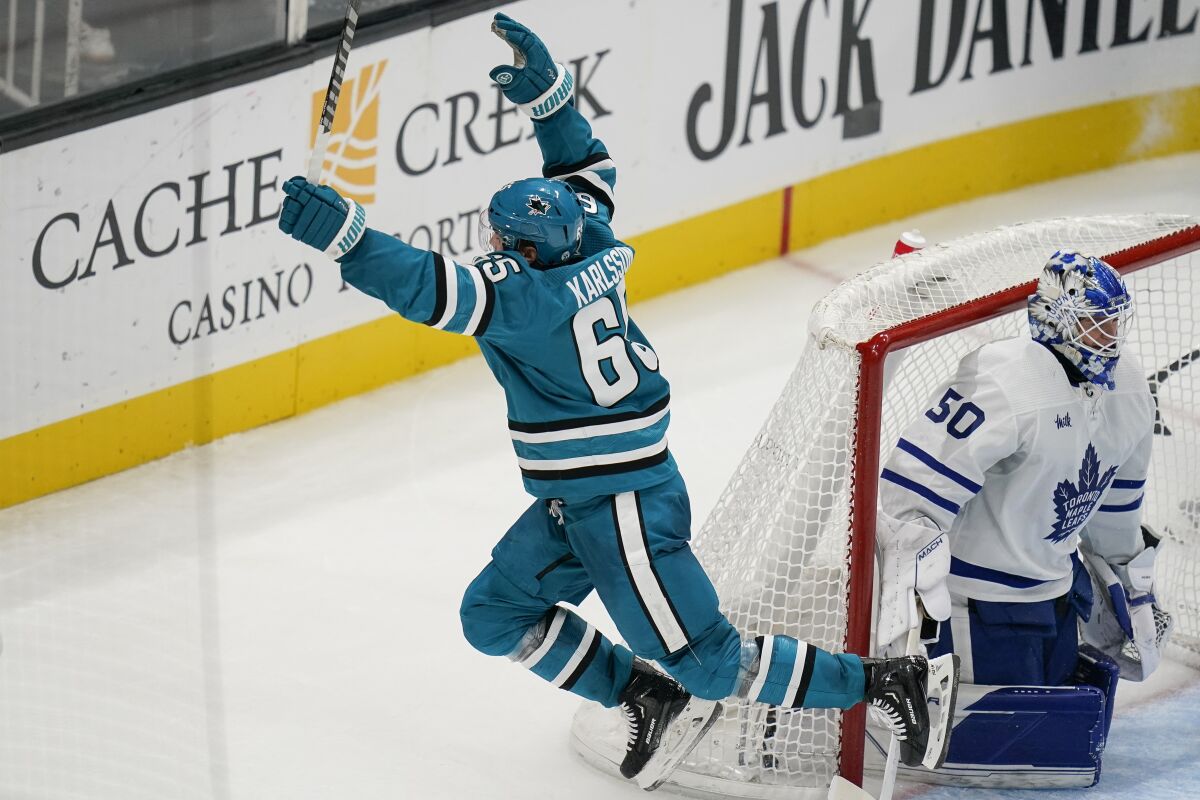 With 15 points in 12 games, Erik Karlsson is having his best start to a season as a San Jose Shark.

With the Sharks sitting at a 3-8-1 record, Karlsson has done his part in giving the team a chance to win every night. His most recent efforts came as his first career hat trick in a 6-5 shootout loss to the Anaheim Ducks on Nov. 1. This was also the first hat trick by a defenseman in Sharks franchise history.

Two out of the three Sharks’ wins have come in overtime with Karlsson scoring the winning goals in both games. Karlsson has already carried the team to a couple of wins this season and came very close to doing it again against the Ducks.

The Swedish defenseman is proving he can still be an elite player much like he was during his days as an Ottawa Senator. As a Senator, Karlsson won the Norris Trophy in 2012 and 2015 and recorded 82 points during the 2015-16 season.

There’s a reason why Karlsson is often brought up when discussing other elite defensemen such as Adam Fox, Cale Makar, and Charlie McAvoy.

Karlsson currently sits second in scoring among all skaters with nine goals and tied for sixth in points with 15. Karlsson is already on pace to surpass his point totals from last season where he recorded 35 points in 50 games. With the Sharks sitting at seventh in the Pacific Division, Karlsson has been one of the few bright spots on the team.

During his time as a Shark, Karlsson has shown some glimpses of his former dominance, but what he’s done to start this season seems to be more than just a small glimpse. Karlsson has displayed a skating ability fans haven’t seen in years, which has propelled him back to an elite level of play.

Karlsson appears much more confident when taking advantage of open ice and carrying the puck from the defensive zone to the offensive zone by himself and generating a scoring chance in the process.

There’s also his shooting and passing which have improved substantially. Karlsson currently holds a 28.1 shooting percentage which will likely go down during the season but is an example of how accurate his shots have been this season. He’s making his scoring chances count.

The main question mark that remains is his health. Karlsson started last season off strong but fell to injury and only played 50 games. If Karlsson can stay healthy and play close to a full season, he may reach his highest point total since 2017.

A healthy Erik Karlsson will be must-see TV for the majority of the season. A full season of consistent elite-level production could even land Karlsson back in the Norris Trophy discussion.

But for now, Karlsson has made significant steps in proving all his doubters wrong.