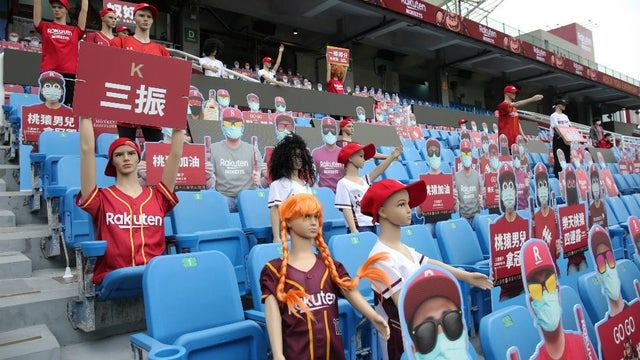 Fans of baseball all across the United States are itching to watch live baseball on TV. While the MLB has yet to begin their season, there may be other ways for people to get their baseball fix.

According to Yoo Jee-ho and Shin Chang-yong of South Korea’s Yonhap News Agency, ESPN is nearing a deal to broadcast South Korean baseball to an American audience. ESPN would air a couple of Korea Baseball Organization (KBO) games per week.

If the deal gets completed, it will become a great opportunity for MLB fans to get acquainted with the South Korean baseball scene. For people in the US starving to watch some baseball, it is exciting that ESPN will give us something we can indulge in.

The KBO’s March 28 Opening Day was delayed by the COVID-19 pandemic work stoppage and is scheduled to resume on May 5. The KBO would be the second pro baseball team to begin during the pandemic after the Chinese Professional Baseball League (CPBL) in Taiwan.

The CPBL Opening Day was originally scheduled for March 14 but began their season on April 11. The island of Taiwan has a population of 24 million people but only had 380 cases and 5 deaths, having one of the world’s best pandemic responses. Taiwan has mostly returned back to normal.

Without fans in the stadium, the CPBL has famously put cardboard cutouts and manikins in the seats (something for the MLB to consider when they begin their season).

With the MLB presumably not resuming in the month of May, having KBO games on ESPN will be fun to watch. Most American baseball fans do not follow international baseball so having easy consistent access on ESPN to KBO games brings the opportunity for exploration.

Many MLB players looking for a job sign contracts in the KBO. Former star-prospects and MLB players who are looking to re-establish themselves sign deals to play in South Korea. Fans of the MLB will recognize and be familiar with some of the players in the KBO.

This will also be a good opportunity for Americans to familiarize themselves with the best KBO players and teams who wouldn’t otherwise receive any coverage in the US.

The Doosan Bears will look to repeat in 2020 after winning the 2019 Korean Series Championship.

Hopefully, ESPN is able to complete the deal and bring KBO baseball to an American audience desperate for live sports.

For more information about COVID-19, visit the CDC’s website or the website for your state’s Department of Health.