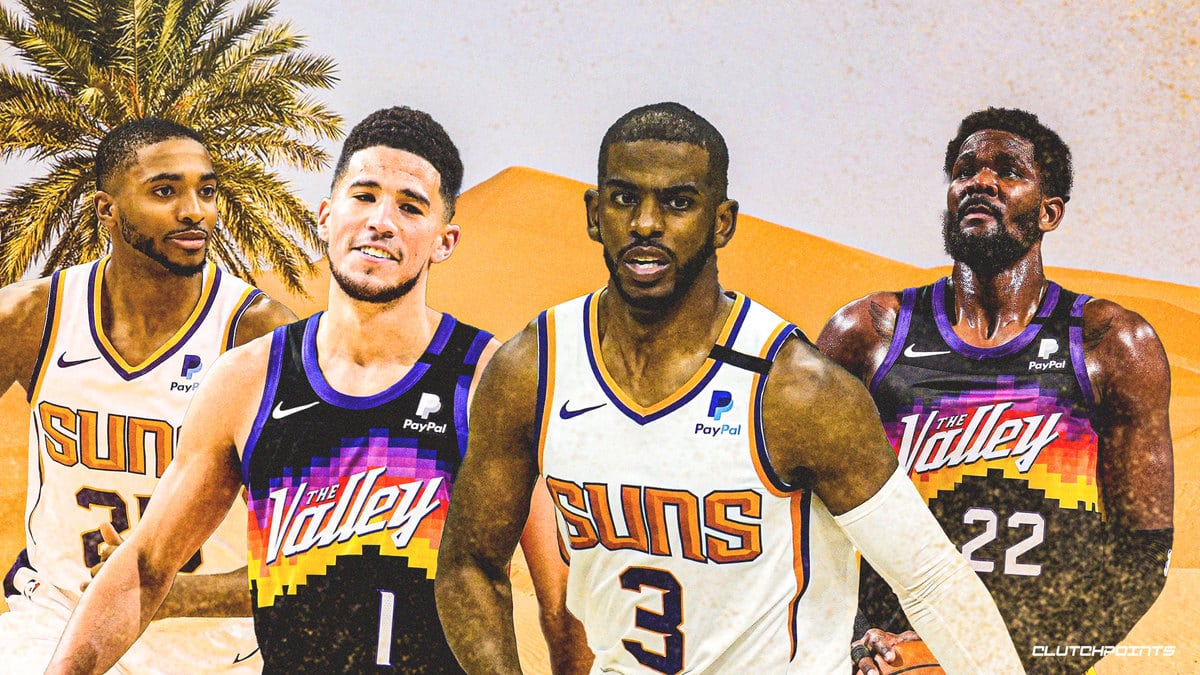 It’s that time of year!  Sports publications begin to issue a billow of early preseason rankings and themes in hopes of making the right prediction.

ESPN is widely considered as the best source for sports news.  ESPN counts down the best players in the NBA after dropping their 12th season of NBArank.

An expert panel of voters were expected to predict what they anticipated from each player during the upcoming season.  ESPN ranks the top 100 players based on last year successes and struggles.

Four members of the Phoenix Suns manage to crack the ESPN rankings with two falling in the top 25.  With talent concerns being out of the question for the Suns, where do these players rank?

Fresh off of inking a multiyear contract, Deandre Ayton hopes that his postseason downfall was just a fluke.  The 2021-22 season was seen as Aytons best season with Chris Paul at the helm.

Aytons struggles in this past postseason seemed to affect his ranking.  Ayton shot 37% from three and 63% from the field.  He was the only player in the NBA to do so.

Look for Ayton to build off his ranking in what seems to be a make it or break it season.  Expect Aytons productivity to soar.

The reigning runner-up for Defensive Player of the Year and NBA All-Defensive First Team member Mikal Bridges cracks the top 50 after transforming himself into an all-around defender.

The 3-and-D wing is one of the league’s best non-stars.  At 26 years old, Bridges hopes to transform his scoring game by improving his scoring on all three levels.  This is Bridges’ first time in the top 50.

Bridges jumps 17 spots from his prior ranking, starting off the 2021 season as the 66th best player in the league.  Mikal Bridges will continue to climb up the ranking if he is able to build off his beautiful shooting stroke, completing his game.

Considering the amount of scrutiny Hall of Fame point guard Chris Paul underwent, his greatness is undeniable.  Although the 37-year-old “Point God” may be considered past his prime, CP3 still ranks amongst the top point guards in the league.

Chris Paul is currently 3rd in assists and 4th in steals on the all-time NBA history list.  Given that Paul has managed to remain dependable in 17 seasons, fans can only hope that father time isn’t catching up to him.

Entering his 18th season, Paul falls eight spots in the NBArank.  A number 13 ranking in 2021 makes counting out Paul impossible.  He is an all-time great for a reason.

Look for Paul to showcase his Hall of Fame talent as the pressure for Phoenix to succeed rises with new ownership coming to town.

Devin Booker is arguably the best shooting guard in the league.  Coming off an All-NBA First Team selection, Booker finally cracks the top 10.

An NBA Finals run, an Olympic gold medal, leading Phoenix to a franchise record in wins and a top five finish in MVP voting all came to an abrupt halt after the Suns playoff collapse.  However, at 25 years old, Booker has yet to scratch the surface on who he can be in this league.

In today’s NBA, it is impossible to meet the standards of superstardom unless one is able to play on both ends of the floor.  Booker jumps five spots from his 2021 ranking, previously at 15.

Offensively, Booker is a top 5 player in this league proven by his footwork and finesse.  The ability to create space on all three levels, with his back to the basket or facing up, makes Booker nearly unguardable.

Defensively, Booker isn’t a liability.  He also isn’t guarding your best player on a nightly basis.  The real question remains if Booker is a number one option on a championship team?