Amidst the Cleveland Cavaliers’ having one of the best records in the league, all eyes have been on Donovan Mitchell. It’s well deserved with the insane season he’s been having, but it might be overshadowing a quietly good season from Evan Mobley. His number’s might not jump off the page, but it’s clear Mobley’s playing better than ever in 2022-2023.

Staying the Same is a Good Thing 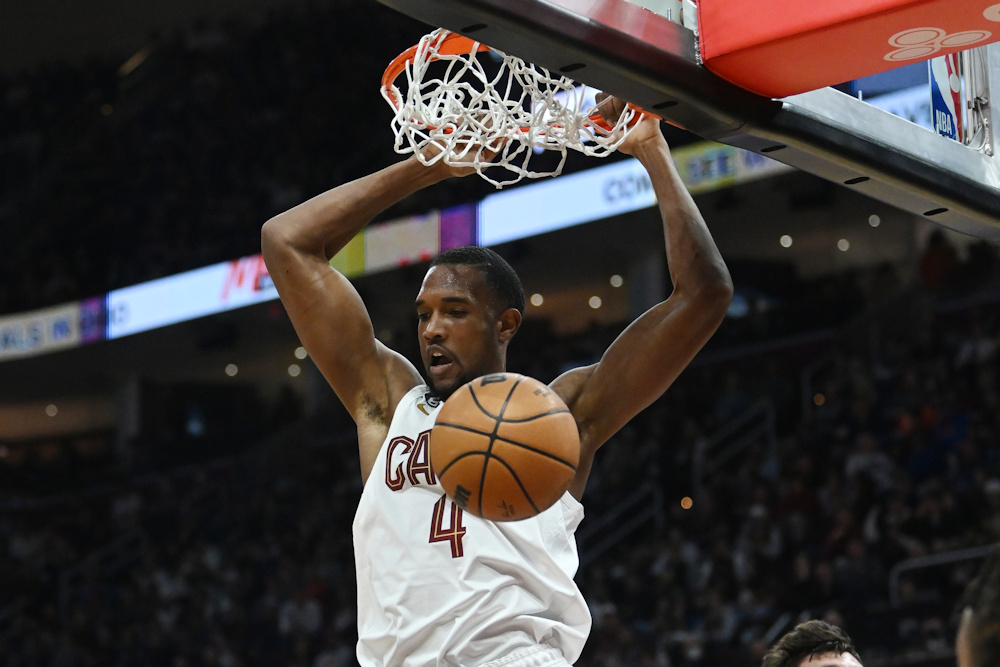 It’s quietly great because by the raw numbers, he’s basically performing about the same as he was last year. He’s averaging 15.1/9.3/2.7 this season versus 15/8.3/2.7 in 2021-2022. His defensive counting stats are essentially the same as well. That being said, the fact that he’s not going through a sophomore slump is pretty good on its own. Compared to Rookie of the Year Scottie Barnes for instance, staying the same is preferred.

Not only that, but the fact that Mobley has stayed basically the same in raw numbers when they’ve added a ball-dominant, high-volume scorer like Mitchell is doubly impressive. Mitchell is taking 20.4 shots per game, and that’s a lot of possessions to take out of Mobley’s hands, who’s taking two less shots per game. Mobley has made up for those lost shots by making the ones he’s got at a much higher clip, shooting 56.1% compared to 50.8% last year. He’s shooting much better from 3-10 feet mostly, as he’s improved his touch from close range. Also remaining consistently great is Mobley’s defense, as combined with Jarrett Allen he’s got the Cavaliers playing the best defense in the league. He may still give up weight to bigger centers, but he’s as switchable as they come and can still erase shots from all over.

Advanced numbers also like Mobley’s offensive game much more this year. He’s already got more offensive win shares this year in 32 games than last year in 69. He’s also a positive player per OBPM this year, and has improved by a full point in offensive RAPTOR as well.

Improvements Are Still Being Made 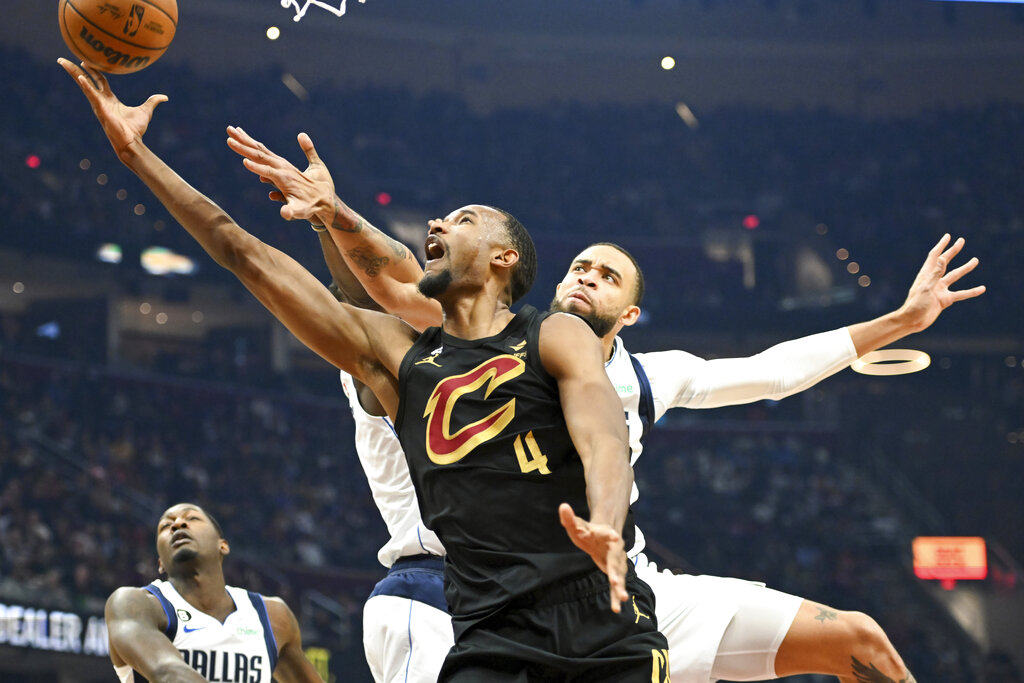 It’s clear then, that Mobley has made steps in his game even if the raw numbers haven’t increased. So far, December has been his best month from deep, hitting 35.7% of his triples on slightly increased volume. It’s still just 1.4 attempts per game, but the form looks good and he looks more and more confident taking them, even splashing a corner three in crunch time against the Dallas Mavericks a few games ago. Mobley is also improving as a ball-handler. His talent on that front was already impressive last year given his size, but he seems to have gotten even better across the board in that regard. He’s comfortable going coast-to-coast with the ball in transition, and he’s making the right passes in the flow of the offense.

He’s even got some razzle-dazzle to his game. When’s the last time you saw a non-Jokic seven-footer make a play like this? Sometimes he may defer too much, but the processing speed and vision he’s got on offense is something that is near impossible to teach. For him to possess that already is incredibly encouraging.

His shooting still leaves something to be desired, but it’s also not guaranteed to come with just time and hard work. What’s great with Mobley though, is that he might not need to be a great shooter to be a valuable piece on offense. His ability to dribble and playmake combined with his extreme efficiency inside means he’ll always be useful as long as his shooting is even half respectable. Something akin to Giannis Antetokounmpo, who’s a top-five player in the league at worst and is shooting 26.3% from deep and 28.8% on jumpers.

Giannis was also similarly skinny when he was drafted. Mobley’s next goal will attempt to match the size of the “Greek Freak”. Bulking up will give him more force on drives and when posting up. This will improve his already prodigious defense when he can bang down low with traditional centers and bigger forwards.

Mobley might not have eye-popping numbers, but he’s certainly still on the right track even if the raw points aren’t increasing. He’s rounding out his offensive bag more and more each game and he’s working better in the flow of a good Cavaliers offense. He’s doing more with less and he’s still just 21 years old. The advanced numbers show he’s improved, as has his gametape. Mobley’s future comparisons are two hall-of-famers in Kevin Garnett and Giannis. Those are lofty expectations, but so far, even in his season, he’s given zero indication he can’t meet them.