Examining the State of Playoff Basketball In 2020 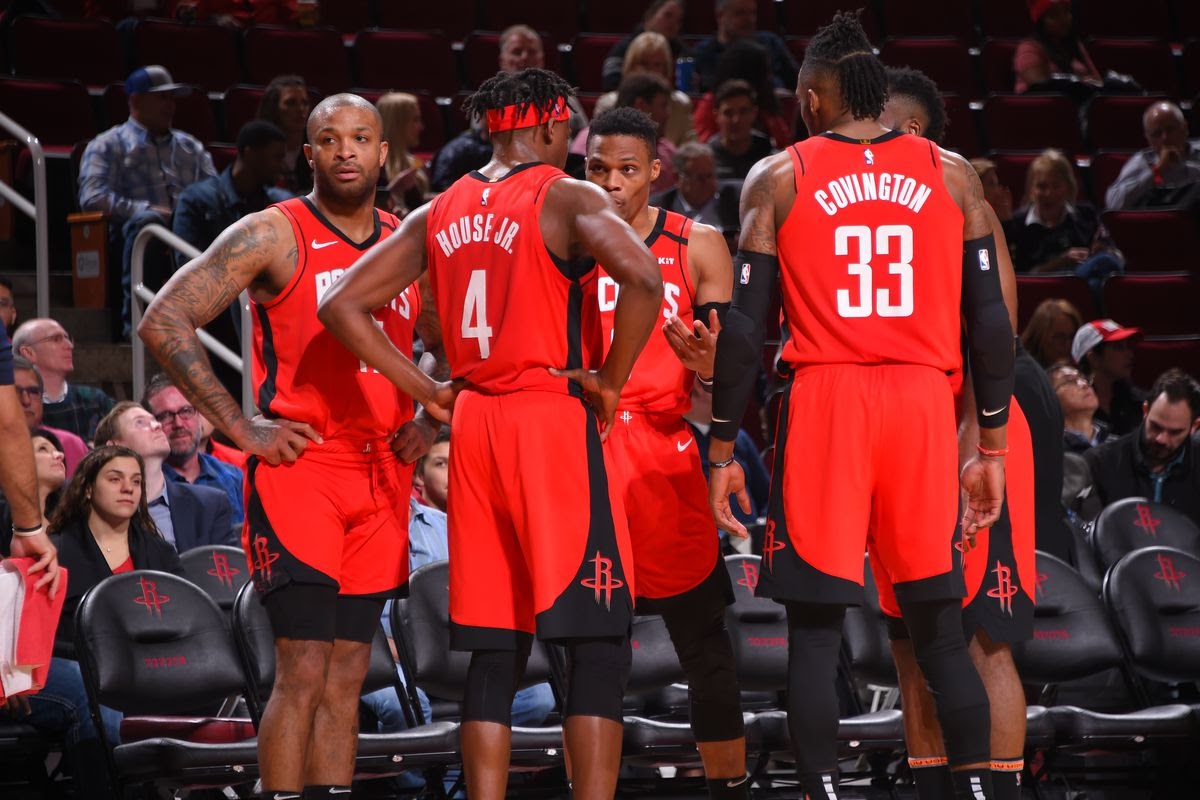 We’ve all heard it about our favorite players and teams. Sure, they’re winning for now, but can they get it done in the playoffs? That’s because basketball is the only sport in which the game is perceived to significantly change in the postseason. This in itself is bizarre. After all, it’s not like the strike zone changes in the MLB playoffs or teams stop running the ball once they get to the Super Bowl. However, the notion of ‘playoff basketball’ seems to be largely accepted. Its gospel is as follows: in the playoffs, thou most slow down the game, stop shooting threes, and worship defense, for defense is king. Lest ye forget, grind-it-out basketball is still winning basketball.

However, you don’t need me to tell you that the NBA has shaken things up in recent years. They’ve specifically gone after archaic rules, such as changing the shot clock reset to 14 seconds or the 2-3-2 playoff format. They’ve even considered getting rid of conferences, which have been in place since the 1940s. However, ‘playoff basketball’ is still religiously touted, despite it being more of the blueprint for the ‘96 Chicago Bulls than the ‘18 Golden State Warriors. So, let’s take a look at the first playoff games in the Orlando Bubble to examine whether the classical notion of ‘playoff basketball’ has fallen to the wayside, and what a modern version of it would look like.

So far, this postseason has facilitated scoring rather than defense-oriented play. This is the first postseason this millenium where every team has averaged over 100 points, so being able to hang with potent offenses is more important now than ever. We’re also seeing highs in points scored per game. Teams are now averaging 112 points per game, a jump of seven points per game from last year.

The Houston Rockets are making 19.8 threes per game this year, an all-time postseason high.

As one might expect, this year’s playoffs have also been historic in terms of three point shooting. Teams are shooting 38 threes per game, nearly ten more than the mark set just two years ago. This is also the best shooting playoffs ever. The average 37.5% clip from beyond the arc is the best postseason mark ever set. This increase in three point shooting reflects the philosophical shift in the league’s offenses rather than teams taking more shots, as total attempts per game has only increased by about two. In an incredible feat, this postseason will be the first where five playoff teams make more than 15 three-pointers per game. The previous high was one (last year’s Houston Rockets).

These new scoring threats are challenging the notion that grind-it-out ball is winning basketball. One of the key segments of a rough-and-tumble game is encouraging contact, drawing fouls to frequently cash in at the free throw line. However, in this postseason there’s almost zero correlation between free throws attempted and scoring, and a miniscule correlation (0.2) between free throws attempted and wins.

Another facet of ‘playoff basketball’ is dominating on the offensive boards. The logic behind this states that by opening up opportunities for second chance points, your shot at winning is dramatically increased, as offensive boards often lead to easy putbacks. This year, that strategy has gotten mixed results. Of the four teams averaging over 10 offensive boards, the Sixers were swept, the Lakers are a title contender, and both the Nuggets and Jazz will almost surely drop out in consecutive rounds. Offensive boards are also falling out of style like they’re plaid jerseys: seven more playoff teams averaged over 10 offensive rebounds last year.

Finally, the doctrine demands that your team must be proficient in isolation. After all, when the game slows down and gets more physical, you gotta have a reliable bucket getter, right? Not exactly. First of all, pace has yet to decline significantly from the regular season, only decreasing by one possession per game. Additionally, isolation play hasn’t impacted winning this year. Though teams are running more isolation plays in the Bubble than the regular season, there has been virtually no correlation between isolation frequency and wins (0.00840904), and between wins and isolation field goal percentage( -0.000392).

You don’t want to be shooting threes against the Boston Celtics–their opponents are shooting a playoff-low 27.8% from distance

However, the numbers do give the doctrine of playoff basketball this: defense is still king in the postseason, granted not in the ways you may think. First of all, defense has been more logical this year. This year the teams letting up the fewest points are winning even though the previous five years the teams that allowed the fewest points per game were first round exits.

In a league dominated by three point shooting, common sense would dictate that a major driver of playoff success would be limiting how well your opponent shoots from distance. Last year that was the case: opponents three point percentage had a -0.52 correlation to winning. Again, we expect this number to be negative, as the better your opponent shoots, the less likely you are to win. In an interesting twist, this was more important to winning last year than opponent scoring, which had a much weaker correlation to wins (-0.33).

This year, those numbers practically swapped. Opponents’ three point shooting became less correlated to winning (-0.35 this year), and opponents scoring jumped to become moderately correlated to winning (-0.65). This is largely due to the rising amount of competent shooting teams mentioned earlier. It’s almost a statistical given that they’re going to score from three as opposed to last year where teams like the Warriors often swung games off a Draymond Green make or miss from downtown.

This has major implications for defensive priorities in playoff basketball. Once one accepts that limiting your opponents shooting isn’t as important as it once was, focus shifts to limiting the quality of one’s opponents two-point looks. If you can suffocate your opponent around the paint, then their three point bombing most likely won’t be very impactful. The numbers back this argument up: two-point shooting and wins have a correlation of 0.65, whereas three-point field goal percentage and wins only had a coefficient of 0.04.

Jayson Tatum is playoff ready–he’s the only player averaging over 1.5 blocks and threes made per game.

All this information taken together can help us modernize the image of playoff basketball.  For one, the numbers signal that the center position may still have some life. Paint protection is key for disrupting two point shots, so as long as star centers have an ability to defend the perimeter, there may still be roles for players like Rudy Gobert. However, the numbers demand a shift in their focus. If they hone their efforts on protecting the defensive glass and getting back in transition, they’ll still play an essential role in playoff success.

As for perimeter players, they must become wary that their shooting is becoming more of a given. Surely being able to shoot from downtown will remain valuable, but in order to make a meaningful difference they’ll have to bring other skills to the table. This means that the archetype of the ideal playoff role player is one who can defend, shoot the three, and finish proficiently off the dribble, yet not get caught using his talents to play hero ball. Think players like Norman Powell, Landry Shamet, or Joe Ingles.

While the perception of playoff basketball remains largely intact, NBA teams are starting to catch up to the numbers. Teams are investing more and more into three point shooting, and you could watch an entire Denver Nuggets game without them running a single isolation play. Still, the NBA changes quickly. Once every team is aboard a trend, others start to emerge. With no clear title favorite on the horizon, one thing is clear: it’s only a matter of time before our picture of the game gets shaken up once more.