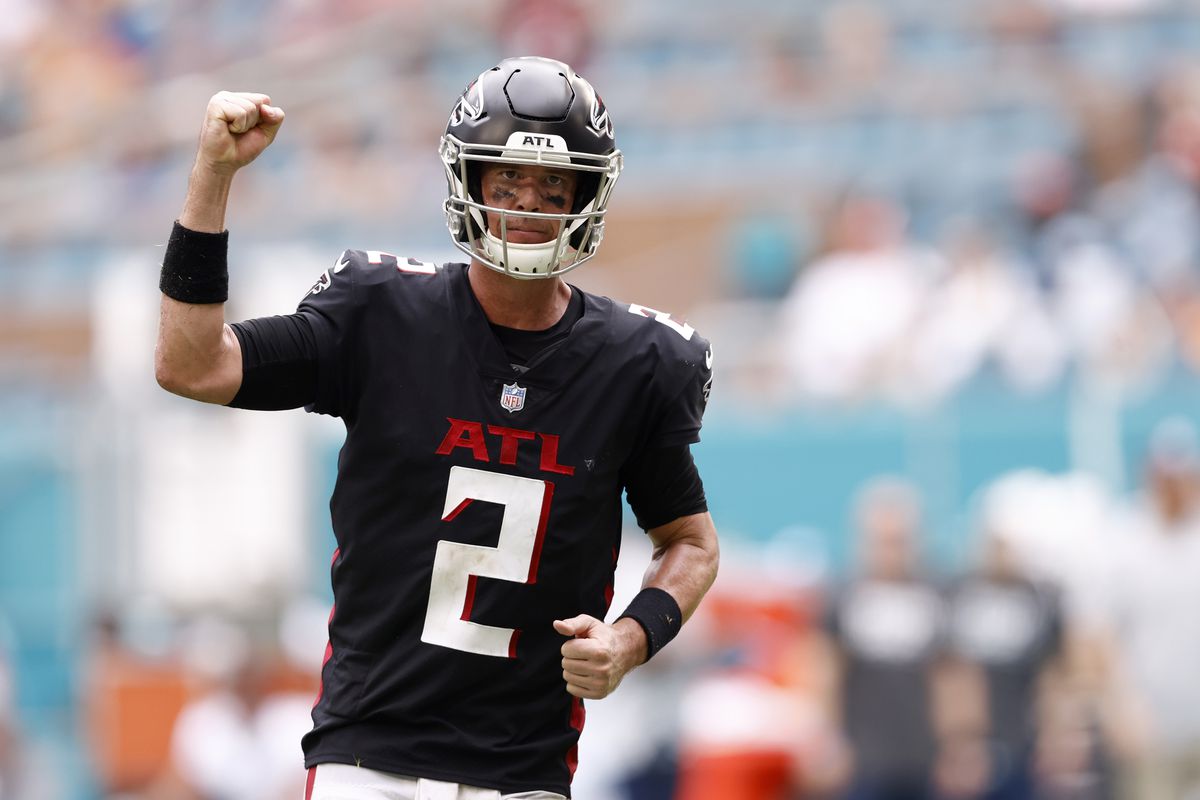 Falcons Outlast Dolphins | Recap and Takeaway from the Game

It wasn’t easy nor was it stress free, but when the clock hit zeros the score had the Atlanta Falcons on top. After another last second game-winning field goal from Younghoe Koo the Falcons defeated the Miami Dolphins 30-28 to get back to .500 at 3-3 on the season.

Atlanta fell behind 7-0 after the 1st quarter, but the offense continued to roll and finish drives—including a touchdown pass caught from wide receiver Calvin Ridley in his first game back after missing the week 5 match-up against the Jets. Add in a couple of field goals from Koo and the Falcons took a 13-7 lead at the half.

The second half saw a return of another receiver in Russell Gage open the Falcons lead at 20-7. The Dolphins would answer back with a score of their own, but Atlanta kept their distance after a Cordarrelle Patterson touchdown run to give the Falcons a 27-14 lead. Then a familiar scene started to rear its ugly head—the Falcons losing a lead late in the 4th.

After Miami scored 14 unanswered points to take a 28-27 lead with 2:27 left in the 4th Matt Ryan and the offense led a game-winning drive to give the Falcons their third victory of the season. Ryan finished with 336 yards in the air, two touchdowns and an interception.

Rookie Tight End Kyle Pitts had his coming out party two weeks ago against the Jets having nine catches for 119 yards and a touchdown. Pitts follows that performance with seven catches for 163 yards—including two big catches on the final drive that led to the Koo game-winner. Happy belated National Tight Ends Day to you, Kyle!

Timely Turnovers by the Defense

The Atlanta defense gave up quite a few big plays and a lot of yards—413 to be exact. However, the defense did force two Dolphin turnovers and they both were timely. That’s all you want from this young defense is to minimize the big plays and get the ball back to the offense who have been a roll the past three games.

Improvements on the Offensive Line

During the first three weeks, the Falcons offensive line had given up seven sacks. Since week 4 the Falcons O-Line has only given up a league-low two sacks. They’re giving Ryan time in the pocket and he is finding his weapons and this offense is on a tear the last three games.