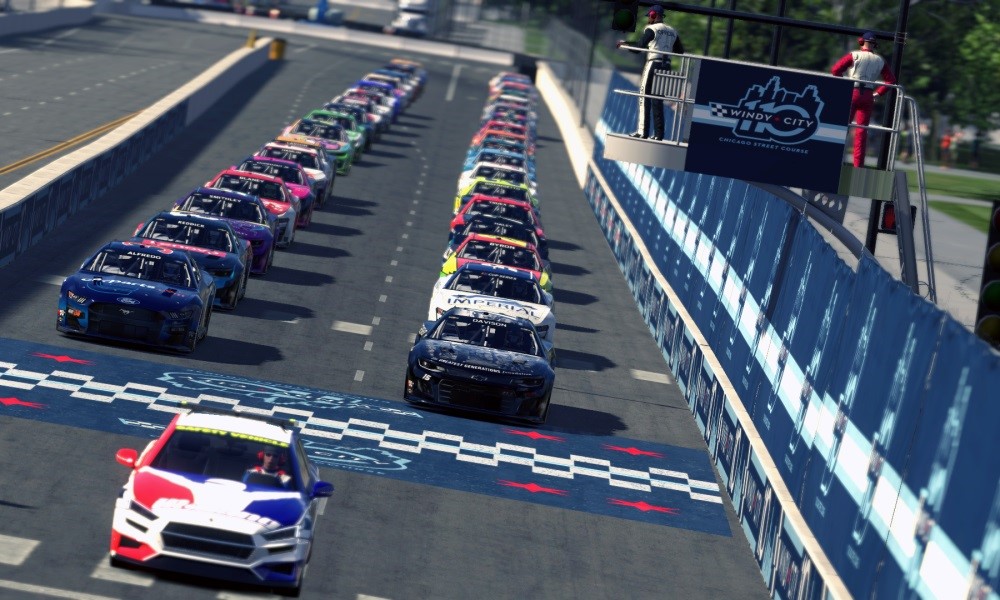 Chicago welcomes a new era of NASCAR in 2023:

The City of Chicago has always been known for three things. The Chicago Cubs, the Blackhawks, and CM Punk. They have also always been huge fans of motorsports. On Tuesday, it was announced that the first NASCAR Street Course race would take place in Chicago in 2023. Some people laughed at the idea of a Cup Series street course race.  What does this mean as we welcome a brand-new track to the schedule, and take out another infamous road course? Would the fans accept the Street Course race as well?

The Pro’s that come with the Chicago Street Course:

The main pro is that this is the start of a brand-new era for the NASCAR cup series. This could be a huge attendance draw to an already sport-crazed town. Amongst motorsports, street course racing is popular among fans and drivers. For Formula 1, the main draw is the prestigious streets of Monaco. Monaco is known for its riches, glorious seaside casinos, and the Monaco Grand Prix. For IndyCar, it’s the beautiful streets of Long Beach. This could be the start of a new era for street course racing for motorsports.

It’s not uncommon for cities in the U.S. to hold motorsport events in their downtown areas. From 2011-2013, Baltimore hosted IndyCar for a few years. Starting next year, IndyCar will race on the streets of Detroit after racing in Belle Isle Park for years. Street Course racing has always been prominent in America. But this is where the problems start to come in. Unfortunately for NASCAR, street course racing is more known for open-wheel cars.

The Con’s that comes with the Chicago Street Course:

NASCAR is known for racing on wide ovals, mostly while running three-wide. An issue with the street course could be that it could be too narrow for the drivers to pass each other. IndyCar is known for the Indianapolis 500, and its road and street course racing. IndyCar has been called the F1 of America. It could be possible in a few years that NASCAR moves around the country with different street course races. If NASCAR can’t be recognized as a motorsport that only races on ovals, then this event was a serious mistake. Another reason why NASCAR could be making a mistake is the end of an era of another road course on the 2021 schedule.

While a new era begins, Another era ends:

While one era begins, one era ends at the same time. With the addition of the Chicago Street Course, it was announced that Road America would not return to the 2023 schedule. Road America has been known to provide great fan experiences throughout the years, especially this year. The road course in Elkhart Lake WI has always had great racing, especially since the Cup Series’ return in 2021. Road America crushed attendance records this year, with over one hundred thousand fans in attendance over the weekend events. There is no chance that the Chicago Street course will be able to even come close to Road America’s attendance record.

There are unfortunately more cons than pros to having the Chicago Street Course on the schedule. Last season, the inaugural Bristol Dirt Race had a lot of split reception amongst the fans. Granted, this season’s Bristol Dirt Race was much better compared to last year. The track was much better prepared compared to last year, and it was held at night instead of in the daytime. This made visibility better for the drivers and fans.  What does this have to do with the Chicago Stree Race? Simple. Will the Chicago Street Course be accepted by the fans?

Will this be accepted by the Fans?

Usually, when a new track is added to the schedule, the fans accept it and look forward to the racing at hand. The fan’s reception to this announcement has been mostly negative. Time will tell to see how the racing is at the new Chicago Street Course. There is only hope that the racing will be fun to watch, and entertaining. Hopefully, the fans will accept the Chicago Street Course after next season’s race. The higher-ups of NASCAR are taking a big risk by adding a Street Course to the 2023 schedule. As previously stated, this could be the start of a new era for NASCAR.