Denny Hamlin is Stripped of Win, NASCAR gives a Heads-Up to the Teams 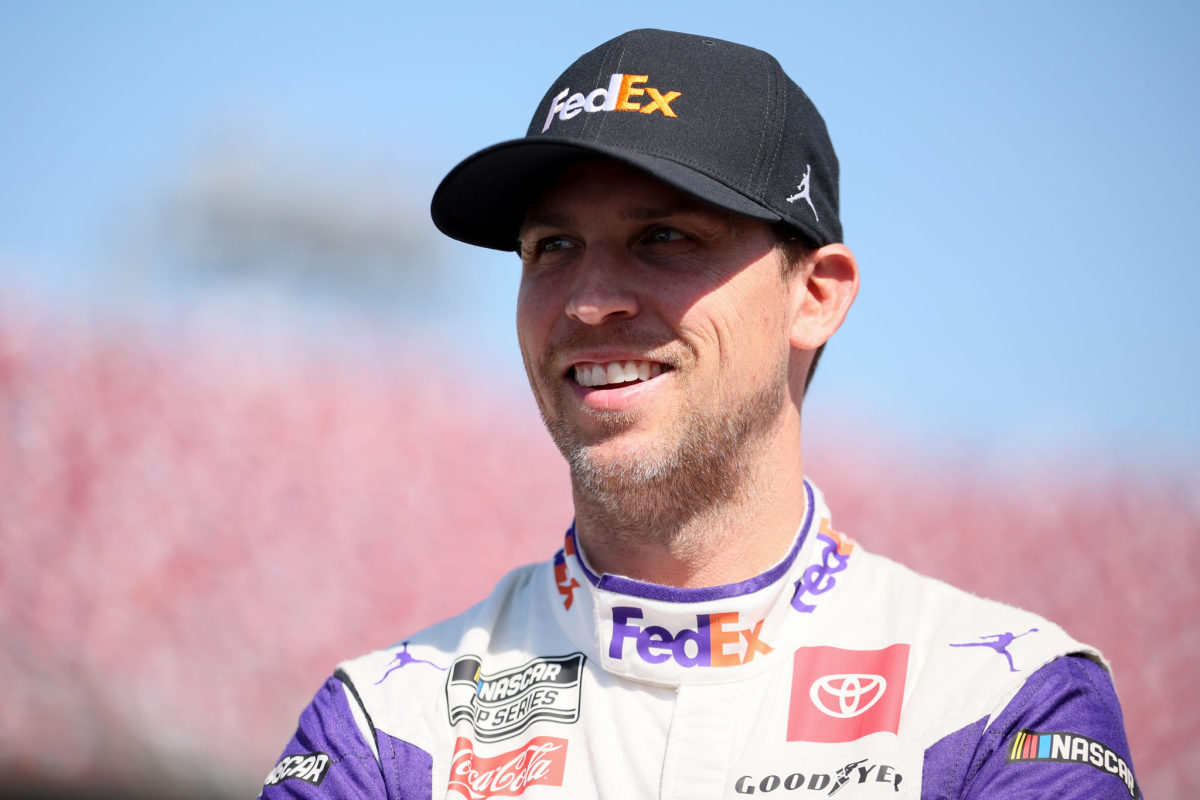 NASCAR is finally taking a stand with Technical Inspection

Next-Gen Car means Next-Gen cheating, right? Wrong. NASCAR has never been more strict about cheating or tampering with the cars than they are today.

Not even two hours after the checkered flag flew on Sunday’s Cup Series race at Pocono, it was announced that both Denny Hamlin and  Kyle Busch would be disqualified from their 1st and 2nd finishing positions. The pair are teammates at Joe Gibbs Racing. This would give the win to the 3rd place car, that of Chase Elliott. This would end up being Elliott’s 4th win on the season. Why is this such a big deal? It’s not just a big deal, it’s a massive deal. This has sent shockwaves throughout the teams and the garage area. Fans have always been critical of NASCAR for being too soft on finding cars that failed post-race inspection. This past Sunday shut those who were critical up for good.

Ahead of the 2019 season, NASCAR implemented a new policy that if the winning car had failed post-race inspection, whether it would be an L1 or L2 penalty, there would be a chance that they would be disqualified. As previously stated, on Sunday, both Denny Hamlin and Kyle Busch were disqualified. What warranted these disqualifications for Busch and Hamlin? The front fascia, or the front nose, was illegal. According to Wally Brown, the Joe Gibbs Racing competition director, there was a single piece of clear tape that was added to the left front and right front wheel openings of the cars. This unintentionally added reduced aero drag, which resulted in more speed. It was later announced on Monday that JGR would not appeal the penalties.

Why does this not happen more often?

The main reason is that teams can’t afford to modify these new cars due to bigger fines in points and money. Whether this was intentional or not, it hurt both cars and teams in a major way. Not many teams have the funding as Hendrick or Gibbs. If this were to happen to a team such as Spire, there’s a good chance that they would not have the funding to produce some extra cars for the end of the season.

What does this mean for the Sport?

Teams should be on their guard more than they already are. They need to be more careful when it comes to building the cars. No one is safe when it comes to modifying parts, or trying anything new when it comes to the new Next-Gen car. NASCAR is finally taking its technical inspection process seriously. We now know that NASCAR is keeping its word as to the disqualification penalties. It had been mocked for years prior due to there not being any postrace inspection issues for the winners. But now, we finally have the answer to what would happen if the winner failed post-race inspection.

Why are the penalties so severe?

One huge reason is that NASCAR is not messing around with the penalties with the Next-Gen car. They do not want anyone tampering or testing out new parts with the Next-Gen car. Brad Keselowski and RFK Racing found that out the hard way after the Atlanta Spring race. After post-race inspection, it was found that the #6 of Brad Keselowski was assessed an L2 penalty after a modified part was found on the car. Keselowski was docked 100 driver and owner points, and the team was fined 100,000 dollars. Conveniently, it was announced earlier this week that the car of Michael McDowell had a modified part and received the same penalty as Keselowski. NASCAR made it very apparent that they were not pulling any punches with the new penalty system with the Next-Gen car.

It’s like Hamlin never took the checkered flag on Sunday. Hamlin’s “win” on Sunday doesn’t count towards his stats. The 49th career win for Hamlin was going to be his 7th at Pocono and would tie Tony Stewart on the all-time wins list.  He will forever hold a piece of the NASCAR history book, but for the wrong reason. This proves that the higher-ups of the sport are not messing around anymore with the penalties. But for some, it will always be in their memory banks. that of Taylor Hamlin, who rode with her Dad all the way to victory lane to celebrate the win.