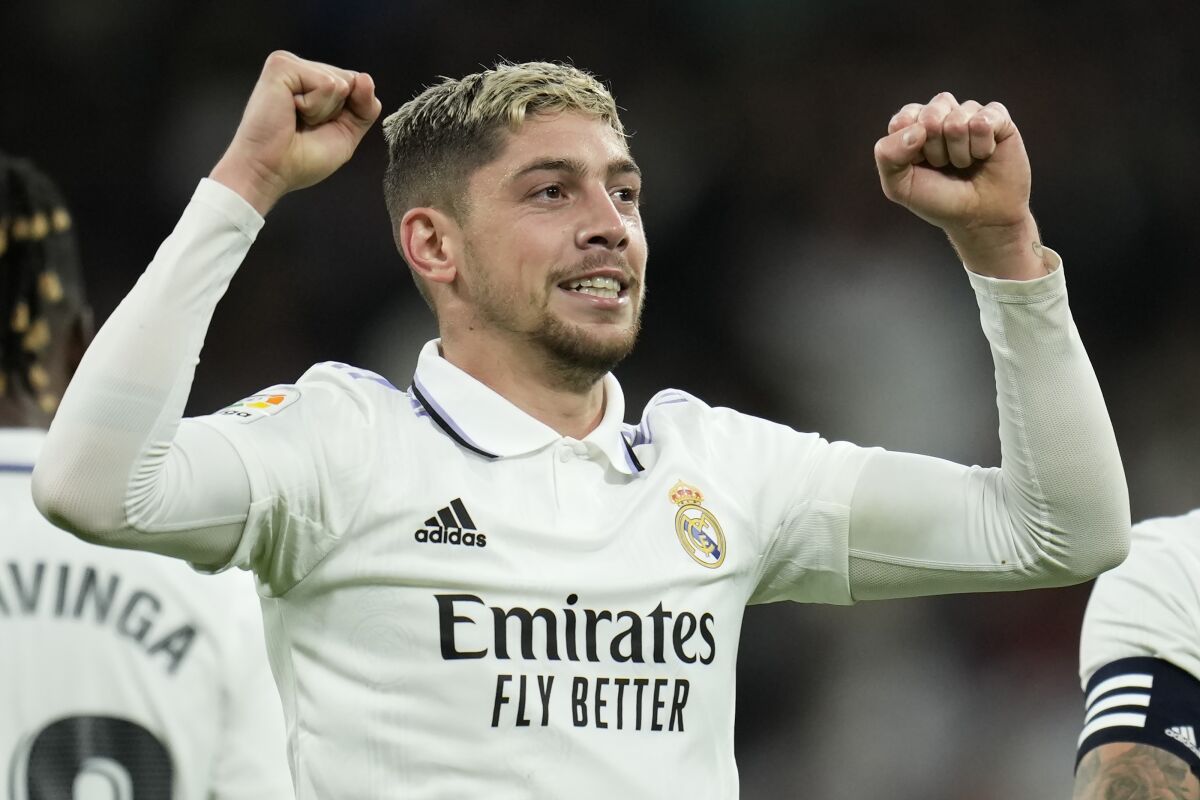 Federico Valverde: The Golden Boy. The young Uruguayan seemed to take some time to develop into the player Real Madrid wanted him to be, but now he is proven himself to the team why he should remain a regular starter.

Valverde began his career in Penarol, a team based in Uruguay. Real Madrid bought him at the age of 18 where he played with the B team. In 2017 Real Madrid loaned him to Deportivo La Coruna for one year. Despite not scoring in 24 appearances, Real Madrid still saw something special in Valverde and decided to keep him after his loan was over in 2018.

Real Madrid only used him off the bench in the beginning of his senior season. As the years went of learning from world class players like Toni Kroos, Gareth Bale, Karim Benzema, and Luka Modric, Valverde developed into a world class player himself. He recorded his first assist against Girona on Oct 2019. Later, he scored his first LaLiga goal in Nov 2019 against Eibar. That year he finished the season with two goals, five assists and 26 chances created in 25 starts.

The following year he received less starts with just 15. However, he still managed to score three goals, one assist, and 29 chances created. In 2021, Valverde hit a speed bump and dropped in performance. He failed to record a goal that year with just two assists and 31 chances created in 27 starts. Because of the season Vini Jr and Rodrygo had, Valverde fell behind and was not able to keep up with the success they were having.

That all changed for the Golden Boy. He became a regular starter at the beginning of the season and leads the team with the most goals so far with eight in all competitions. In LaLiga, he has scored in three games in a row including in El Clasico against Barcelona. All three of those goals came from outside the box. Along with the seven goals, he has recorded 30 chances created and 23 crosses. He already surpassed his season high for goals and chances created and is on pace to pass his assists record.

With Valverde breaking out this season, the Golden Boy is one of the players to watch in the World Cup. He made his senior debut for Uruguay in 2017 at the age of 19. Valverde was featured in the preliminary roster but was left off the World Cup in 2018. He appeared in 14 starts during the 2022 World Cup qualifiers and scored two goals. Valverde is waiting to spark with the national team, and the World Cup is the perfect stage to do that.

Valverde now joins the list of players like Eric Haaland, Kylian Mbappe, Vini Jr, and Phil Foden as future Ballon d’Or winners. The Golden Boy still has more to prove, but he has shown what his potential is. With Benzema battling a few injuries this season, Real Madrid have still been able to win games with the help of Valverde.