Field of Dreams: A Fan Perspective 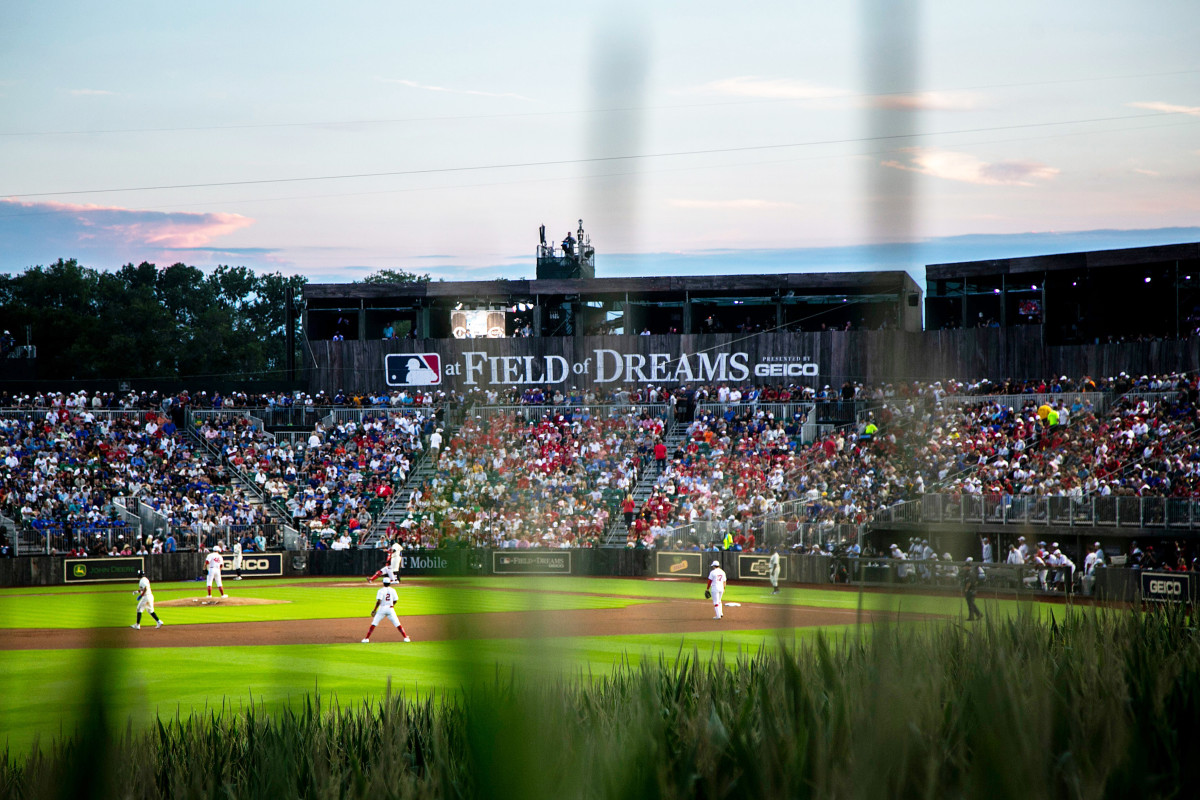 I was very excited when I found out that the Chicago Cubs were playing in the Field of Dreams game. Seeing that the team facing the Cubs was the Reds, it was beneficial to have a not so good team face them in this game. Seeing the players get excited to visit Dyersville and to walk in the corn stalks was a nice feeling of togetherness. Lastly, right before the game started, seeing players like Andre Dawson, Lee Smith, and Ryne Sandberg take part is a legendary moment. Also seeing Johnny Bench, and Ken Griffey Sr. and Jr. is a treat for most fans of baseball.

I was a little nervous going into this game as the Cubs have been inconsistent  and I did not want them to lose on such a historic field. But with two outs, Seiya Suzuki doubled, Nico Hoerner singled, and Ian Happ doubled to make the game 3-0 in the first. After seeing that, I knew it was going to be alright. Drew Smyly was the pitcher for the Cubs and went 5 innings of no run ball and threw 9 strikeouts. As a fan, it was really comforting that he was so dominant for the first half. During the 3 run inning, fans cheered loud and even as an away team, there were thousands of Cubs fans in Iowa.

In the 4th inning, Nick Madrigal singled to make it a 4-0 lead. This was the last of the Cubs runs and the bullpen helped keep the lead. Nick Lodolo threw 4.2 innings for the Reds and gave up 4 runs and struck out 6. Their bullpen also kept the game competitive. In the 7th. Matt Reynolds doubled and scored 2 to make it a 4-2 game. In that moment, my heart started to beat faster as I knew we have some bullpen issues. But after that it was smooth sailing as there were no more runs scored by either team. Once Rowan Wick struck out the last batter, the final cheers were heard. Here is the box score for the game.

From a fan perspective, the Field of Dreams game was such a fun experience. It was great to see how fans of teams with below average records can still cheer for their teams.  It is especially exciting to see the team I root for win even though it doesn’t matter in the long run. There are plenty of reasons to enjoy a ballgame and seeing a unique venue is one of them. Having this happen each year is great for not only teams but fans. I cannot wait to watch the next Field of Dreams matchup and more memories to be made.

Check out why Christopher Morel is the New Cub Star

Ceddanne Rafaela is This Year’s Breakout Red Sox Prospect
Las Vegas Golden Knights: The good the bad and the ugly