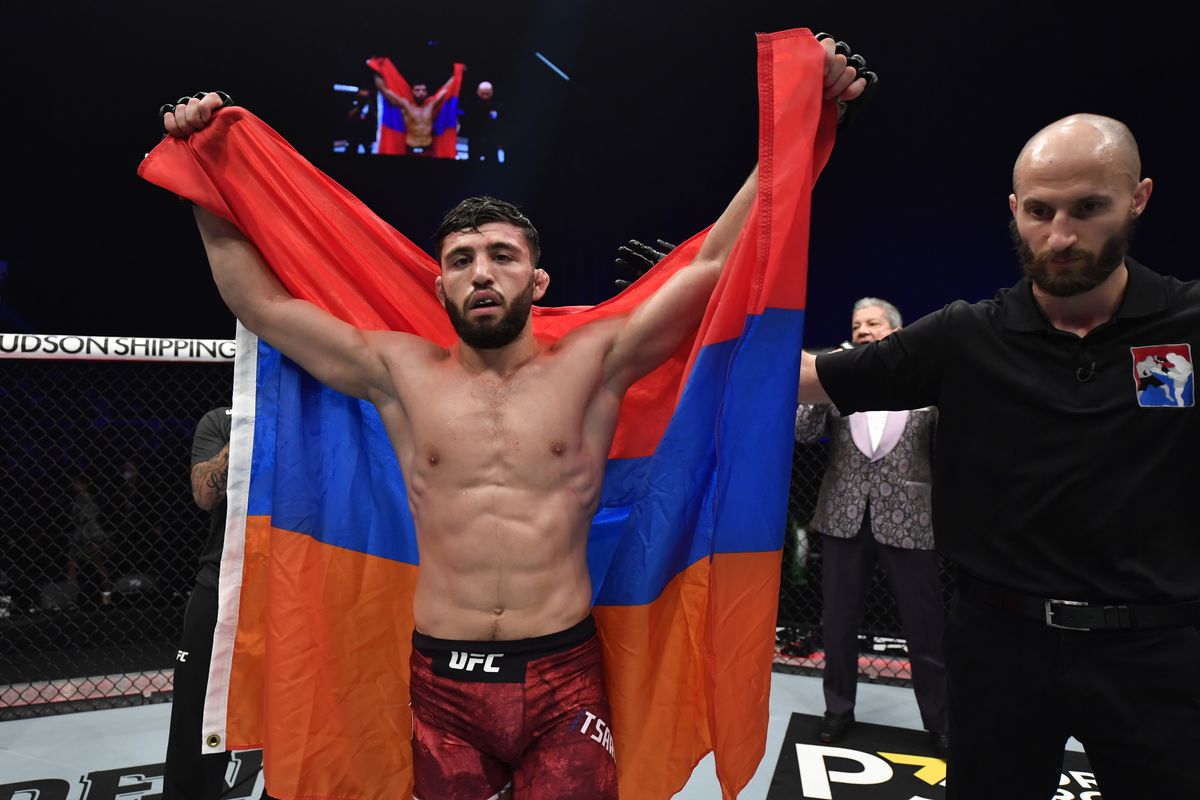 The Lightweight division has been a shark tank that keeps delivering great fights. The main event of UFC on ESPN 38 has #11 Arman Tsarukyan taking on #12 Mateusz Gamrot. Tsarukyan is coming off a TKO win over Joel Alvarez and Gamrot a TKO over Carlos Diego Ferreira.

Tsarukyan is a well-rounded fighter with solid wrestling  and effective kickboxing. After a losing his debut to Islam Makhachev, he earned wins over Olivier Aubin-Mercier, Matt Frevola and a TKO’s over Christos Giagos and Joel Alvarez. Tsarukyan has fight IQ and composure that seems beyond his years. He mixes striking and takedowns fluidly and has excellent conditioning that allows him to relentlessly chain wrestle and win scrambles.

Gamrot is an accomplished grappler who competed as a freestyle wrestler on the Polish national team and in the ADCC Submission Grappling tournament. Gamrot lost his UFC debut to Guram Kutateladze in a bout that earned Fight of the Night. His next two bouts earned Performance of the Night bonuses for a knockout win over Scott Holtzman and submission of Jeremy Stephens. Grappling is Gamrot’s strength, relying heavily on single-leg takedowns he often shoots from distance. He uses lateral movement to stay off the center line and has a powerful right hand.

Both fighters can offensively grapple so the deciding factor will be takedown defense and effective kickboxing. Often fights between good grapplers see the result being determined by who has better striking, in this case that’s Tsarukyan. Tsarukyan demonstrated he can actively grapple and scramble against Islam Makhachev, arguably the best wrestler currently at lightweight. Gamrot’s key to victory will be to start fast and maintain a high-pressure pace similar to his fight with Ferreira.

Lightweight is easily one of the deepest and most dangerous divisions currently in the UFC and this is a can’t miss bout. The prelims begin this Saturday at 7pm EST on ESPN2/ESPN+ with the main card starting at 10pm EST on ESPN/ESPN+.