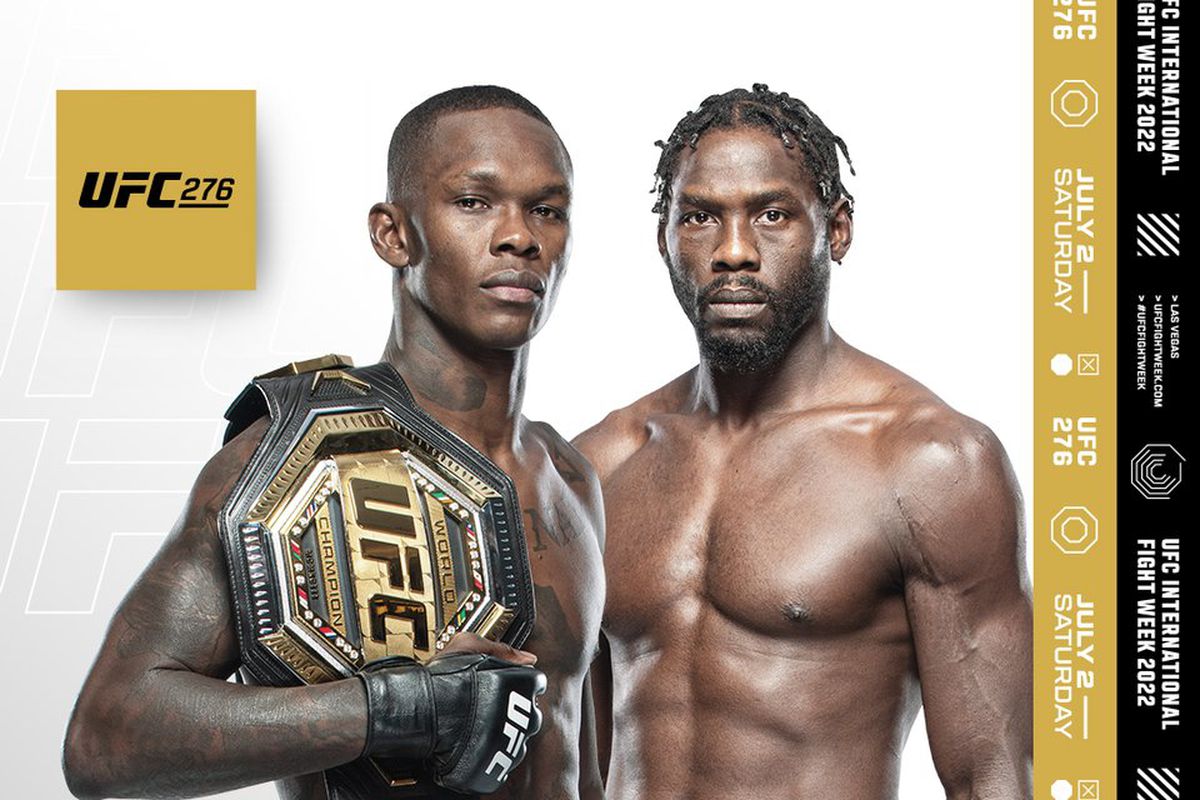 The UFC caps off International Fight Week this Saturday with a stacked card at UFC 276. The event will be headlined by reigning Middleweight champion Israel Adesanya taking on #2 ranked Jared Cannonier. Adesanya is undefeated at Middleweight with his only UFC loss coming from a venture up to Light Heavyweight. Cannonier is coming off a knockout win over Derek Brunson at UFC 271.

Adesanya is arguably the best striker in the UFC right now. His head movement and footwork is near flawless. He uses feints to set up his powerful counter strikes and low kicks. He is a cerebral fighter with a high fight IQ. Adesanya’s grappling defense has made massive strides in his performances against Middleweights since his loss to Jan Blachowicz at Light Heavyweight.

Cannonier possesses immense strength and power given his past as a Heavyweight and Light Heavyweight. He’s found his home at Middleweight, where he is currently on a two-fight win streak and has a 5-1 record, with four wins by KO/TKO. He demonstrated his kicking ability to the legs against Robert Whittaker and to the head and body against Kelvin Gastelum. For a larger fighter he employs good movement and the ability to switch stances fluidly; however, he can become flat footed at times. He has a tendency to load up on shots because of his immense power, leaving him susceptible to counter strikes.

Adesanya will have the technical striking and experience advantage from multiple title defenses. Adesanya will look to strike at distance using feints and counters. I would also anticipate a heavy leg kick approach like he employed effectively against Costa, Vettori and Whittaker. Cannonier should first look to check the low kicks of Adesanya, something the others failed to do. Another key for Cannonier would be to invest in body strikes because Adesanya’s head movement makes it a difficult target. If Cannonier is to attempt a takedown he must do so in the open of the Octagon away from the fence, Adesanya has become too effective at using the fence to build back up.

This main event is complimented by an entire card worth of exciting match-ups. As a fight fan, I couldn’t think of a better way to kick off your Fourth of July weekend. The early prelims begin Saturday at 6pm EST on ESPN/ESPN+, the prelims air at 8pm EST on ABC/ESPN/ESPN+, with the main card beginning at 10pm EST on ESPN+ Pay-Per-View.