Film Study: How Utah Made the Grizzlies Play the Blues 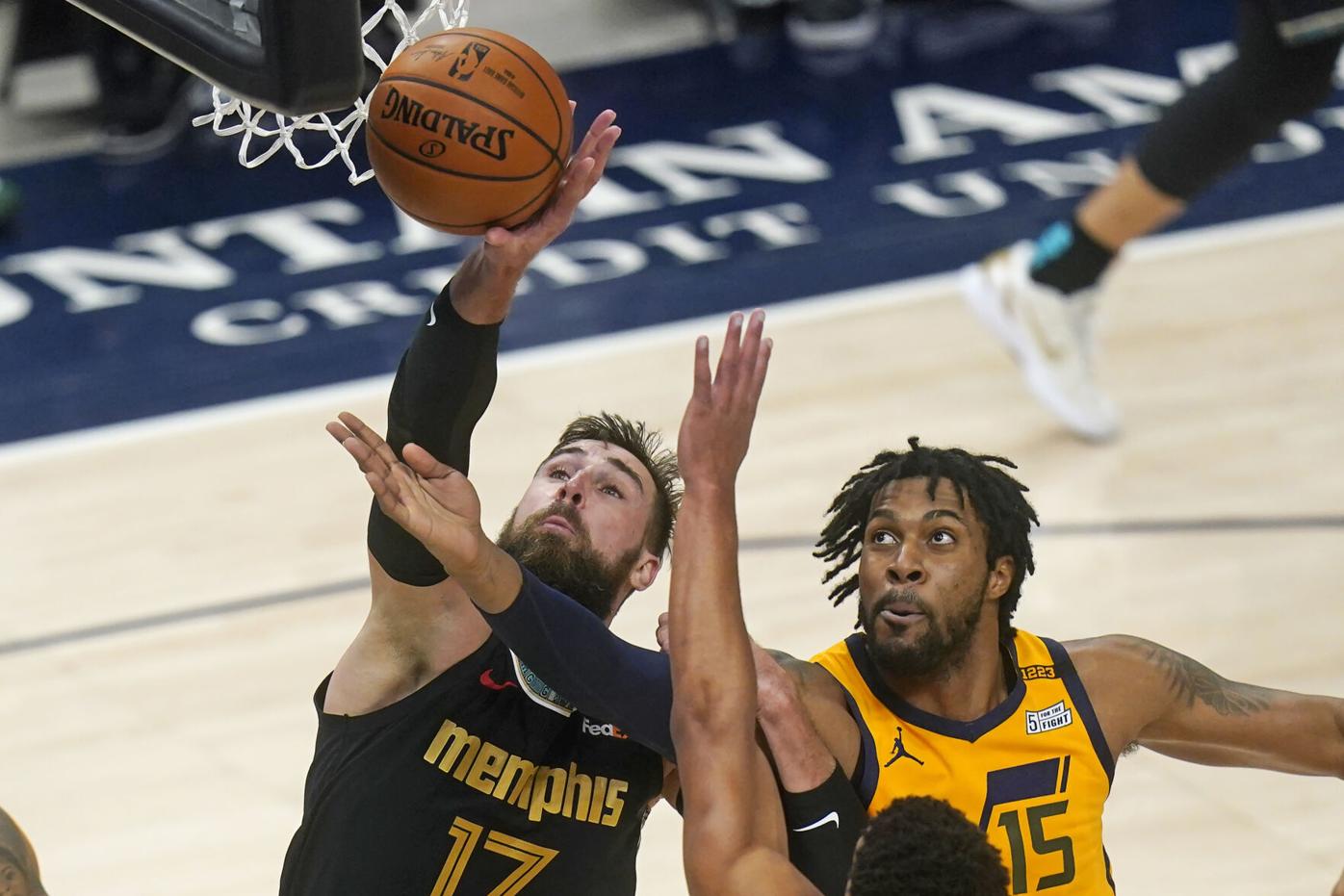 Where were the hints that the Utah Jazz were this good? I mean it’s not like they had the best record in the league or anything. Nor had the team had a track record of consistent regular season play, say, making the playoffs each of the last four years. And with such excellent play on both sides, one would think the squad’s ranked in the top four on both offense and defense.

Ok, so maybe the signs were there all along. Still, both of the Jazz’s efforts in back-to-back wins against the Memphis Grizzlies were rather impressive, playing with a sense of togetherness and execution that would inspire jealousy from most, if not all other teams in the league. As one of the NBA’s youngest teams, Memphis’ failure to execute to a similar standard shouldn’t be held against them. Still, I’d caution Taylor Jenkins away from simply throwing away the tape, as there’s much to take away from the series. As such, let’s get into the film to see what the Grizzlies could learn.

One of the tenets of Quin Snyder’s defense is his team’s keen sense of spatial awareness. This may seem questionable, but it manifested itself in a couple of ways that sunk the Grizzlies’ offense entirely. Mike Conley sniffs out that Ja Morant is spotting up in the corner, where he’s shooting well below league average. Instead of sticking to his man, Conley dashes in from the corner, placing three Jazz defenders on the pick and roll. This leads to a steal, where the Jazz made quick work of Memphis’ defense in transition.

Though the Jazz were able to do this time after time in the first quarter of the first leg of the series, eventually Jenkins and company were able to stem the tides of the turnover battle, coughing up the ball seven less times during the rematch. Unfortunately, Memphis wasn’t able to capitalize on these opportunities as frequently as they’d like. Once more, this is almost entirely on Utah’s ability to stick together as a defensive unit. In the following stretch, the Jazz fall behind in numbers and still manage to make the best out of a bad situation. By using their three bodies to cut off Morant and his two most immediate outlets, the resulting shot is a Dillon Brooks triple–a shot that’s exponentially less efficient for Memphis’ offense.

All in all, the Jazz made it a point of emphasis to force the Grizzlies into bad shots, rather than going for a block or steal. Of the team’s starters not named Grayson Allen (who’s shooting an exceptional percentage from deep), three of them are shooting under 33.3%–so the fact that Utah coerced them into 24 threes in under seven quarters of play had to be somewhat of a victory.

However, it’s not all bad from the Grizzlies’ standpoint! Though Memphis started off both games on a rocky note (dropping first quarters by a combined 34 points), Morant and company flexed their ability to adjust to Utah’s bag of tricks. Take the following possession, where Utah ‘ices’ this Morant-Brandon Clarke pick and roll (that’s a fancy term for forcing Ja towards the sideline), in order to keep the duo of proficient finishers away from the rim. Having seen this coverage a few times, Ja decides to SLAM on the brakes, making Royce O’Neale look like a fool in the process.

Defensively, however, Memphis struggled fairly consistently to contain Utah. In a sadistic twist of fate, the Grizzlies’ one-on-one D was fairly consistent, though Donovan Mitchell and company managed to hit tough shot after tough shot. Instead, it was the team defense of the Grizzlies that proved to falter more often than not.

Part of this dynamic stems from the fact that Memphis was throwing out some fairly advanced coverages. Take the play below as an example. With Joe Ingles draped by the larger Jonas Valanciunas, Brooks and Tyus Jones recognize that the skip pass to the opposite corner is virtually impossible. Thus, Jones wisely crashes in from the corner to put a second body on Rudy Gobert, cutting off all of Ingles’ outlets in order to force him into a half-hearted fallaway.

However, such execution wasn’t always the norm in either of the two games. Make no mistake–though the Jazz shot an absurd number from downtown during the series, one has to wonder how much of that was due to the Grizzlies giving up some wide open looks. These lapses even translated to some easy looks at the rim, a cardinal sin for NBA defenses. I admittedly have no idea what the Grizzlies are running here– it looks like Clarke is under the impression that the team is running man while the guards have set up in a zone. Regardless of the mishap, it leads to an easy dunk for Gobert.

Though Memphis dropped both games of the series, it’s clear the team’s staying positive with a rematch, this time at home, right around the corner. “I think we can compete with them,” said Jenkins after Saturday’s loss. “A lot to learn, we had a lot of breakdowns in both games in the first quarter which set the stage for having to mount a comeback. Really proud of the positive mentality we had to go up against a really, really good team…we’ll have another opportunity in the next couple days.” With a tuneup against the Houston Rockets on tap for tonight, the Grizzlies have a great opportunity to iron out their approach for their final contest with the Jazz on Wednesday. Expect a disciplined outing in the Grindhouse tonight.