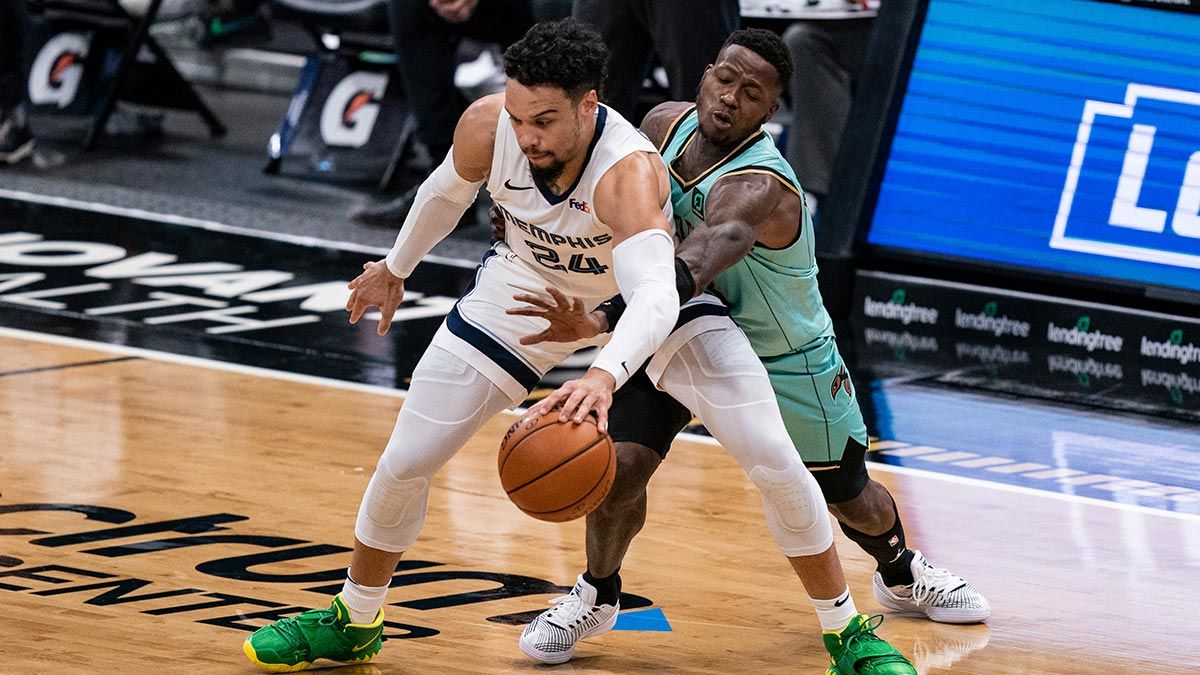 The Grizzlies are not a controversial franchise. They play in an uncontroversial arena, wear aesthetically pleasing jerseys, and are universally appreciated for their hard-nosed history. Basketball writers around the globe sing the praises of Taylor Jenkins, avid watchers celebrate the under-the-radar selections of Desmond Bane and Xavier Tillman–Ja Morant highlight tapes have even captured the imagination of NBA casuals. However, ask any Memphian to point you the way of the team’s most polemic player, and they’ll all guide you in the same direction: Dillon Brooks.

A four year man out of Oregon, there’s a common retort against Brooks. He’s playing way above his role, it goes. He’s the only one that thinks he’s going to make any of his shots–and he misses all of them anyways. To be fair, this opinion has some statistical merit. Brooks is shooting 37.7% from the field and a measly 29.4% from three, both career lows. His shot selection could also be chalked up to a measure of irrational confidence, and for a player who’s as score-first as Brooks is, you’d like him to get to the free throw line with more consistency. Brooks averages a meager 2.2 free throw attempts per game–only two shooting guards average more points while shooting less free throws (Jordan Clarkson and Buddy Hield).

However, this argument ignores a crucial part of Brooks’ appeal–fit. Simply put, Brooks fulfills a role on the Grizzlies that nobody else can: a legitimate threat to score off the dribble from all three levels. Though his shot selection can get a little out of hand, it’s worth noting that the Oregon product makes shots that seem impossible, rather than merely attempting them. There are few Grizzlies who possess the confidence to bowl over their opposition, only to immediately attempt to float up a shot over one of the league’s premier shot blockers:

In a league where so much of a team’s synergy is based around fit with star players, Brooks also fills a niche of chemistry alongside Ja Morant. Though he can’t be used as a partner in the pick-and-roll, Brooks has learned how to create for himself in subtler ways, weaponizing Morant’s gravity to open up looks in unique fashion. Brooks sniffs out exactly what’s going to happen the second De’Andre Bembry falls behind Morant on this possession–he’s calling for the ball in the corner before Desmond Bane even gets his fingertips on the ball.

Morant has also developed unparalleled chemistry with Brooks, targeting him more directly in half court sets. Watch the communication between the two of them that makes this awesome skip pass possible.

This isn’t something that Morant has been able to develop across the board. Xavier Tillman similarly calls for the ball for an open corner three on this possession, but Morant either misses X completely, or doesn’t trust his ability to knock down the shot from deep.

However, Brooks doesn’t just bring basketball savvy through his connection with Morant. He’s also grown into a leader by leveraging his experience. In his fourth season, Brooks is somehow the team’s second most experienced wing player, and has been a member of the organization longer than anyone on the roster. On a squad as young as the Grizzlies, those extra reps can be extremely important. For example, in a game like Monday’s loss to the Toronto Raptors, Memphis’ young guns were unable to respond to the sheer intensity of the Raptors’ fourth quarter run. Having been around the block, Brooks was a rare bright spot for Memphis down the stretch, scoring nearly a third of the Grizzlies’ fourth quarter points. It’s definitely not a coincidence that he finished as one of three Grizzlies with a positive +/-.

Finally, Brooks is a model spokesman for the Grizzlies ‘Grit and Grind’ motto–he plays with an undeniable heart to his game. Brooks is one of the team’s most fiery perimeter defenders, and he’s improved even more this year, posting a career high in steals and blocks, all while cutting down on fouls by nearly one per game. That hustle translates to the offensive side of the ball, where Brooks is able to consistently hustle his way into several good looks per game. Though hustle stats are difficult to quantify, Brooks’ profile still manages to provide a window into his effort. A fighter if there ever was one, he regularly puts his body in harm’s way, leading the team in deflections and ranking third among all shooting guards in offensive rebounds.

In short, Dillon Brooks is a unique antidote to some of Memphis’ deepest problems. For the second straight game, the Grizzlies offense has sputtered in the clutch, leading to multiple blown leads in the waning minutes of winning basketball games. Whether or not you like the way he does it, Brooks is one of the few players on this team that can reliably create looks for himself in crunch time. Couple that with his experience and coordination with Morant, and it’s easy to see his appeal from a coach’s perspective. Though Brooks has yet to achieve the level of consistency he’d like, his 22 point outing against Toronto is a step in the right direction. Given that he dropped another 20+ point performance the last time he played the Charlotte Hornets, expect Brooks to begin firing on all cylinders once more for the foreseeable future.