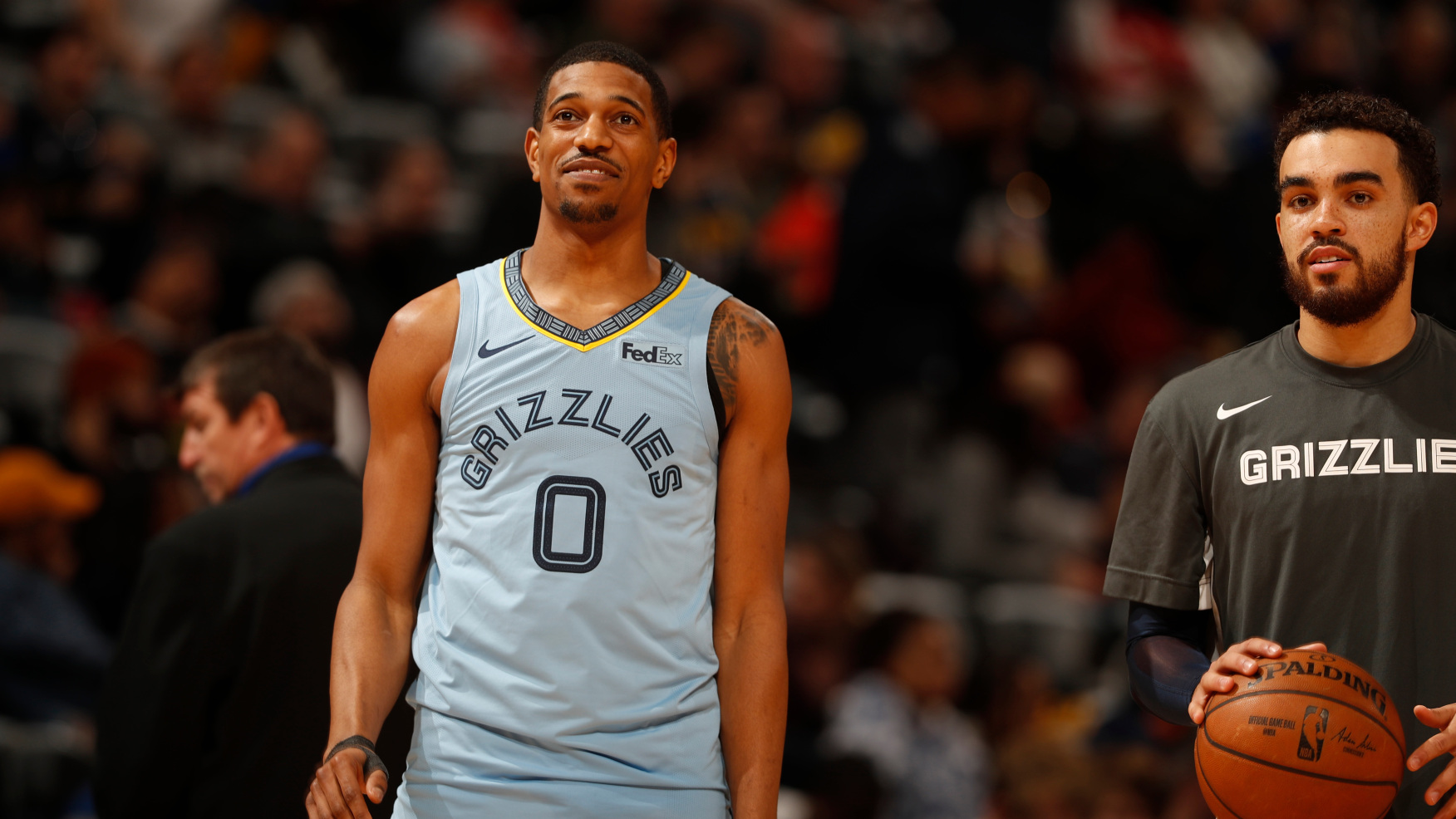 Most basketball historians are aware of Bruce Lee’s friendship with Kareem Abdul-Jabbar, but Lee has influenced the game more than most would ever guess. In fact, though he wasn’t an NBA strategist, Lee managed to summarize the responsibilities of an NBA Head Coach better than a job description or resume ever could.

In other words, if you aren’t staying flexible, you’re not doing the job correctly. You must take what your opponent gives you and exploit their weakness rather than attack your opposition in monolithic fashion. Fortunately for Memphis Grizzlies fans, that line of thought seems to be a key facet of Taylor Jenkins’ approach to his duties helming Memphis’ ship. Though the Grizzlies’ last two games resulted in two wildly different outcomes, they’re a treasure trove of footage of Memphis’ ability to change their style at a moment’s notice.

Though the San Antonio Spurs’ roster is admired across the league for its youthful punch, the Grizzlies took advantage of a fatal flaw–despite the Spurs’ smorgasboard of youthful talent, their main scorers, DeMar DeRozan and LaMarcus Aldridge, are both over the age of thirty. Relying on older players is always risky, especially in a season with such limited preparation. If your vets are getting gassed by the third quarter, your squad’s ability to score points in the clutch is in jeopardy of being siphoned away.

Focusing on Aldridge, Memphis took advantage of San Antonio’s limited gas tank. In minutes outside the first quarter, Alridge was limited to a mere four points, a definite sign that the 14th-year big may not have more than twenty good minutes in him. Just look at this haphazard fadeaway in the third–his sense of lift is completely gone.

Ultimately, Jenkins and the Grizzlies must receive credit for being able to take advantage of their favorable relationship with father time. They expertly utilized their pace to tire out the weary Spurs, outscoring San Antonio by 25 in their two most recent fourth quarters.

Given that the Spurs are also the worst team in the NBA at defending the long ball (their opponents average over 39% from distance), it’s appropriate that the Grizzlies smelled blood in the water at the AT&T Center. Memphis was absolutely on fire from beyond the arc vs. San Antonio, shooting 49.2% from three, by far their highest mark of the season. A large part of this was their willing ball movement to generate open shots–this is a warmup three for Tyus Jones:

Memphis wisely leveraged their newfound threat from beyond the arc, creating easy opportunities at the rim. At the onset of their effort, San Antonio focused all their defensive energy on packing the paint–just look at how many spurs are in the vicinity of this Brandon Clarke floater.

But, after enough made shots, the Grizzlies were able to leverage their hot shooting into easy looks. Watch Jakob Poeltl leave the paint wide open to deal with a potential shooter, allowing Ja Morant to sneak in for the easy bucket.

“I feel like [making our shots] opens up the floor a lot for us”, said Morant after Monday’s win. “That’s kinda our game, to get inside the paint and make plays.” The Grizzlies recent victory was a testament to those strengths. The team shot nearly 60% from two and racked up 62 points in the paint, allowing Morant and company to ride the wave to a season-high 133 points.

Though Memphis dropped their subsequent game to the Indiana Pacers in stunning fashion, the Grizzlies nevertheless ‘stayed water’, creating opportunities for themselves by exploiting holes in their foe’s defense. Indiana excels at defending the paint, but there’s a major flaw in their defensive scheme. Playing Domantas Sabonis and Myles Turner heavy minutes together erases any potential for a speed advantage, meaning Indy’s bigs are less likely to recover if caught off guard. Watch how Morant shifts his head in transition to confirm that Turner and Sabonis are stuck in the mud, then rifle it to Brandon Clarke for a good look at the rim.

However, if the Grizzlies were able to find such easy looks at the rim, why were they trailing by double-digits virtually the entire game? What gives? Well, it’s a simple answer. Memphis just failed to execute. It’s not like the looks were all that tricky either–they missed an inordinate amount of bunnies.

Take this one minute stretch from the first quarter as an example. One miss like this can absolutely kill the momentum of a run:

But missing two looks this good within a minute will completely sink your team’s chances of winning a game.

Grizzlies fans shouldn’t be too worried, however. Normally the Grizzlies shoot around 55% around the basket, a number that dropped to just 49% in their effort against Indiana. That huge drop in percentage points to an anomaly rather than a trend.

One should also be encouraged by how the Grizzlies responded to their cold night at the rim. Though their finishes weren’t falling, Memphis stayed aggressive, parlaying their threat in the paint into 23 made free throws, their second-best mark of the season. Finding ways to score easy buckets is paramount in an offense-driven league, and the fact Jenkins’ squad was able to generate points without stellar paint scoring is a compliment to their versatility.

Where things really fell apart for the Grizzlies was on the defensive end. I’m not gonna mince words here: last night was Memphis’ worst defensive performance in a long while. Though the Pacers clearly caught fire from beyond the arc, some blame has to be put on the Grizzlies. After all, it’s difficult to score a season-high 134 points solely on the back of a hot shooting night. Memphis’ technique was unsound, rotations were slow, and the team showed little attention to detail.

This brings us to the first pop quiz I’ve ever written in a basketball article. There are three things that go wrong on the following play, all of which are indicative of the Grizzlies’ defensive woes. See if you can name them (you get a gold star if you do):

The first thing that goes awry in this play is De’Anthony Melton’s failure to get around the ball screens from Turner and Sabonis. By the time Jeremy Lamb turns the corner, Melt is far behind the play, forcing Brandon Clarke and Gorgui Dieng to have to cover three players (Lamb, Turner, Sabonis).

Dieng isn’t in an enviable position, but he takes two extra steps trying to prevent the dump off to Turner. At that point, Melton is already in front of Turner, in a decent position to nab the entry pass. He’s a second too late recovering to the corner, and Lamb’s errant kickout to Sabonis is the only thing preventing a wide open triple.

This one’s admittedly the most difficult mistake to spot. Watch Dillon Brooks attempt, or rather lack thereof, to crash the glass after Sabonis’ initial shot attempt. He’s statue-esque. It’s not like he doesn’t see the shot, either–you can clearly see him watching the ball for the entirety of Sabonis’ postup. If he commits to the boards with intensity here, he’s got a good shot at either grabbing the rebound or making Sabonis’ followup effort vastly more difficult. Instead, Brooks freezes, and Sabonis encounters almost no resistance.

Though mistakes in execution plagued Memphis throughout the game, one must take context into account when evaluating their performance. After nearly two weeks off, this contest came on the latter end of Memphis’ first back-to-back in a long stretch, meaning they were more susceptible to fatigue than usual. It should also be noted that the trip between Indianapolis and San Antonio stretches to nearly 2,000 miles, and that the Grizzlies weren’t able to land in Naptown until four o’clock in the morning. Sometimes, the simple answer is the correct answer. Memphis’ play looked lethargic simply because the team was exhausted.

In their next few games, the Grizzlies will run the gamut of the NBA’s playstyles, from the defensively-oriented New Orleans Pelicans, to matchups with offensive powerhouses like the Houston Rockets (who’ve only lost one game sans Harden) and the Toronto Raptors (Fred VanVleet just dropped 54 for them). Though they’ll need to get back to their winning ways, Grizzlies fans can rest assured that Jenkins will have the team prepared for anything. Amongst a jam-packed Western Conference, that may be the difference between a playoff berth and another quiet April in Memphis.

Booker, Suns Locked and Loaded
The Los Angeles Clippers Are Heating Up