First Round Pick Deandre Baker Is Out To Prove Himself 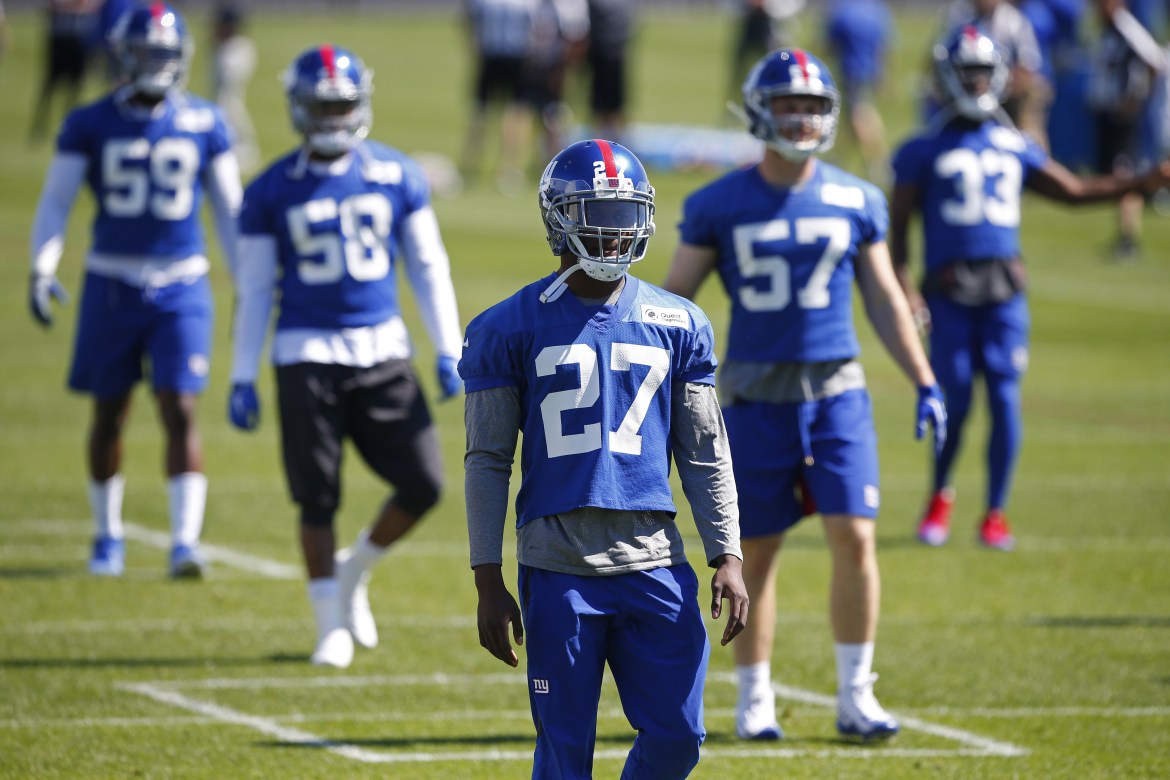 The Giants entered the 2019 NFL draft with two 1st round draft picks. By the end of the first night the Giants had selected three players in the first round. You ask how this happened? The Giants traded away their 37th, 132nd, and 142nd picks to the Seattle Seahawks to move up to #30 to select corner back Deandre Baker.
Deandre Baker is from the University of Georgia. He is 21 years old. He is listed as 5’11,185 lbs. Baker was the first corner back off the board after he was selected at #30. Many people expected him to be drafted top 15, so the Giants knew if they wanted him there wasn’t a great chance he was going to fall to #37. They made their move back into the first round to grab him while he was still available.
Deandre is a tremendous talent, and will be in position to earn the starting role come week 1 vs Dallas. Over his two seasons at Georgia, he allowed a 41.8 completion percentage in coverage (third lowest in the FBS) and just 4.6 yards per target (2nd lowest in FBS). Baker also forced an incompletion on 28.2 percent of his targets over his 2 year span (2nd in the FBS). You also have to take into consideration that he was going up against some of the most elite college offenses you can face such as Alabama, Auburn and other SEC powerhouses.
With all that said, if Baker can come into the NFL and replicate those numbers then the Giants defense will be much improved. Last year the Giants were 2nd worst in the league in 3rd down completion percentage (68.9). They gave up 6.1 yards per play, and had only one takeaway.
Baker has enjoyed minicamp, but remember no pads are put on until training camp. Cornerbacks are at a bit of a disadvantage for the time being. “It’s been good – being around the older guys, teaching me different ways to get better. Older guys in the room like (CB Janoris Jenkins) Jackrabbit, (S Michael) Mike Thomas – those guys helping me getting plays right and everything like that. It’s been good.” Baker said on how valuable minicamp has been so far.
When asked if there is a disadvantage of not being able to get up on receivers, he said “Definitely, because if the receiver gets a free release without pressing, it’s kind of hard. It makes you better with your different techniques. So, it’s good.”
Deandre knows he is a first round pick. Being a first round pick can bring a lot of pressure and expectation. When asked if it is playing into his head and how important it is to him he stated, “No, it’s not important. That’s behind me. I was just drafted. Now, I’m here with the team. I’m just doing whatever it takes to win. Whatever my coach needs me to do, that’s what I’m going to focus on right now.”
Deandre is competing with Sam Beal for the starting corner position. Beal was taken in the third round of last year’s supplemental draft. He missed all of last year with a shoulder injury. We will know more about this competition once training camp begins and the pads get put on. Deandre for the time being seems be enjoying his time with the Giants, and is excited to contribute in any way for this Giants team.