Five Keys to Upset the Green Bay Packers in Lambeau 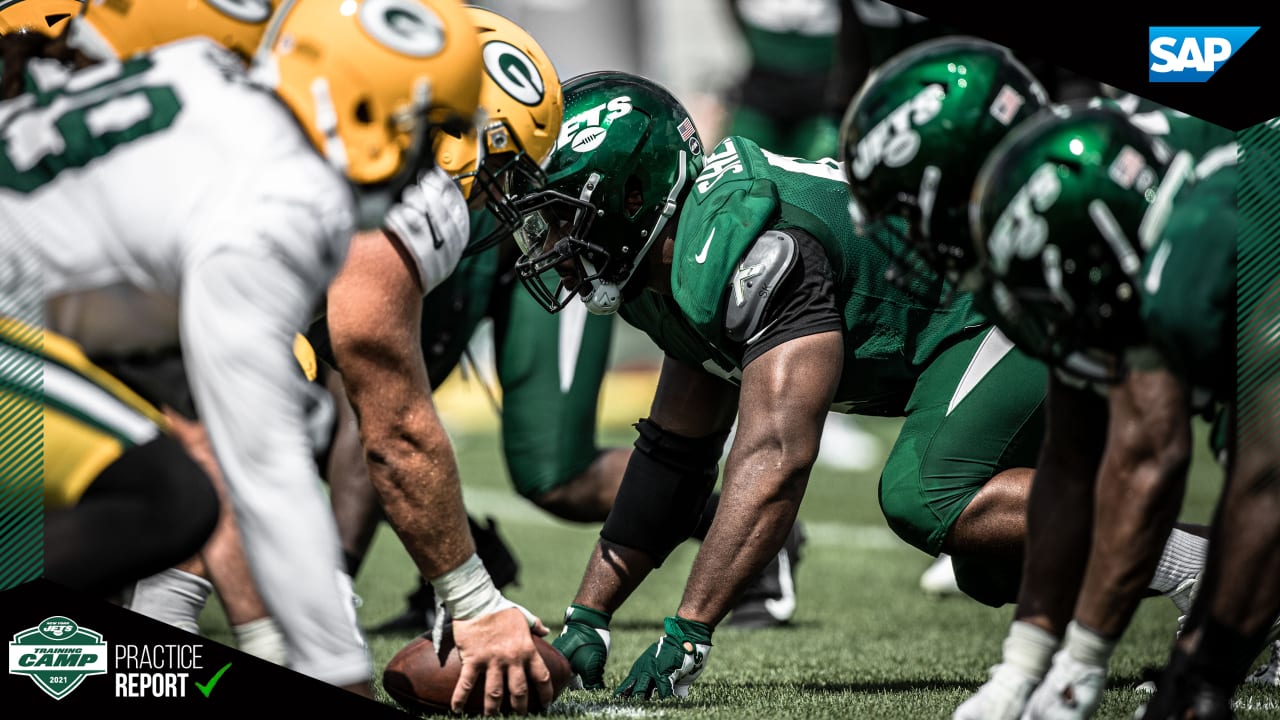 On Sunday October 16, the New York Jets travel to Lambeau Field to play the Green Bay Packers in what should be a closer game than people may think. The Jets are coming off a 40-17 win over the Miami Dolphins while the Packers are coming off a 27-22 loss to the New York Giants in London. The Packers have not led up to expectations while the Jets on the other hand are exceeding expectations. If the Jets want to pull off the upset, they need to focus on these five takeaways.

The Jets pass defense looked impressive last week holding Dolphins third-string and rookie quarterback Skylar Thompson to just 166 passing yards. However, they have their hands full trying to stop back-to-back MVP and Super Bowl Champion Aaron Rodgers. The Jets are currently tenth in the league this season allowing 205 passing yards per game. The Jets secondary has been incredible this year led by cornerbacks D.J. Reed who has been underrated this season and rookie sensation Sauce Gardner. Also, veteran safety Lamarcus Joyner has been a ball hawk this season with two interceptions.

The Jets must establish the ground game if they want to win this game. The Packers let up 70 yards on 13 carries and a touchdown to Saquon Barkley of the Giants last week and the Packers are also allowing 126 rushing yards per game which the Jets need to take advantage of. Last week, Jets running backs Michael Carter II and rookie Breece Hall had exceptional weeks while Hall had 97 rushing yards and a touchdown and Carter II had 21 yards and two touchdowns. Being able to have a strong running attack will be able to keep the Packers defense guessing and confused. Also, the Packers just got cornerback Jaire Alexander back who is one of the best in the league at his position and it would be smart to avoid throwing his way as much as possible.

This will be a tough task for the Jets as the Packers have a solid two-headed monster at running back in Aaron Jones and A.J. Dillon who has been the key focus of the Packers offense. Rodgers has had a rough start being able to connect and develop chemistry with his new receiving core after losing star wide receiver Davante Adams in free agency. Last week, Jones had 63 rushing yards on 13 carries and Dillon had 34 yards on just six carries. The Jets run defense has been middle of the pack this season allowing 114 yards per game. Last week, Dolphins running back Raheem Mostert had 113 rushing yards and a touchdown against the Jets.

Even though the Dolphins starting and backup quarterbacks in Tua Tagovailoa and  Teddy Bridgewater both did not play which may have been a significant factor to the Jets convincing win. However, a division win is still crucial no matter what and the Jets should not be punished for the other team dealing with injuries especially when the Jets have had their fair share of injuries as well especially to the offensive line. The Jets need to use that momentum and carry it into Green Bay. This game could be another receipt for head coach Robert Salah to keep as the momentum is in their favor and have been doubted all season.

Lambeau Field is one of the most difficult stadiums to play in as there are thousands of Packers fans screaming and cheering for their team with cheese hats on their heads in the freezing cold. Their energy makes it often difficult for the opposition especially when they are trying to hear the play call. In order to avoid dealing with the energetic Packers fan base, they need to establish a lead early and keep the crowd silent. Another way to silence the crowd is by having big plays and being able to create havoc for Rodgers whether it is by putting him on the ground often or forcing turnovers.

However, there is too much to be done in order to stop one of the best quarterbacks in the league in Rodgers and they are going to come back home frustrated from their loss in London and be motivated to get back into the win column. Also, they want to regain first place in the NFC North Division as they are now trailing the Minnesota Vikings. In a close contest, the Packers are going to win this game 24-21.

Key Takeaways: Chicago Bears
Why Eno Benjamin is poised for a big game against Seattle