The rise of Clint Frazier, a surprising amount of outfield depth, and luxury tax concerns has made a Yankees-Brett Gardner reunion unlikely. 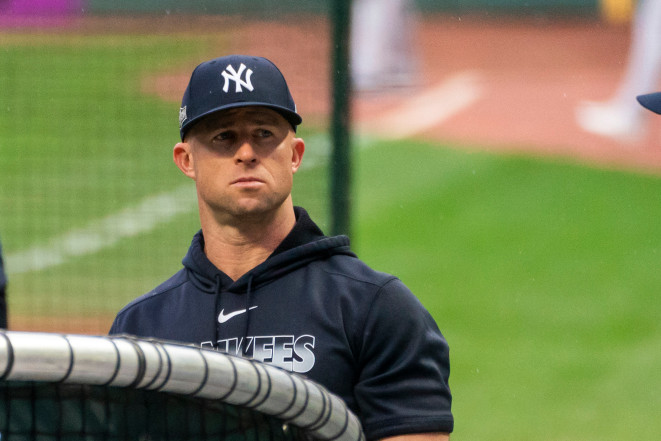 The rise of Clint Frazier, a surprising amount of outfield depth, and luxury tax concerns has made a Yankees-Brett Gardner reunion unlikely.

Not having Brett Gardner on the team in 2021 would sting almost as badly as the Mike Brosseau home run off Aroldis Chapman in last year’s ALDS. Gardner is a leader on and off the field, and can still be a viable fourth outfielder. Despite being highly regarded by everyone in the Yankees organization, they have not been able to agree to terms with the left-handed hitter. While the Yankees could still bring back the speedy 37-year old, it’s becoming abundantly clear that Gardner may not be in pinstripes this season.

Gardner is not a top priority

As mentioned by General Manager Brian Cashman, acquiring DJ LeMahieu was the Yankees’ main concern this offseason. Right after signing LeMahieu, the Yankees addressed the starting rotation by adding Corey Kluber and Jameson Tallion and then the bullpen by acquiring Darren O’Day. At any given time, the Yankees could have offered Gardner a one-year, $5 million deal, and he probably would have accepted that contract. The Yankees could lowball the one-time All-Star because he’s getting older, but Gardner would also take a discount from the one-year, $10 million deal to help the Yankees’ financial restraints. As a result, the Yankees have sent a clear message: Gardner is far from a necessity.

Gardner costs too much money

Every team besides the Los Angeles Dodgers is trying to avoid surpassing the $210 million luxury tax in 2021. The Yankees’ offseason acquisitions have left them less than $10 million  to spend. No Yankee fan should be surprised if they add more pitching depth before the season begins, which would chip away at the payroll. Additionally, Cashman said that he wants to save $5 million for any midseason acquisitions. Although Gardner should be willing to take a hometown discount, offering less than $5 million won’t keep him in the Bronx.

By the end of the 2020 regular season, Clint Frazier stole most of the playing time away from Gardner. The former Top 100 prospect once again proved he can handle Major League pitching. But most surprising of all, Frazier was a finalist for a Gold Glove award. He has come a long way after admitting that his concussion in 2018 made it harder to overcome his defensive woes. He has come a long way defensively after a concussion during for the majority of his professional career, so the Yankees may still be wary about his defense. Nevertheless, Frazier has been in quadruple-A limbo for several years, and it’s time the Yankees give him a fair shot at left field.

The Yankees have enough outfield depth

Fortunately, if Frazier gets injured or underperforms, the Yankees have plenty of outfielders that can contribute. Mike Tauchman, Jay Bruce, Greg Allen, Miguel Andújar, and Giancarlo Stanton are all capable of handling left field. In case of emergency, Tyler Wade and Thairo Estrada can also man the corner outfield position for a few games here and there. Of course, keeping Aaron Judge, Aaron Hicks, and Giancarlo Stanton on the field has been a problem over the past few years, but they have various bench players that can sub in if needed. Thus, there is no need for an expensive bench player like Gardner.

Gardner’s mental fortitude and legacy will always be remembered, but the Yankees have a variety of bench players that can produce if Frazier falls short. The Yankees also contain several players that can step up as team leaders such as Aaron Judge, DJ LeMahieu, Gerrit Cole, and Luke Voit. Fans will rightly miss Gardy’s speed, defense, long counts, and bat banging, but a 2021 Yankees team without him will save money and probably won’t make a difference in the standings.

Ottawa, Carolina Swap Struggling Scorers
The Mavericks are Picking Up the Pace