Five Things To Watch For Week 1 For The Jets 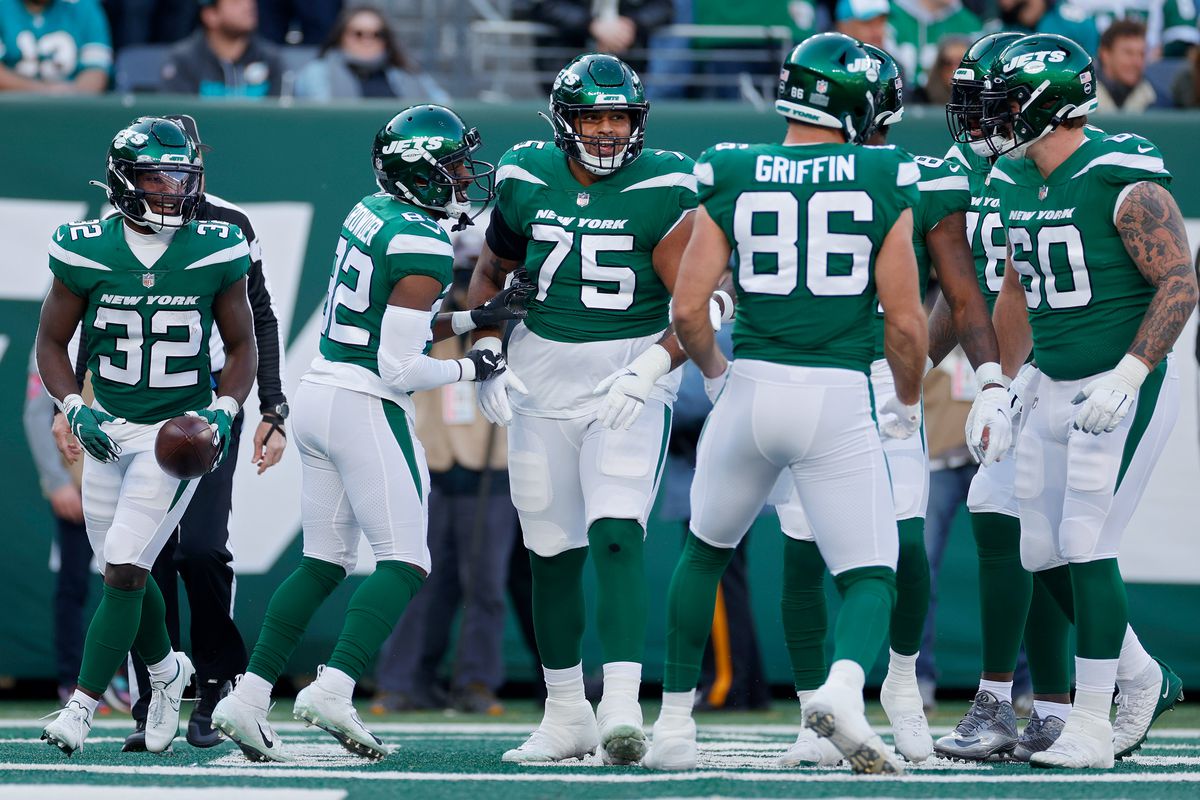 On Sunday September 11, the New York Jets start the season against the Baltimore Ravens. The Jets should not expect to win this game as the Ravens are a much better team with way more game changing players such as quarterback Lamar Jackson, tight end Mark Andrews, and great defensive players such as Marcus Peters, Marlon Humphrey, Calais Campbell and many more. Also, this is a season Jets fans still might not be pleased with as the Jets likely will finish under .500 once again and not make the playoffs. The Jets are still rebuilding however they can potentially make a playoff push in a couple of seasons. However, there are five things to watch for in Week 1 against the Ravens.

Many thought Joe Flacco was going to have the starting job against his former team and team he won his lone Super Bowl with as Zach Wilson is still recovering from a non-contact knee injury suffered this preseason. However, reports are saying Wilson will work out and it is possible he may play on Sunday. The Jets need to look at the bigger picture and not play Wilson. He is their franchise quarterback and knee injuries need to be taken care of seriously otherwise they can become more gruesome later on. The Jets as mentioned earlier are not going to win this game and it is more important Wilson stays healthy and is playing long-term.

The Jets have a few rookies that are going to be impactful players this season. One of them being running back Breece Hall. Hall was drafted early in the second round and looks to be the best running back the Jets have had since Chris Ivory. In three seasons at Iowa State, he had 3,941 career rushing yards to go along with 50 rushing touchdowns. Hall also had 734 receiving yards with six touchdowns through the air.

Another rookie Jets fans should be excited to see on the offensive side of the football is wide receiver Garrett Wilson. Wilson was drafted with their second first round pick this year at 10th overall. In three years at Ohio State University, he had 2,213 receiving yards with 23 touchdowns. However, Wilson exploded for his junior season, logging 1,058 receiving yards and 12 touchdowns prompting him to go in the top-10 of the draft this past April. Wilson will most likely be the third option in that wide receiver depth chart behind Elijiah Moore and Corey Davis.

The last offensive rookie that should excite fans is tight end Jeremy Ruckert. Ruckert, a local kid from Long Island, New York gets to play for his favorite team as he was a Jets fan growing up. Ruckert logged a career high 309 receiving yards and three touchdowns. Even though those numbers are not as flashy as the previously mentioned rookies, Ruckert is also a solid run-blocker which is another important requirement of the tight end position. Ruckert at Ohio State was also with receivers Jaxon Smith-Njigba, Chris Olave, and once again teammate Garrett Wilson who got the majority of the targets.

On the other side of the ball, Sauce Gardner is another rookie to watch during the season opener. At Cincinnati, Gardner never let up a touchdown in his three year career and during his junior season he only allowed 131 total receiving yards in just 14 games. He has the chance to be something special for many years to come.

Lawson recovered from a torn achilles and after missing the whole season last year is finally able to make his Jets debut. In Lawson’s last season which was 2020, he had two forced fumbles along with 5.5 sacks. Head coach Robert Salah and company hope Lawson will not only return to his former self and stay healthy but improve as a pass rusher and get close to his 8.5 sacks from his rookie season back in 2017.

With the addition of Hall, will Michael Carter still be featured and have a sizable workload or will Hall get the bulk of the rushing attempts. In his rookie season, Carter started 11 of the 14 games he appeared in and had 639 rushing yards with four touchdowns. The Jets should still use Carter as they would have a nice one-two punch at running back with Hall and Carter. A strong rushing attack will not only benefit the offense but also make Zach Wilson’s job a lot easier.

The Jets’ offensive line is going to look a little different due to free agency and injuries. To replace the injured Mekhi Becton, they signed five time Pro Bowler Duane Brown to a two-year contract. Brown may not be as dominant as years passed but he is still a solid offensive tackle whether he plays on the left or right side. Another improvement the Jets made was signing offensive guard Laken Tomlinson. Tomlinson joins the Jets after signing a three-year deal worth $40 million. He made the Pro Bowl for the first time in his career this past season. Not only is this offensive line revamped but it is also surrounded by veterans with some youth in Becton when he is healthy and offensive guard Alijiah Vera-Tucker.

The Ravens will definitely be a test for them early on. However, the Jets are a young team and the best way for their young guys to get better is by going up against some of the best talent the league has to offer and game experience. In addition to the game itself, Jets fans should pay attention to these storylines as some of the storylines will not only affect this season but the future of the team.