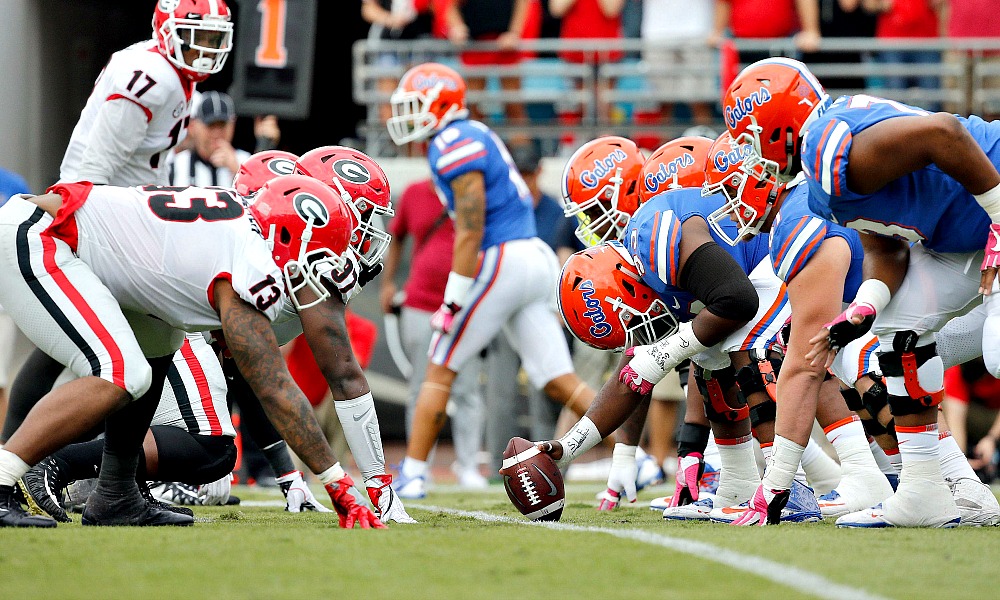 The Saturday, at a neutral site in Jacksonville, the unranked Florida Gators look to take on the No. 1 team in college football, the Georgia Bulldogs. In a matchup that in all honesty looks very different than we anticipated during the preseason, we’re set for even more surprises. I’m not going to pick the upset here, but let’s talk about how it could happen if it happens, or what happens if it doesn’t.

Despite their 4-3 record, the Gators are a team that even the sports most elite has to take seriously. Last year, they put Georgia in the ground. This year, Georgia has a much healthier and more talented roster, dependability at the QB position, and about all the momentum in the world. This should almost clearly be a blowout in the Bulldog’s favor. BUT Dan Mullen has made a name for himself by offensively out-scheming opponents despite the talent gap. He can do that again this year if his offense doesn’t make mistakes. In every game this season, the Gators have recorded at least two interceptions. If that happens Saturday, game over. So, great, don’t have turnovers and you can win, big whoop. But, that challenge specifically is very… complex… for this Florida team. A never-ending quarterback controversy between senior Emory Jones and redshirt freshman Anthony Richardson has gone nearly entirely unanswered this season as the Dan Mullen has more or less avoided the subject and played both in every game. Coach Mullen claims he’ll be using both the Saturday, but we won’t know until well into this game what his real plan is.

We know just as much about the Bulldog QB situation as we do about the Gators QB situation. Stetson Bennet IV or J.T. Daniels, it’s my belief that Florida can handle it. What they’ll struggle with is the UGA run game. Expect Coach Kirby to hit it early and hit it hard. Even last year, the games first play from scrimmage was a 75 yard rushing TD. Florida has injuries affecting their LB corps and defensive line alike. If Georgia exposes it, they can dominate time of possession. It feels insane to say, but Georgia might want to keep their defense off the field as much as possible in this one. Why? The Gators will likely give Georgia their best effort of the season. If Georgia can avoid getting panicky when Florida puts up a TD or 2, they can send the Gators to .500 by good ball possession and overall out-muscling the opponent.

Like I said, I’m not picking the upset here, but I think the Gators offense will surprise a lot of people in this game. This rivalry means a whole lot down in Gainesville, and for all intents and purposes, as overused as the phrase is, this is Florida’s Super Bowl. I expect Mullen to bring it, I just don’t think it’ll be enough. One or two costly turnovers put this game out of reach for Florida. And, another coaching whiff by Mullen probably has the wrong quarterback throwing it.