The Tampa Bay Super Bowl LV Host Committee, the Buccaneers, and the NFL Foundation all pitched in to make the event not only a memorable one for football but for the community of Tampa Bay as well. 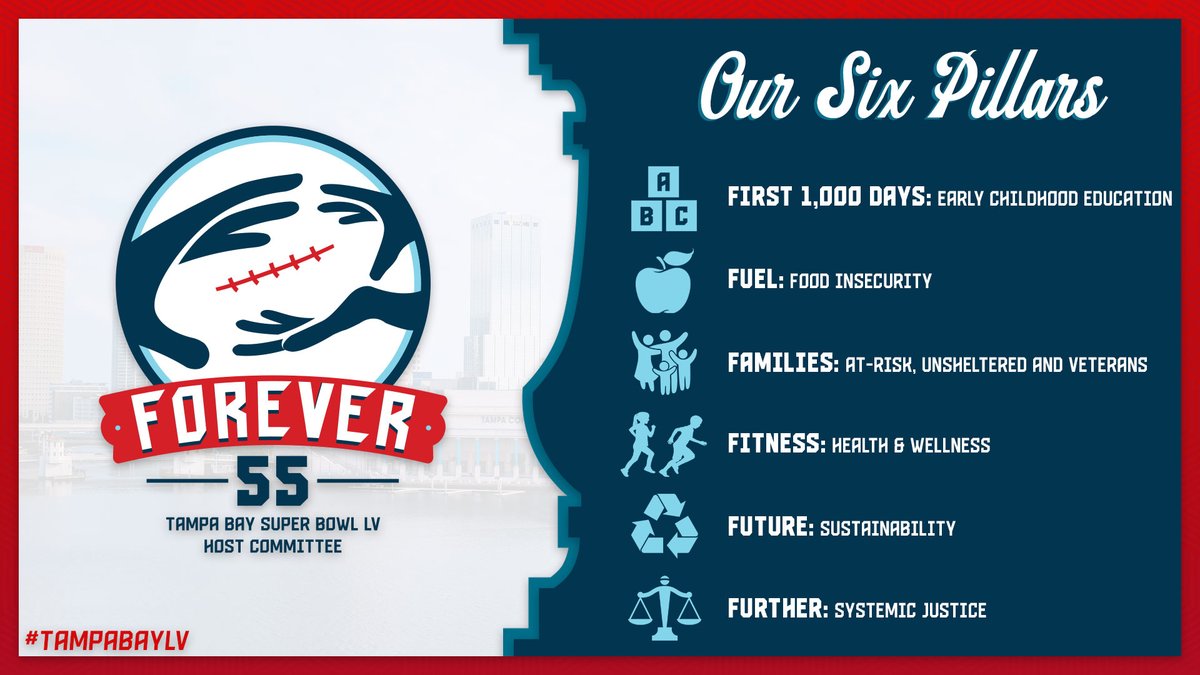 For the first time ever in the Super Bowl era, a contending team is also the host team.  The Tampa Bay Super Bowl LV Host Committee, the Buccaneers, and the NFL Foundation all pitched in to make the event not only a memorable one for football but for the community of Tampa Bay as well.

Traditionally, each year the NFL donates $1 million through the Super Bowl Legacy Grant Program to whichever city hosts the Super Bowl. The money creates camaraderie and allows for improvements. This year, however, the three organizations worked in tandem to double that amount.

“With this past year being so tough for so many, we wanted to work alongside the Tampa Bay Super Bowl Host Committee and Tampa Bay Buccaneers to ensure we were able to help those in the greatest need immediately and make a positive impact,” said NFL Vice President of Philanthropy and Executive Director of the NFL Foundation, Alexia Gallagher. “We’re proud that our grant partnership has helped to provide meaningful resources and support to the Tampa Bay community during these challenging times and for years to come.”‘

Forever 55, the Host Committee’s “primary social legacy initiative,” according to an NFL press release, will receive $2 million dollars. The money will fund programs designed to bolster the city of Tampa Bay and support underprivileged youth. Each of the programs creates a “pillar” to provide foundational strength to the community. Forever 55 identified six specific pillars to build:

In 1974, Levy directed the campaign to make Tampa Bay the home of the Buccaneers. He has subsequently acted as an advocate for the team, leading the city’s effort to host its first Super Bowl in 1984. In the years since, Levy stuck with the team through ups and downs, and he served as Chair, Co-Chair or Board Member in all of the city’s following Super Bowls.