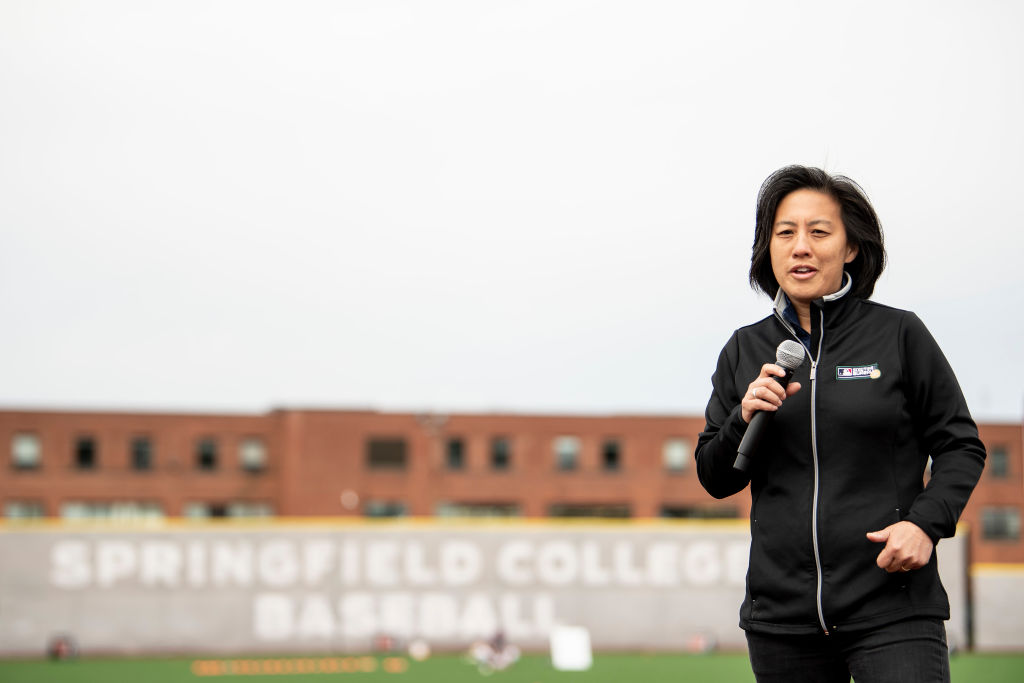 Last week, a long-held political glass ceiling was shattered when Kamala Harris became the first vice-president-elect in the United States.

Then, a week later, the baseball world saw one of its own glass ceilings shattered as Kim Ng was hired as general manager of the Miami Marlins. Ng is the first woman to hold the post for any team in any of the four major American sports.

Over the next two decades, Ng interviewed for the general manager position of several teams, including the Seattle Mariners, San Diego Padres, Anaheim Angels, and San Francisco Giants. In 2011, her former Yankee colleague, Joe Torre, appointed her as senior vice president of baseball operations for all of Major League Baseball.

Brain Cashman, who hired Ng as assistant general manager, said in a statement, “She will provide the Marlins with vast experience and institutional knowledge along with a calm demeanor and an amazing ability to connect with others.”

Along with Marlins owner Derek Jeter, who led the Yankees as shortstop in the aforementioned dynasty years, Ng will look to build upon the Marlins’ surprising success in 2020. Even though the franchise was just a few years removed from its famous firesale, the club still managed to earn a playoff spot.

As Ng put it, “My goal is to bring championship baseball to Miami.” A marquee matchup in the World Series between the Ng-led Marlins and the team that first hired her may be on the horizon.