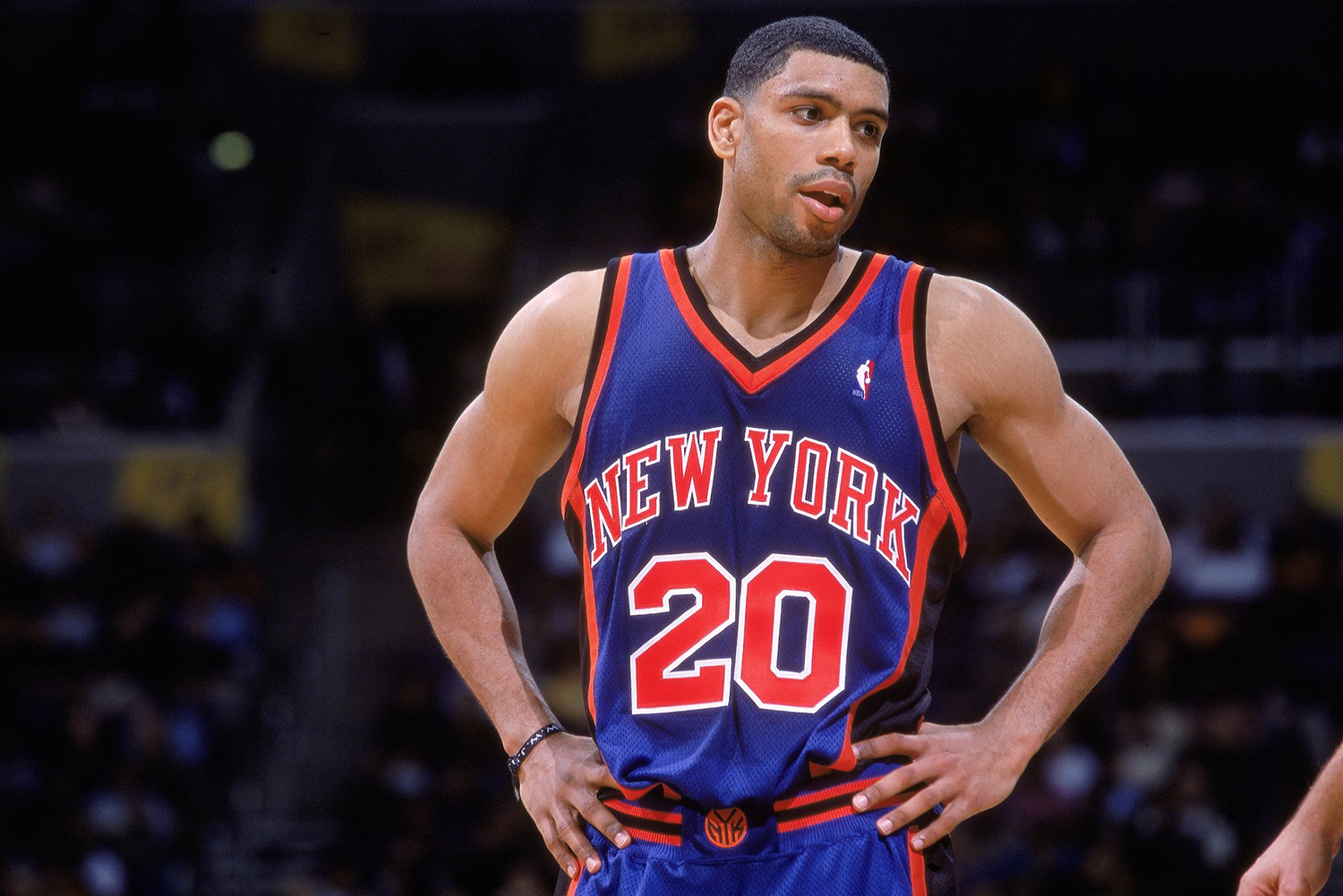 In the fall of 2005, after 12 seasons in the NBA (9 with the New York Knicks), Allan Houston retired, ending his career as one of the best three-point shooters ever in the NBA and one of the most prolific scorers in franchise history, period. A two-time NBA All-star who averaged 22.5 points per game in his last healthy season (10th in the league, 2002-03), Houston is remembered as one of the game’s purest clutch long-range shooters.

Who can forget Allan Houston’s game-winning, off-the-front rim, off-the-backboard-and-into-history, running right-hander that knocked out the Miami Heat in the 1999 playoffs? Back Sports Page sat down with Allan Houston to discuss basketball, as well as, what he calls “more than a charity…a calling,” the Allan Houston Legacy Foundation.

In its eighth year, the mission behind the Allan Houston Legacy Foundation, according to Houston, is “education, economic empowerment, restoring the family unit, and increasing spiritual health.” Houston speaks passionately about the two programs his foundation runs. “One is a fatherhood initiative and mentor initiative. We feel that the lack of present fathers, as well as the lack of training for men to be fathers and mentors, is a huge social issue. We have a program that garners men and young men to come in to a basketball environment, where we have a curriculum a training process. I was lucky to have a father who was not only around but was also a great role model. I think every man wants to be that person – there for their children, but a lot of them didn’t have that experience themselves.”

According to allanhoustonfoundation.org, the need for the “Father Knows Best” program has never been greater. More than one-third of all children living in the United States are without their biological fathers, 71% of all high school dropouts come from fatherless homes and 75% of all adolescents in chemical abuse centers come from fatherless homes. Children who grow up without a father present are 75% more likely to need professional assistance for emotional problems and twice as likely to repeat a grade of school.

Houston’s other program, Business Education Development Program, teaches “young entrepreneurs how to start their own business.” After being identified as “launch-ready”, two businesses are given free office space, a team of advisors to help launch their business, up to $20,000 in donor-advised start-up funds, and access to small business loans and grants for additional capital. During this stage, each business executes a clear implementation strategy and works to overcome any problem areas, growing their enterprise towards positive cash flow.

“We have a couple partnerships that we are about to begin that will allow us to have these programs go throughout the New York City area and potentially across the country. Basically we create a partnership with a community based organization like a church or school and train people from within that community to run the programs, without us. That way it has a long lasting legacy where it’s not about my name or about me actually being there. It’s self-sustaining; that’s our goal.”

As the Assistant GM for the New York Knicks, Allan Houston wears several hats. He works closely with some of the younger players on the Knicks roster, which to him “means everything. I wouldn’t be doing this if I couldn’t still have a connection with the players. I feel like every experience that I went through, good and bad, the physical pains, the contract, winning and losing; it all prepared me for what I have experienced.

Throughout his career, family and fatherhood have always been paramount to Houston. When asked about memorable moments from his playing days, he recalled, “The night we beat Indiana to go to the Finals, I knew that I was going to have my daughter, my first child, the next day. That game was the most memorable game for me, not just in terms of basketball, but of my life. Other big ones were winning the state championship in high school, and winning the gold medal in Sydney. A lot of people would probably expect me to say the Miami shot. It was a great moment, but it’s nothing like winning your last game. There is no better feeling than that.”

Allan Houston assesses that fame is simply “a platform or gift that God gives us…for a much higher purpose than just to have your name be praised. It is much bigger than that. I was fortunate enough to have people show me how to channel it the right way; you have to have a good team to build a real legacy. That’s why I added “Legacy” to the Allan Houston Foundation, to make it, Allan Houston Legacy Foundation. Your legacy and your name should exceed what you do or who you are. People come up to me and say ‘I was part of your fatherhood initiative and it really helped me and my dad’, or, ‘I went through your entrepreneurship program and my business is still doing well.’ To me, that’s what it’s really about.”

Much like his jump shot, Allan Houston has made a smooth transition from the Knicks’ backcourt to their front office. The question remains whether his legacy will lie in his game on the court, or off.