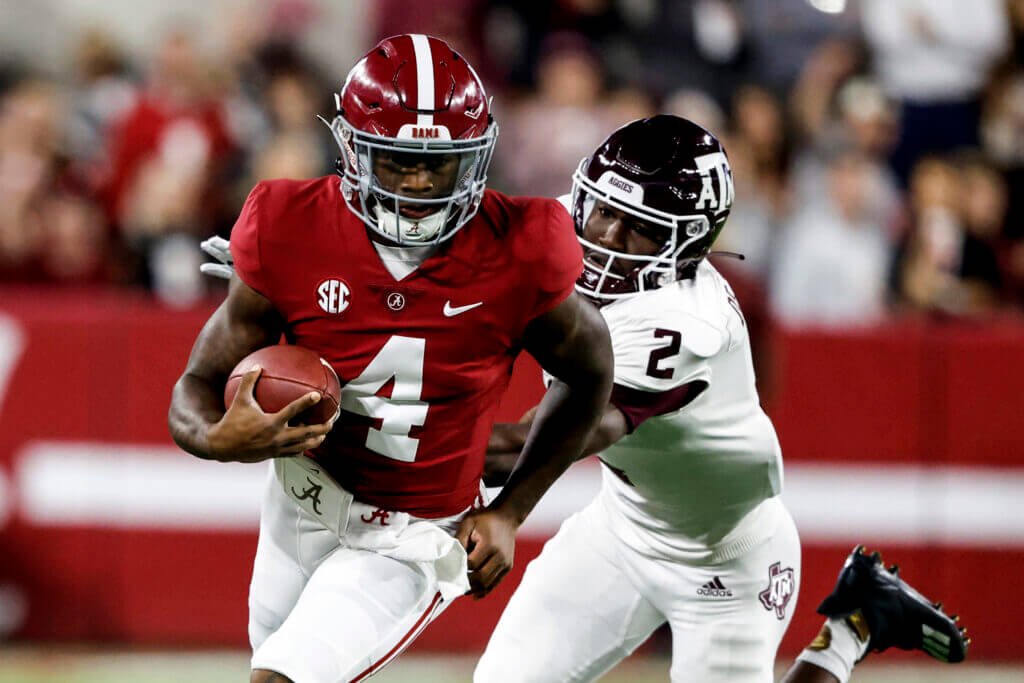 ESPN’s College Gameday will broadcast live from Knoxville, Tennessee, for the second time in three weeks, and Fox’s Big Noon Kickoff show will be in Ann Arbor. Week 7 looks like a weekend with all college football-loving fans pinned down to their seat all weekend long. It starts at Noon eastern, with a Top 10 matchup of Penn State traveling to Ann Arbor to take on Michigan, and ends with USC traveling to Salt Lake City to play Utah. Sandwiched in between those two games, Alabama takes on the Tennessee Volunteers, and Oklahoma State plays at TCU at 3:30 eastern. How big of a shake-up will we have this week in the Top 10? We are a few days away from finding out!

Both schools are undefeated, with Penn State 5-0 and Michigan 6-0, respectively. Penn State is coming off of an off week, and Michigan coming off a win in Bloomington, Indiana. Looking at the stats, this game will be a close one from start to finish. The Key to the game is which Quarterback is going to be able to protect the ball and make the big play to win the game. Can Penn State’s Clifford make the big play like he did last year against Auburn? Will McCarthy be able to handle the “BIG” moment for Michigan? Vegas has Michigan favored by 7. In my eyes, Michigan is the class of the Big 10 this year. I’m taking Michigan over Penn State by 10.

Two words will determine the winner of this game. BRYCE YOUNG! Will Bryce Young be available to play on Saturday, and if so, can he play effectively? With an effective Bryce Young, Alabama will win this game 45-33. Without Bryce Young, look for Hendon Hooker and the Volunteers to suffocate Alabama. No disrespect to Jalen Milroe, but he showed last week he just isn’t ready for the big stage yet. The Tide’s offense just won’t be able to put up the points it will take to stay with Tennessee on Saturday. There is no official word on Young’s health for this weekend, but I’m going to pretend like he is out. I’m taking the Volunteers 45-23.

Oklahoma State enters Saturday’s matchup with TCU as the class of the Big 12. The Cowboys were 1 yard short of winning the Big 12 in 2021 and haven’t missed a beat this year. They haven’t played the toughest competition yet but have passed the “eye test.” They are high-flying, fast-paced, physical offense that is fun to watch. TCU, on the other hand, is coming from the complete opposite side of the spectrum. Under first-year Head Coach Sonny Dykes, TCU has already matched their win total from last year. The Horned Frogs have already had two impressive wins over Oklahoma and Kansas so far this season. Fort Worth will be rocking on Saturday afternoon can Oklahoma State handle the hostile environment? I’m going with the Cowboys in a barn burner 55-48.

USC is somewhat on upset alert this weekend. They travel to Salt Lake City to play Utah for a primetime game against Utah. Utah opened up the season with a loss to Florida in week 1 but managed to reel off four straight wins before falling to UCLA last week. Even with 2 losses, the Utes still have an opportunity to win the Pac-12 Championship. They need to take care of business the rest of the way and get a little help from teams like Oregon and USC. Caleb Williams and the Trojans are coming together at just the right time. Vegas has the Utes favored by 3.5 points this weekend, but I think they are wrong. USC is going to win this one outright. USC 41- 25

Key Takeaways: Chicago Bears
Bell wins big in Charlotte; What to expect from the Round of Eight