Fourth & Long: After a Weekend Filled with Upsets, The Playoff Picture is More Murky than Ever 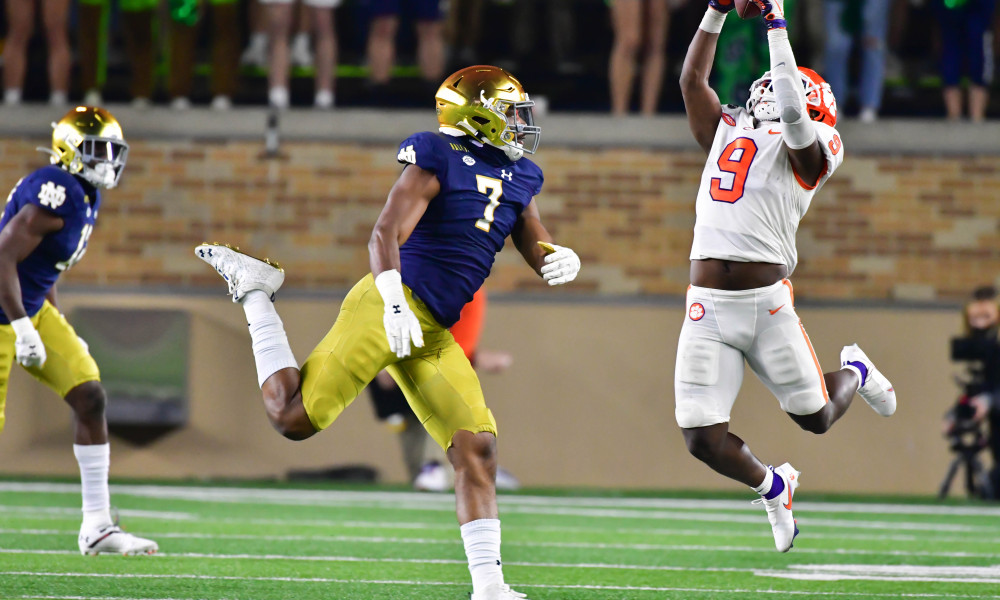 Whew! What a weekend in college football. (4) Notre Dame pulled the upset of the year in the game of the year by beating previously (1) Clemson, minus Trevor Lawrence. That wasn’t the only big game, (8) Florida used a dominant second half to pretty much crush (5) Georgia’s playoff hopes. (9) BYU absolutely crushed (21) Boise State, 51-17, in what was supposed to be their toughest game of the year. On top of the three big games, we learned (13) Indiana might be for real after beating Jim Harbaugh’s Wolverines convincingly 38-21. Finally, (6) Cincinnati, (3) Ohio State, and (7) Texas A&M solidified their resumes for the College Football Playoff.

With all that happened this weekend, and with how crazy and surprising this season has been, the playoff picture is more muddy than ever. Some questions to ponder before we dive into all the different playoff scenarios:

Today we only covered eight differenct scenarios, and that doesn’t even scratch the surface of how the season might play out. Cincinnati and BYU fans won’t like their playoff chances, but playing in a weaker conference hurts those two. It’s possible Cincinnati can sneak in, but it doesn’t really seem to be a scenario that allows BYU in the playoffs. Those two deserve their gripes. They can’t control who they play, but between Cincinnati and BYU, the Bearcats have the stronger schedule. With that being said, it’s going to take a near miracle of scenarios for Cincinnati to sneak in. This season has been unlike any other considering the virus issues, the unlikely upsets, and Clemson finally lost an ACC game. College football is going to have a crazy final set of weeks to see if the playoff picture gets any more clear. I doubt it, and the committee will have a couple huge decisions to make come season’s end.

My Playoff Picture*: (If the season were to end today)

Be sure to tune into The Fourth & Long podcast this week on Tuesday and Friday night. We will try our hands in sorting out the playoff picture, recap the week 10 games, including the game of the year in South Bend, and also get into a couple of our segments. Follow the Podcast on Twitter: @4thandlongpod