Fourth & Long: Who Is On Your All-Decade College Football Team? 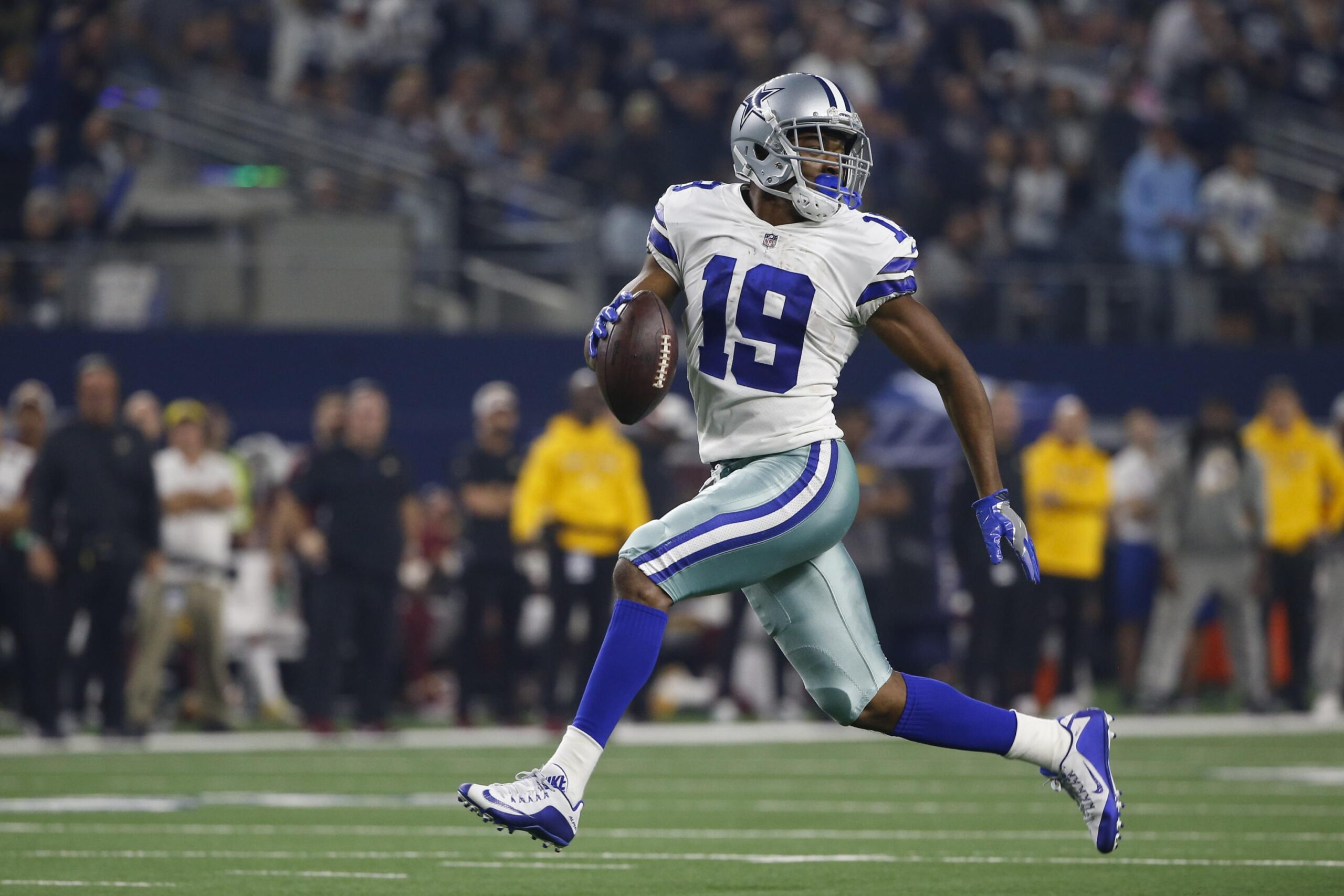 Last night on the Fourth & Long Podcast. the question was brought up of who would fill out your all-decade college football team. Basically that means anyone who played college football from 2010-2019. We decided that one of these days we will draft an all-decade team. I’m just jumping the gun here and giving you my all-decade team in College football. 11 defensive players and 11 offensive players. You can pick and choose the type defense and offense your team would play with. I will go ahead and choose my team on defense first. No need for a depth chart, as I will release my second-team all-decade tomorrow. Comment and tell me players I missed, or tweet at me some suggestions!

Right End: Chase Young, DE, Ohio State, 2017-2019: Young was an absolute monster for the Buckeyes coming off the edge. During his senior year, Young racked up 16.5 sacks and 21 TFL (Tackles For Loss).

DT: Ed Oliver, DT, Houston, 2016-2018: During his career as a Houston Cougar, Oliver amassed 53 TFL. He was also a first team all-American every year he was at Houston.

Outside Linebacker: Khalil Mack, LOLB, Buffalo, 2010-2013: Khalil was a nightmare for offensive lineman in the Mid-American Conference. While at Buffalo, he had 74.5 TFL and 28.5 sacks. Mack also intercepted four passes in Buffalo. Two returned for touchdowns.

Middle Linebacker: Scooby Wright, MLB, Arizona, 2013-2015: Wright was as solid as they come when it came to tackling. His freshman year he had 83 tackles, nine TFL, and one interception. His sophomore was his breakout year. He recorded an amazing 164 tackles during his sophomore year. He added 31 TFL, and 15 sacks. Injuries ended his career early, but in the middle of a defense is where Wright found his home. (This should go to Luke Kuechly, but he started his career as Boston College in 2009, so I did not include him.)

Outside Linebacker: Jaylon Smith, OLB, Notre Dame, 2013-2015: Before Smith was injured early on in the Fiesta Bowl versus Ohio State, he was a tackling machine. Over his three year career in South Bend, he managed 284 tackles, 23.5 TFL, 4.5 sacks, one interception, and three forced fumbles.

Cornerback: Jalen Ramsey, CB, Florida State, 2013-2015: Ramsey was a do-it-all corner for Florida State. Teams didn’t throw his way much, but when they did, Ramsey was all over it. He had 181 tackles, 15.5 TFL, five sacks, adn three interceptions.

Strong Safety: Derwin James, SS, Florida State, 2015-2017: James really only had two years of production in college because he got injured in his sophomore season. In his career for the Seminoles he totaled 186 tackles, 15 TFL, 5.5 sacks, and three interceptions, with one being returned for a touchdown.

Free Safety: Eddie Jackson, FS, Alabama, 2013-2016: Jackson had some trouble staying on the field when he was in Tuscaloosa. When he was on the field he made a huge impact. In his career for the Tide, he had nine interceptions, with three being returned for a touchdown.

Cornerback: Tyrann Mathieu, CB/DB, LSU, 2010-2011: Mathieu had a short college career, but boy was he fun to watch on Saturdays. In two years at LSU, he had 133 tackles, 16 TFL, six sacks, and four interceptions. Mathieu was also great at just disrupting plays. At LSU, where he lined up as a corner most of the time, he had 11 forced fumbles, and eight recovered fumbles, two of which he returned for touchdowns.

Quarterback: Baker Mayfield, QB, Oklahoma, 2013-2017: Baker Mayfield, the former walk-on, took college football into a whirlwind. He was cocky, and had “swag” but he also just won. In his career at Oklahoma, he won the 2017 Heisman Trophy in a landslide and played in two College Football Playoff Games. Over his Oklahoma career he completed 70% of his passes for 12,292 yards and 119 touchdowns to just 21 interceptions. His passer rating was 189.4, which is truly incredible at a top school like Oklahoma.

Running Back: Jonathan Taylor, RB, Wisconsin, 2017-2020: In his three year career at Wisconsin, Taylor was one of the best work horses college football has ever seen. In his career he had 6,174 yards and 50 touchdowns. That’s an average of at least 2,000 yards in all three seasons. Somehow Taylor never got to make the trip to New York for the Heisman Ceremony. One of the committee’s biggest misses in a long time.

X-Receiver: Amari Cooper, WR, Alabama, 2012-2014: In his three year career with the Tide, Cooper racked up 3,463 receiving yards and 31 touchdowns. Cooper has the ability to switch gears and hit top speed at the blink of an eye.

Z-Receiver: Corey Davis, WR, Western Michigan, 2013-2016: While Corey Davis hasn’t been the superstar in the NFL that we all thought, he still dominated the Mid-American Conference during his career at Western Michigan. During his career in Kalamazoo, he had 331 total receptions, which put him at number four overall in NCAA history. He also amassed 5,278 receiving yards which puts him at the top of the list in NCAA history for a career. Oh and he caught 59 touchdowns in his career.

Tight End: Mark Andrews, TE, Oklahoma, 2015-2017: Before he became Lamar Jackson’s favorite target in Baltimore, he was Baker Mayfield’s top target at Oklahoma. He averaged 15.8 yards per catch in his three years at Oklahoma. He also caught 22 touchdowns and won the Mackey Award in 2017, which is given to the top tight end in college football each year. He was also a consensus all-American first team selection in 2017.

H-Back: Christian McCaffery, H-Back, Stanford, 2014-2016: Percy Harvin would have been my top choice, but he played mostly before this decade. In steps do-it-all running back Christian McCaffery. In his three years at Stanford he racked up 3.922 rushing yards, for 21 touchdowns. He also caught 99 passes out of the backfield for 1,2016 yards and 10 touchdowns. McCaffery can line up in the backfield and be a menace, or he can blow by you in the slot.

Left Tackle: Luke Joeckel, LT, Texas A&M, 2011-2012: Joeckel had a short college career, but when he was on the field he was a true blind-side blocker. Johnny Manziel won the Heisman in 2012, but he would not have if Joeckel wasn’t in front of him keeping him off the ground.

Left Guard: Quenton Nelson, LG, Notre Dame, 2015-2017: Nelson is a monster in the trenches in the NFL and he was even more of a nightmare in college. A true run-blocking guard, Nelson used his strength and smarts to out-muscle opposing defensive linemen.

Center: Pat Elflein, C, Ohio State, 2015: Elflein only started for one season at center for the Ohio State Buckeyes. He was a true warrior in the middle, helping lead Ohio State to the first College Football Playoff Championship.

Right Guard: David DeCastro, LG, Stanford, 2011-2012: DeCastro is similar to right guard Quenton Nelson. He excels at run blocking, and can create huge gaps for runners to go through. He’s also had an excellent NFL Career.

Right Tackle: Brandon Scherff, RT, Iowa, 2014: Scherff, in his senior year for the Hawkeyes, was a consensus all-American and even won the Outland Trophy in 2014. Also has had a great NFL Career.

Punter: JK Scott, P, Alabama, 2014-2017: Scott punted the ball for the Tide 243 times. He averaged 45.6 yards per punt. That ranks in at number eight all-time in NCAA history. Scott helped Nick Saban and company control the field position battle nearly every game in his career.

Kick Returner: Dri Archer, Kick Returner, Kent State, 2010-2013: In his junior and senior seasons at Kent State, Archer was a player teams tried to avoid kicking to. During those two years he averaged 50.5 yards per return and took four to the house. Had a productive career in the NFL.

Punt Returner: Ryan Switzer, WR/PR/, North Carolina, 2013-2016: Not only was Switzer a play-maker at wide receiver, but he also starred returning punts for the Tar Heels. In his four year career in Chapel Hill, Switzer averaged 10.9 yards per return, and took seven to the house, including 5 in 2013 as a freshman.